THE ORIGINAL MOTOR 327/340 HP THE ORIGINAL 4 SPEED TRANSMISSION Sold August 1963 At Mohr Chevrolet Dallas, TX SAME OWNER SINCE 1976!! In a Climate Controlled Storage Building Incredible Original Condition ALL 100% Original Fiberglass Body Panels 1 Gorgeous Show Quality Repaint Museum Quality Undercarriage is Untouched Original Exhaust Pipes Have NO RUST Untouched Original Engine Compartment All Original Interior THIS IS A RARE FIND This special Corvette is a time capsule, you wont find many this original. This vehicle oozes patina, you dont want to miss this gorgeous Corvette - Call Joe Today 518-373-1403 OWN A PRIME PIECE OF AUTOMOTIVE HISTORY The 1963 Sting Ray production cars lineage can be traced to two separate GM projects: the Q-Corvette, and Bill Mitchells racing Sting Ray. The Q-Corvette exercise of 1957 envisioned a smaller, more advanced Corvette as a coupe-only model, boasting a rear transaxle, independent rear suspension, and four-wheel disc brakes, with the rear brakes mounted inboard. Exterior styling was purposeful, with peaked fenders, a long nose, and a short, bobbed tail. The first-ever production Corvette coupe sported a fastback body with a long hood and a raised windsplit that ran the length of the roof and continued down the back on a pillar that bisected the rear window into right and left halves. The 1963 Corvette Sting Ray not only had a new design, but also newfound handling prowess. The Sting Ray was also a somewhat lighter Corvette, so acceleration improved despite unchanged horsepower. For the 1963 model year, 21,513 units would be built, which was up 50 percent from the record-setting 1962 version. 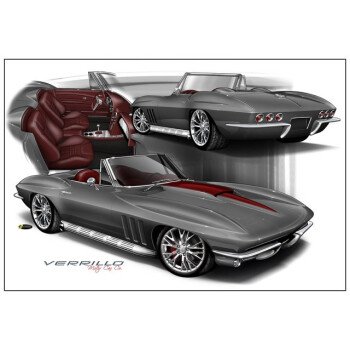 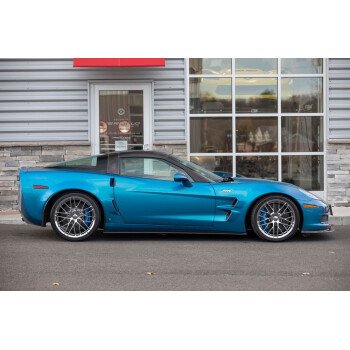 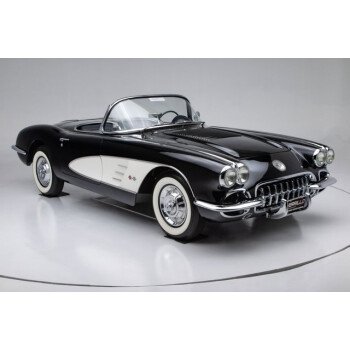 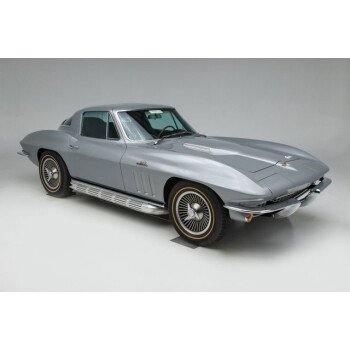