Gateway Classic Cars of Fort Lauderdale is delighted to have this gorgeous 1962 Ford Thunderbird Convertible- sporting its original colors of Raven Black on red. By 1962 the Thunderbird was continuing its growth away from competing directly with Chevrolets smaller less-accommodating 2-seater Corvette creating a new executive class luxurious performance car. The 390-4 barrel FE V8 under the hood made sure it was no slouch even with the mass created by the substantial materials. Ford was refocusing its high performance aspirations on the upcoming Mustang during the time President Kennedy was in office. A fiberglass tonneau cover covers the back seat of the car and creates a two seater appearance. The convertible top mechanism alone is an engineering marvel in itself as the trunk lid opens up to swallow the convertible top neatly out of sight. This 62 still wears its original colors of Raven Black on a red interior a stunning combination- even better in person. It was restored a few years ago but still looks very good- and it would not take too much effort to make it outstanding. The detail Ford put into these cars was just astonishing with only a Lincoln Continental as a close match to the amount of brightwork alone. The real wire wheels and wide while walls take this already gorgeous machine to a whole new level. The interior of this car is just breathtaking. It invokes a sense of nostalgia... the days of James Bond if you will as the 50s faded away toward more modern 1960s era with the clean futuristic styles. Open the door and the steering column swings away for easy access. These were build during the days of the space race with Russia; the space-age look is evident throughout. Part aircraft part car part rocket. Its like that. Imagine the looks youll get driving this down the road in your area or as you open it up on the freeway and let it roar! It was an advanced car in its day and these early Thunderbirds are now highly desirable today among collectors and anyone who appreciates fine automobiles. 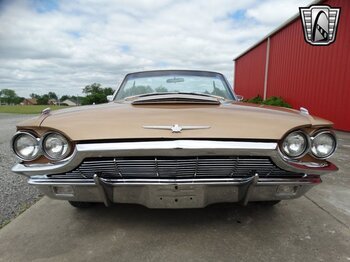 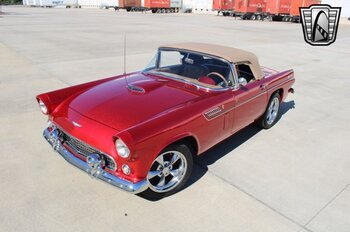 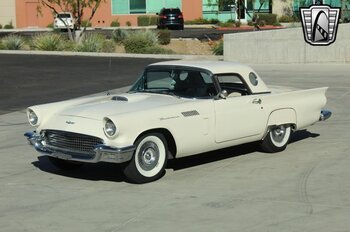