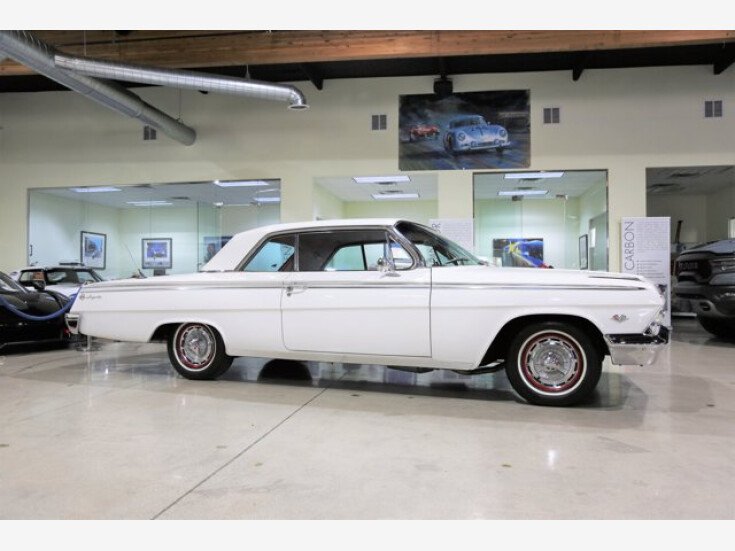 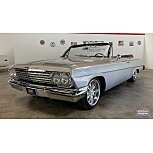 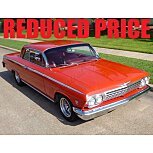 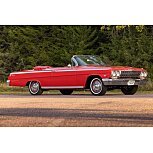 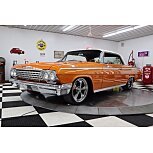 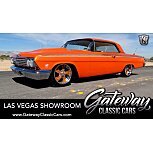 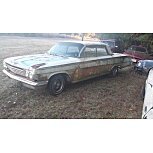 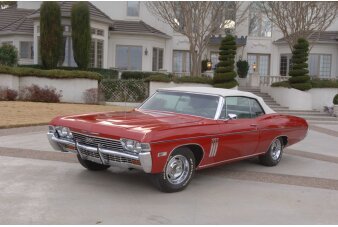 Presented is a very clean and strong running Impala SS. An older restoration, this Impala shows incredibly well and drives very nicely. Factory Air Conditioning, Power Steering and Power Brakes make it a pleasure to cruise. Powered by the 327ci V8, this is impala is a solid car that is ready for its new owner. Great lease rates and Financing also available on any of our inventory! Buy Sell Trade Consignments Welcome! Please email concierge@fusionluxurymotors.com or call 1-818-773-8181 About the Impala: The Chevrolet Impala was built for model years 1958 to 1985, 1994 to 1996, and 2000 until 2020. It was full-size except in the years 2000 to 2013, when it was mid-size. The Impala was Chevrolets popular flagship passenger car and was among the better selling American-made automobiles in the United States. For its debut in 1958, the Impala was distinguished from other models by its symmetrical triple taillights. The Chevrolet Caprice was introduced as a top-line Impala Sport Sedan for model year 1965, later becoming a separate series positioned above the Impala in 1966, which, in turn, remained above the Chevrolet Bel Air and the Chevrolet Biscayne. The Impala continued as Chevrolets most popular full-size model through the mid-1980s. Between 1994 and 1996, the Impala was revised as a 5.7-liter V8 powered version of the Chevrolet Caprice Classic sedan. The Impala name was first used for the full-sized 1956 General Motors Motorama show car that bore Corvette-like design cues, especially the grille. It was named Impala after the graceful African antelope, and this animal became the cars logo. Painted emerald green metallic, with a white interior, the Impala concept car featured hardtop styling. Clare MacKichans design team, along with designers from Pontiac, started to establish basic packaging and dimensions for their shared 1958 General Motors A body in June. The first styling sketch that would directly influence the finished Chevrolet automobile was seen by General Motors Styling vice president Harley Earl in October. Seven months later, the basic design was developed. The Impala was restyled on the GM B platform for the first time for 1961. The new body styling was more trim and boxy than the 1958 1960 models. Sport Coupe models featured a bubbleback roof line style for 1961, and a unique model, the 2-door pillared sedan, was available for 1961 only. It was rarely ordered. A Super Sport (SS) option debuted for 1961. The 1962 model featured new C pillar styling for all models except the 4-door hardtop. Sport Coupe models now featured the convertible roof styling, shared with other GM B full-size hardtop coupes. This style proved popular. The overhang roof style of the sedans was replaced with a wider C pillar with wraparound rear window. Engine choices for 1962 included the 348-cubic-inch V8 discontinued and replaced by the 380 HP 409-cubic-inch or 409 HP 409-cubic-inch engine.These engines could only be ordered with a manual shift transmission. The small-block 283 was offered with a two barrel carburetor. The 283 was also enlarged to 327-cubic-inch, offered in two versions, one with 250 HP and one with 300 HP, which added more engine choices for small-block fans. The Beach Boys produced a hit single, 409, referring to the Chevrolet, which became an iconic song for these cars. Impalas again featured premium interior appointments, plusher seats could be done by the dealerships on customer request. And more chrome trim outside, including a full-width aluminum-and-chrome panel to house the triple-unit taillight assembly. Super Sport (SS) models featured that panel in a special engine-turned aluminum, which was also used to fill the side moldings, making the SS more distinctive in appearance. The Impala also gained the top trim station wagon body design, in place of the Chevrolet Nomad model. However, unlike the passenger cars, Impala wagons had dual-unit taillights. Due to reliability problems, the optional Turboglide automatic transmission was discontinued, leaving Powerglide the only automatic transmission available until 1965. A new radio was optional. 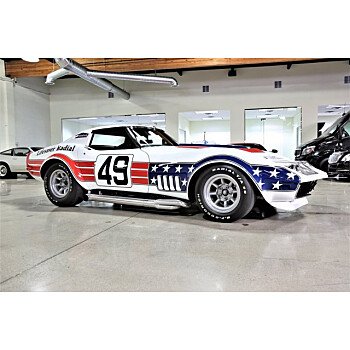 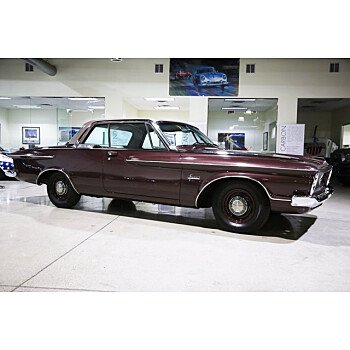