1961 Plymouth Valiant V-100 Sedan In May 1957, Chrysler president Lester Lum Tex Colbert established a committee to develop a competitor in the burgeoning compact car market which included the popular VW Beetle, the new American Motors Rambler and upcoming entries from GM, Ford and Studebaker. Design chief Virgil Exner created a car that was smaller and lighter than a full-size car without sacrificing passenger and luggage space. Originally named the Falcon after Exners 1955 Chrysler Falcon concept car, the vehicle was renamed the Valiant which means having or showing courage or valor, honoring Henry Ford IIs request to use the name for the Ford Falcon. The Valiant debuted at the 44th British International Motor Show in London on October 26, 1959. It was introduced as a 1960 model and was officially considered a distinct brand, advertised with the tagline Nobodys kid brother, this one stands on its own four tires. For consignment, a 1961 Plymouth Valiant V-100 sedan. Not often seen and actually considered rare, this quirky car was purchased new by a Mennonite woman as her daily transportation then passed onto her son when he attended Clemson University. After that the car was passed through 2 owners before being tucked away and now seeing the light of day with barn find status. It has had a color change along the way and with some TLC will definitely have you standing out from the crowd at any show you attend. Please Note: NO TITLE-SOLD ON A BILL OF SALE ONLY Exterior Quirky, unique, odd... all words used throughout the years to describe the form of the 1st generation Valiants. This example offers up straight steel nice gaps, and all bathed in a light blue respray. No notable rust is seen on the body but we do see a roughness to the paint finish along with some inclusions and overspray on the emblems and chrome. Highlights include dual headlights flanking a large chrome surrounded trapezium shaped grille, huge rear quarter glass and the love it or hate it Exner toilet seat trunk lid. The hood is a V shape and cozies up to the front quarter tops which round over and form a bump which is working its way rearward to complete in a spear in mid front doors. The chrome and brightwork on the car present with some slight dulling and pitting, especially on the bumpers but still show well. Moving down the sides, fins are created on the rear quarters run to the rear of the car then become canted down and inward providing the perfect spot for the oval taillights. 13-inch body colored steel wheels with indented button caps are wrapped in blackwall rubber on all 4 corners. Interior Deviating from the exterior, a swing of the door reveals a mix of black and gray vinyl making up the door panel. Smooth gray vinyl provides the background for a black embossed insert which holds the armrest, door release and window crank. All the panels match and present with soiling, staining and varying degrees of wear. Inside the benches have smooth gray vinyl bolsters, and the inserts feature broadcloth with blue striping and a gray and blue pattern cloth section which goes halfway up the back of the benches. The front bench presents with some tearing and soiling and the rear, while tear free, is seen with minor water staining. The original gray 2 spoke steering wheel fronts the simple full metal jacket dash with its single eyebrow over the gauge cluster. This cluster breaks the stodgy feeling of the interior with a nice machine turned background and twin large circular white-faced gauge pods. Flanking either side of the cluster are a series of push buttons, gear selections on the left and heater controls on the right. Rounding out the dash is another machine turned panel installed as a radio delete. Black rubber flooring covers the floors, showing some tearing and cracking allowing a view of the surface rusted steel floors below. Above, a tan/yellow headliner hangs with copious amounts of tearing and seam separation. Drivetrain Under the hood is a correct 170ci slant 6-cylinder engine but it is not known if its original to this car. It has a 1bbl carburetor to feed the leaning tower of power just the right mix of air and fossils. There is a Torqueflite 3-speed automatic transmission behind this powerplant and a 3.23 rear axle brings up the rear. Undercarriage Some overall patina, surface rust covers the entire undercarriage as well as some factory undercoating in the driveshaft tunnel. We do note some invasive rust in the trunk pan but the flooring and unibody remain solid. The front suspension is independent torsion bar, and rear is leaf springs. Drum brakes are on all 4 corners to provide the stopping power. Drive-Ability After installing our test battery the car did crank over but we did not get the car started. At minimum a tune up and fuel system cleaning is in order. A truly dapper quirky design, with its bump outs, metal wide body spears and fins, and dont forget the toilet seat trunk lid. Step away from the norm and allow the Valiant to lower the cost of living it up! 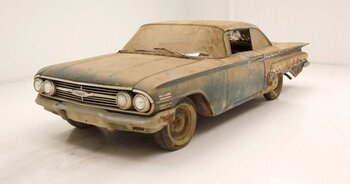 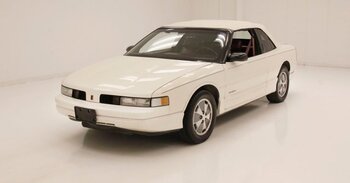 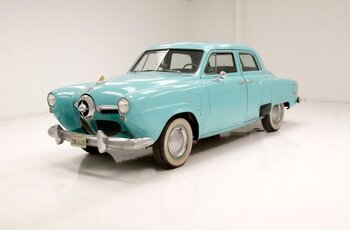