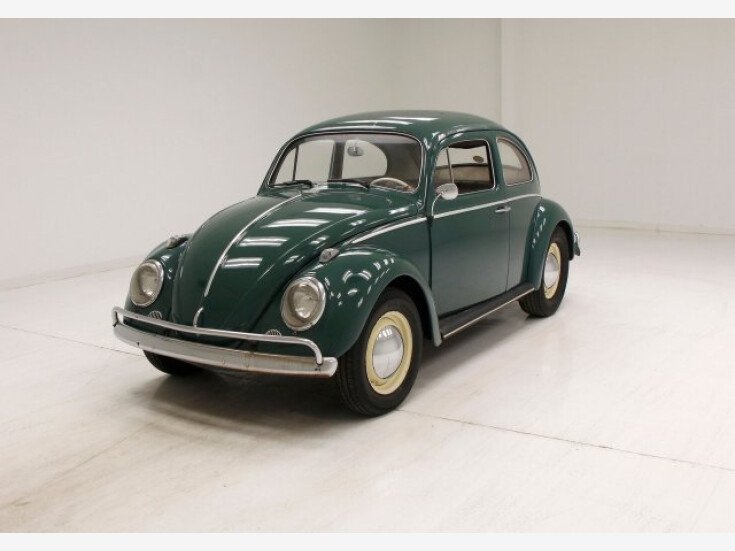 1960 Volkswagen Beetle What started off as a brainchild of a dictator, only 2 decades later became the juxtaposed icon of the peace movement. The Beetle really is a fantastic car for everyone, from the learners to the pensioners, its so easy to maintain and great to drive. There really is so much more to find out when it comes to the beetle. Keep an eye out for them, from the original to the latest bug-eyed beauty, you really never know where one will pop up. And pop right up it has, right out of the blue with this 1960 Beetle. It has been upgraded to a 1600cc power train with a 12-volt upgrade as well and now has less than 3,000 miles on it. Exterior paint will need some TLC but it is mechanically sound. 60 years old and still plenty of flower power! Exterior Now bathed in green, this bug, has in the writers opinion the nicest line since the split window departure. A wonderful profile can be seen on the side view, and in particular that rear deck from the roof to the rear bumper...it is simply sexy. Small taillights remain which adds to the mystique, and a simple rear bumper with a few areas of rust are noted, but still beautiful. Up front the panels are straight, the front bumper is just as simple, and round headlights bug eye themselves out from fenders that are rounded in a shape that only an English wheel could really reproduce, but certainly a German press could pump out by the tens of thousands. Window surrounds and seals are good, and glass is clean and clear. There are some areas of rust and paint peeling on this car, but they are minimal enough to certainly make it worth your while for the fix. Cream steel wheels with dog dish style moon caps in their centers complete the look on the bottom on all 4 corners. Interior Original dash and door panels are seen, and both remain very simple. The door panels are a faded white and have all their original fixings. Front buckets are covered, and condition of seats underneath are unknown. A rear bench which has been recovered shows some tearing on the bottom bolster area on the passengers side. The simple metal dash houses the original gauges and is fronted by an original steering wheel in white. Carpet and headliner are both in fair condition. Drivetrain A 1600 CC air cooled engine now sits in the fairly clean engine bay and has a 4-speed manual transmission on back. Undercarriage A coating of surface rust covers all panels, and it may have been invasive but repaired on the drivers floor plan area. All remains structurally solid though. Transverse torsion bars are up front and swing arm transverse torsion bars are on the rear. Drum brakes are all around. Drive-Ability It started right up and ran like a champ through the Classic Auto Mall test track. Sweet handling, a little creaking and some complaining when pushed, but it ran an overall B plus on the test trials. An early nice line example of the post split window beetle from 1960, in need of some TLC on the paint and bodywork, but overall a great starting point to begin the transformation to what you want. Mechanically sound, and an interior that could be used right off the lot, as can the remainder of the car if you just want to come in and turn the key and drive away. Gotta love the bug, man.... 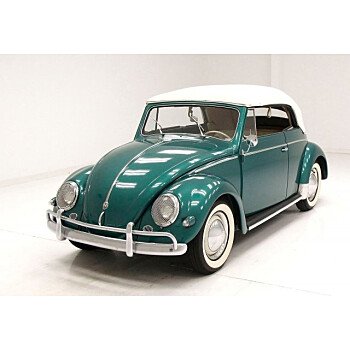 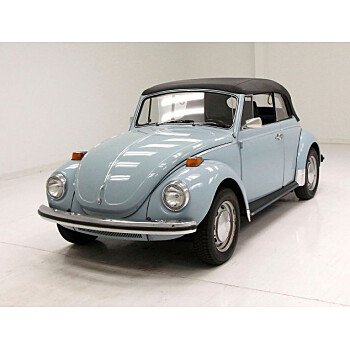 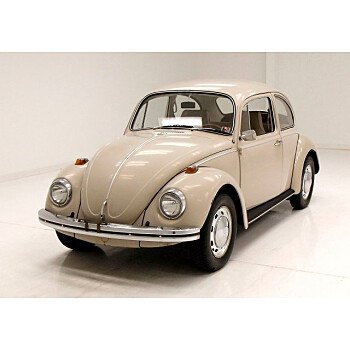 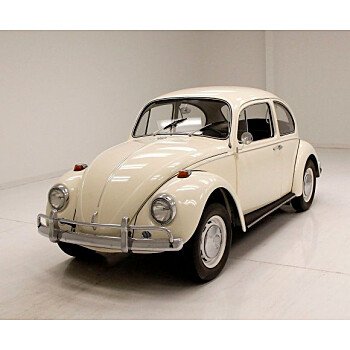