While a dramatic redesign from the first generation Thunderbirds, just look at the 1960 Thunderbird Convertible featured here. It looks awesome from every angle!! The redesign process actually produced two viable models. While one was chosen for the Second Generation Thunderbird, the other saw minor revisions and was introduced in 1961 as the new Lincoln Continental!

Second Generation Thunderbirds brought personal luxury to the Thunderbird design. The thought was that two seats limited sales of the First Generation, so in addition to the larger platform a functional rear seat with room for two adults was added. The redesign proved to be a huge success, with the 1958 model recognized as Motor Trends Car of the Year. Sales for the 1960 model year reached 92,843 cars, a sales record for the entire industry that remained unbroken for 16 years!!

This 1960 Ford Thunderbird Convertible is a two-owner car, part of private car collection until the 90s, when acquired by the second owner, an auto body specialist known for his high quality work. For over 25 years he worked on & improved the car in many ways, the most striking being the 1964 rear seat tonneau cover modified to fit this 1960 model. It adds a unique and likely very exclusive look to an already great looking convertible. Another example of unique engineering is the front disc brake conversion, using 1973 Ford Torino parts.

The convertible top retracts into the trunk area, much like the Ford Fairlane hardtop convertibles of the same era. A series of relays and excellent engineering maneuvers the rear cowl & trunk lid out of the way, making room to extend the fabric convertible top.

Interior looks like this beautiful car just came off the showroom floor, finished in the correct trim colors for the car. It features Fords Magic-Aire heating & air conditioning system for maximum comfort!!

This 1960 Ford Thunderbird Convertible is a great example of a survivor car thats been extremely well taken care of, and upgraded in ways that build value, safety, and unique elegance. Its not often you can own a true classic & honestly be only the third owner of the vehicle thats valuable right there!!

See this beautiful 1960 Ford Thunderbird Convertible, and take it for a test drive, at Borderline Classics & Auto Sales in Downtown Dinuba!! 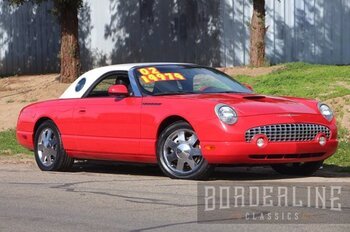 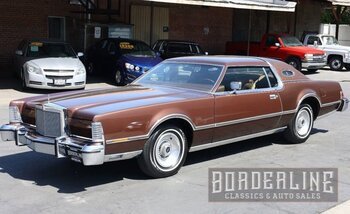 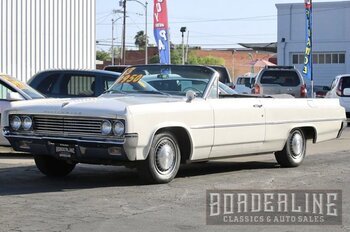 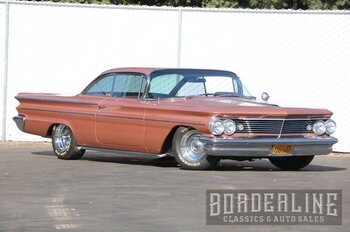