This 1959 Nash Metropolitan Convertible is a beautifully restored, award-winning microcar that is ready for some economy cruising! From when it made its debut back in 1954 all the way through today, the Metropolitan has to be one of the cutest little 50s cars ever built and from the start it was way ahead of its time. The first reason for it being such a forward thinking car is that hey are believed to be the first American sub-compact, economy car. The Metro was designed with a focus on fuel economy, which at the time was, at best, an afterthought to most American automobile designs. In fact, early Metropolitan advertising materials touted the cars ability to get up to 40 miles to the gallon, which sounded great back then and sounds even better now with todays gas prices. Another reason why the Metropolitans were considered ahead of their time is that they were, to an extent, a precursor to what Cadillac did with its Allante Convertible back in the late 80s through early 90s. Similar to what Cadillac did when it paired up with Italian coachbuilder Pininfarina, the Metropolitan was the result of a joint venture between the American Nash-Kelvinator Corporation (and later, the American Motors Corporation) and the British Austin Motor Company. On the British side, the drivetrain came from Austin, the bodies were built by British coachbuilder Fisher & Ludlow, and the cars were actually assembled in Austins Longbridge Plant in Birmingham, England. On the American side, AMC provided distribution and access to the American market through its established sales channels when the assembled cars were shipped to the United States. 1959 proved to be the most popular year for the Metropolitan with over 22,000 produced and the 59 models received some new styling and features including trunk lids and vent windows. This particular 1959 Metro comes to us from a large private collection of some truly eccentric automobiles and is believed to have won a concours award from the Metropolitan Owners Club of North America a number of years ago. Under the hood on this 59 Nash Metropolitan is a 1.5 Liter Inline 4 Cylinder engine paired with a single barrel carburetor that pushed out 52 horsepower in its day. A 3 speed manual transmission is mated to the 1500 CC Austin engine and is shifted using a three-on-the-tree style dash mounted shifter. The chrome and brightwork around the exterior of this microcar is in wonderful shape and has a great look. The black vinyl manually-operated convertible top is in fantastic condition as well and provides plenty of cover from the elements whether that be extra shade on a sunny summer day or rain should an unexpected shower pop up. The exterior is refinished in its correct two-tone color scheme consisting of Mardi Gras Red on top and Frost White below the belt line. A set of wide whitewall bias-ply tires on matching painted rims with Metropolitan logo hubcaps, along with a rear mounted continental kit, complete the exterior look of this car. The interior on this 1959 Metro is stunning! The front and rear bench seats have been correctly reupholstered in White Vinyl with Grey Diamond-Pattern fabric inserts. The dash, door panels and steering wheel all are in wonderful condition and appear to be in their stock configuration. The dash is equipped with an 80 MPH speedometer, fuel gauge, and AM radio. Whether youre buying your first classic car or youre adding to your existing collection, this 1959 Nash Metropolitan Convertible would be an excellent choice. Give us a call today! 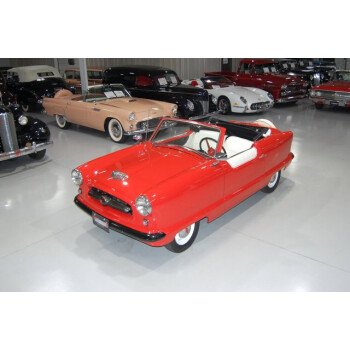 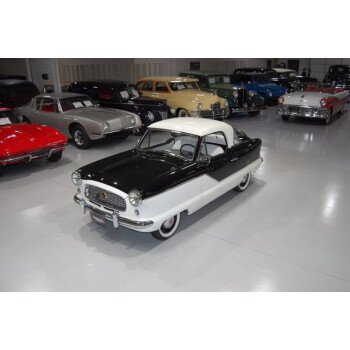 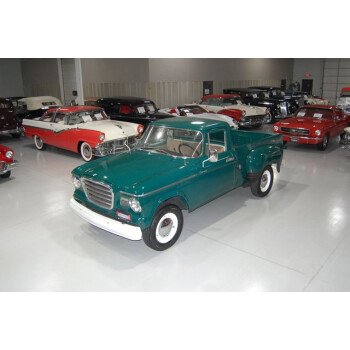 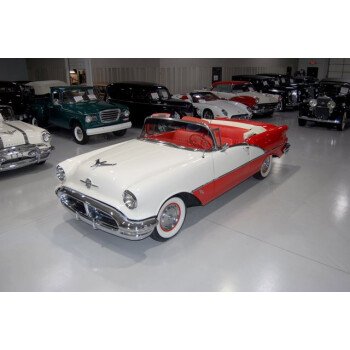