The Market by Bonhams

The Citroën 2CV is one of only a very few cars that can claim to have genuinely changed the world bringing as it did mobility to people that couldn’t have otherwise afforded it.

Born in 1936, it continued to be built, sold, and driven in essentially the same form for the next half-century – and even then, in the 20th century’s sunset years, it was legislation that finally killed it off rather than a lack of consumer demand.

Even though the 2CV’s development was slow - and never cutting-edge – most agree that cars from the 1980s best balance those classic looks with almost-modern performance: The 602cc engine might not be a powerhouse but the 2CV’s ridiculously lightweight design allows you to cruise at motorway speeds and still have another one mile-per-hour in reserve should you need to overtake anything travelling at the legal limit…

Infinitely repairable and now served by a massive aftermarket parts and service network, it appeals to diehard enthusiasts, bearded hipsters, and engineering aficionados with equal aplomb, which means our next listing is sure to draw a huge amount of interest.The first 2CV delivered in 1949 had a top speed of 40 mph, had only one taillight, and a windshield wiper whose speed was determined by the speed of the car. The 2CV is often the butt of the joke to automotive enthusiasts and outsiders alike thanks to its obscure looks, but many forget, the 2CV was actually a smash hit that greatly improved the lives of those considered to be part of the low-income market segment. Months after going on sale, a three-year waitlist had to be created. Shortly after that, the waitlist increased to five years. Production went from 876 units in 1949 to 6,196 units in 1950. Between 1951 and 1959 the 2CV gained several features to help the vehicle stay up to date without dramatically increasing the price. The upgrades are as follows: ignition lock, lockable driver’s door, a nightlight for the speedometer, side repeaters, heating, and A/C. Although Citroën Director Pierre-Jules Boulanger passed away in 1952, his policy for 2CV sales stood strong after his death. “Priority [for the 2CV] is given to those who have to travel by car because of their work, and for whom ordinary cars are too expensive to buy.” Citroën preferentially sold 2CVs to countryside veterinarians, doctors, midwives, priests, and small farmers.

This little Citroën’s gray exterior is in decent shape. It isn’t perfect, but for the most part all the panels are straight and there is certainly no major damage to the exterior. The trim around the car is in fair condition. However, up on the front bumper, the license plate mount appears to have taken several impacts and does seem to be showing minor corrosion signs where the paint has chipped off. The canvas top lays flat over the body and does not appear to have any holes or tears from the outside. The steel wheels aren’t particularly flashy, but they do show minimal damage. Tire tread looks decent, but we always recommend a new set. Glass around the car is clean and free of both chips and cracks. Overall, this 2CV’s exterior is relatively clean and doesn’t seem like it will need much in the way of repairs.

The Market by Bonhams 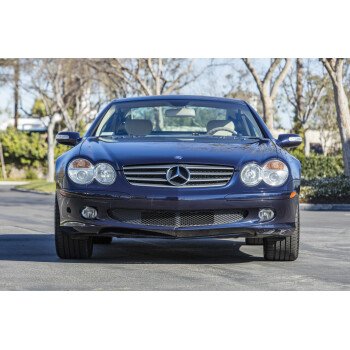