1959 Lister-Chevrolet Costin Lister Costin #1, Prototype Chevrolet 327 CI (5.4 L) V8 4-speed manual transmission Raced at Goodwood in its 1959 debut Completely restored and race prepared Invited to the Goodwood Revival Eligible for historic racing worldwide In all of vintage racing, there is no more desirable or collectible category of cars, than the front-engined sports racers that ran in International and SCCA competition from the mid 1950s into the early 1960s. As a group, they embody the beautiful shapes, wonderful sounds, and exhilarating performance that defines historic racing. During that era, probably the most respected and successful independent manufacturer was Lister of Cambridge, England. In the early 50s, out of a personal love for racing, Brian Lister steered his third generation engineering and fabrication company into building racing cars. Beginning with MG and Bristol powered sports cars, the young team immediately made a mark on the European racing circuits. After a fire at Jaguars Browns Lane Plant destroyed the competition department in February 1957, Lister was there to pick up the pieces. Now with a supply of Jaguar D-Type engines, Listers cars started to dominate racing in Europe. In the U.S., Listers cars were fitted with Chevrolet V8s by the likes of Briggs Cunningham, Jim Hall, and Carroll Shelby. By 1958 Lister was a force to be reckoned with on both sides of the pond. The Lister Knobbly, as the 1958 car was commonly known, was regularly seen beating the best Europe and the U.S. had to offer, including the factory Jaguar entries sharing the same engine. To maintain Listers competitive advantage for the 1959 season, Brian Lister hired noted aeronautical engineer and aerodynamicist Frank Costin to redesign the Knobbly. His credentials included years of work for de Havilland Aircraft company, as well as designing the sleek bodywork for the Lotus Mark VIII, Lotus Eleven, and the Vanwall VW5 - the winner of the very first F1 Constructors championship. Drawing on all of this expertise, Costin penned the design for the Lister Costin, which was in many ways a true D-Type successor. In total, thirteen Lister Costins were built; one Chevrolet V8 powered prototype, and twelve production versions; three with Jaguar power, eight with Chevrolet V8 engines, and one with a Maserati V8. BHL 121 holds the distinction of being the prototype, and very first Lister Costin. Fitted for a Chevrolet V8, the car was cloaked in Costins new, lithe body design. The car was delivered to its first owner, gentleman racer John Ewer, in early 1959. Ewer would go on to successfully race BHL 121 at Snetterton, Goodwood, and Silverstone over the next year. Ewer sold the car in August 1960 to Jimmy de Villiers of Southern Rhodesia. Villiers would export BHL 121 to Africa to participate in the 1st Rhodesian Grand Prix. The car ran next with Rhodesian driver John Love at the wheel, and is believed to have won a South African Championship for him. In 1986 the car was found and purchased by Cedric Selzer, a former Team Lotus F1 mechanic turned restorer, and returned it to UK. Shortly after, veteran club driver David Beckett purchased the disused, but original racecar, and engaged in a complete restoration that was completed in 1987. Beckett would go on to race the car at historic events throughout the late 80s and early 90s, with Beckett winning the HSCC and AMOC Championships in 1988 and 1991. Beckett would go on to sell BHL 121 in the early 90s to David Clarke of Taylor and Crawley, who subsequently traded the car to a new owner who hired accomplished sports car drivers Tony Dron, and Soames Langton to pilot the it at historic events. The car would eventually be sold at the Brooks Auction at the 1995 Goodwood Festival of Speed for $184,000. The high-bidder was Vintage Racing Motors from the USA, and they exported BHL 121 to the U.S., where it would join their fine historic race car collection in Seattle. In 1999 the Lister Costin found a new owner, Pat Hart. Hart handed it over to New Zealander, Tony Garmey of Horizon Racing and Performance in Maple Valley, Washington, for a complete restoration and race preparation. Garmey completed the restoration in record time, and went on to take 2nd in class at the Monterey Historics later that year. He would continue to race the car for the next decade, both on the West Coast and in New Zealand. He returned to the Monterey Historics in 2001 to sit on pole and win his class against Ferraris, Maseratis, and other Listers. Since arriving at Canepa BHL121 has been mechanically sorted, and cosmetically refinished in its original stunning Crimson Red paint with Wimbledon White roundels. A hand painted number 1 is emblazoned on the side, just as it was when it raced in 1959. The car is running period Hilborn fuel injection on its fresh 327 cu in Chevrolet fed through a T-1O 4-speed dog-leg transmission. It sits on new Dunlop rubber wrapped around alloy Dunlop wheels. The wheels were handmade in Australia to be 100% visually period correct while at the same time meeting modern racing stress specifications. The car has been fully crack checked. Period Racing History Raced at Snetteron, March 22, 1959 - Driver: John Ewer Raced at Goodwood, March 30, 1959 - Driver: John Ewer Raced at Snetteron, September 6, 1959 - Driver: John Ewer, 4th Place Raced at Martini Trophy Silverstone meeting, May 21,1960 - Driver: John Ewer, 3rd Place 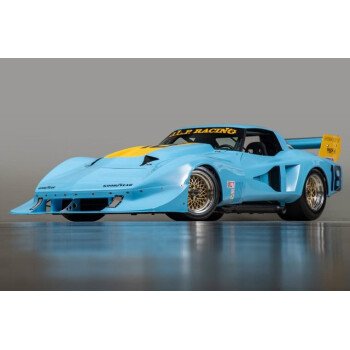 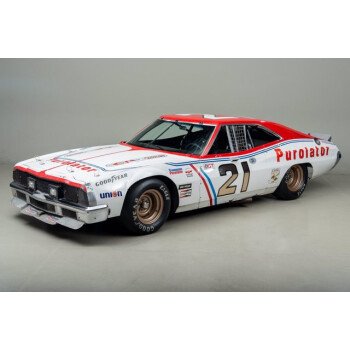 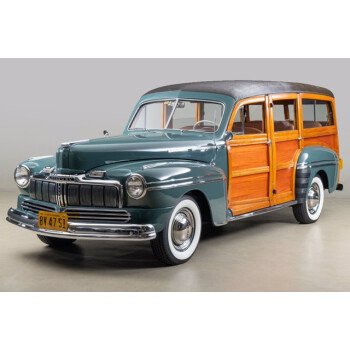