Gateway Classic Cars of Atlanta is proud to represent this gorgeous 1959 Chevrolet Corvette! The Chevrolet Corvette (C1) is the first generation of the Corvette sports car produced by Chevrolet. It was introduced late in the 1953 model year and produced through 1962. This generation is commonly referred to as the solid-axle generation as the independent rear suspension did not appear until the 1963 Stingray. In an era of chrome and four headlamps the Corvette adapted to the look of the day. The 1958 model year and the four that followed all had the exposed four-headlamp treatment and prominent grilles but a faux-louvered hood and chrome trunk spears. For the 1959 model engines and horsepower ratings did not change. Interiors were revised slightly with different instrument graphics and the addition of a storage bin to the passenger side. A positive reverse lockout shifter with T handle was standard with 4-speed manual transmission. This particular 1959 example is finished in its factory Crown Sapphire paint over Turquoise interior with a White Soft Top free of tears. Power is sent to the rear wheels by a 283ci V8 Engine fueled by dual quad carbs mated to a T-10 4-Speed Manual Transmission. Additional features include seat belts AM/FM radio manual convertible top vinyl interior and white wall radial tires. Step back in time and enjoy the elegance of the iconic C1 Corvette shape while simultaneously impressed by the driving quality and roar of the small block V8! 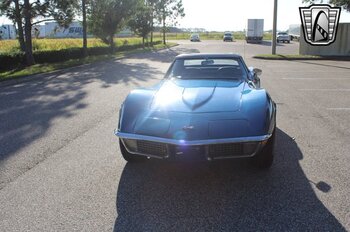 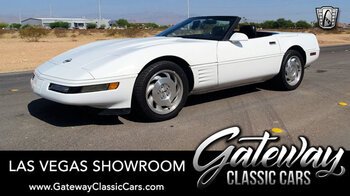 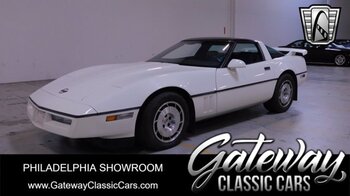 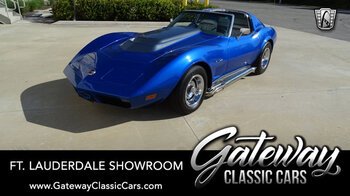