Sharing a direct lineage with the Le Mans-winning Jaguar XK 120 and its celebrated XK 140 successor, the penultimate XK was both a product of evolution and a car that stood on the shoulders of giants. The most evolved variant until the arrival of the E-Type, the XK 150 married tried-and-tested XK components including the venerable 3.4-litre straight-six engine, chassis, Moss gearbox, and running gear with sharper rack-and-pinion steering and four-wheel Dunlop disc brakes, to create the most refined and usable sports car that Jaguar had ever produced.

Thoroughly modernised with a wide body, high scuttle, and striking one-piece curved windscreen, the range was joined in 1958 by arguably the most beautiful variant the Roadster which added the convenience of wind-up windows. In top-spec S trim, the car came equipped with a revised straight-port cylinder head mated to triple SU HD8 carburettors modifications that contributed to a power output of 250 horsepower and helped give rise to a legend.

This ultra-desirable performance variant numbers only in hundreds, of which chassis 830910 is one, having been completed at Jaguars Browns Lane facility on 8 July 1958, less than three months after the introduction of the S with Roadster body style. As such, this example features an S -prefix chassis number, and rare early features including centrally mounted heater, and original chassis plate affixed to the nearside bulkhead. Specified in left-hand drive, with a close-ratio Moss overdrive gearbox, limited slip differential, and finished in Carmen Red over a matching red interior and contrasting black soft-top, this XK 150 S was dispatched to Jaguars U.S. distributor in New York on 28 August 1958, after which it began its new life in the United States.

Correspondence with the cars most recent North American owner details his discovery of the Jaguar in Oklahoma City, where it is thought to have resided for some time, having reportedly been laid up for more than two decades. After negotiating its purchase in 2014, its U.S. owner later decided to sell the car, and it quickly made its way back to the United Kingdom via a Miami-based dealer. Shortly after its repatriation, the dry-state, near corrosion-free project was bought by the vendor with a view to carrying out a full concours-standard restoration.

Leading specialists were duly commissioned, with former Jaguar Classic Works engineer David Williams charged with overhauling the original engine, along with the rare four-speed close-ratio Moss gearbox. Panel repairs amounting to 11,525 were tasked to Midlands-based DT Classics, while painting of the chassis and body was trusted to Martin Collins at MRC at a cost of more than 20,000. Marque specialist Suffolk & Turley, meanwhile, was charged with retrimming the Jaguar, completing the work in late 2020 and issuing an invoice for 13,791.60. Final fit, finish, and shakedown was spearheaded by Paul Burden of Corley Ash Garage in Corley, Warwickshire, who carried out more than 55,000 of a work between 2017 and 2020, detailed in a sheaf of more than 20 invoices. In addition to the catalogue of receipts, the Jaguar is accompanied by a digital file comprising some 600 restoration photographs, and intimately detailing each stage of the rebuild.

Resplendent in its factory-correct Carmen Red and fully refurbished in every respect, with an underside to match its exterior finish, chassis 830910 today presents in immaculate condition and to its precise delivery specification, reflecting its owners meticulous eye for detail, passion for the marque, and irrepressible desire to strive for a concours-quality finish.

Every once in a while, a car comes along that can lay justifiable claim to being one of the best of its type. Chassis 830910 is one such machine; an exemplary Jaguar for the discerning few who demand only the finest example. Wanting for nothing more than to be driven and enjoyed, this beautifully restored Jaguar XK 150 S will be equally at home on the concours field as it is the open road, or simply serving as a remarkable exemplar of one of the most coveted, usable, and engaging British sports cars of the 1950s. To view this car and others currently available, please visit the RM website at rmsothebys.com/en/home/private-treaty-sales/. 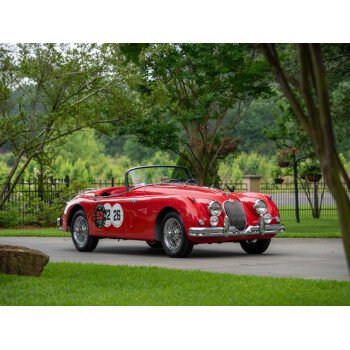 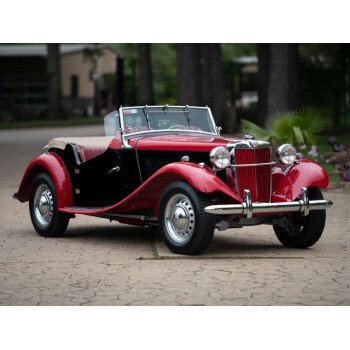 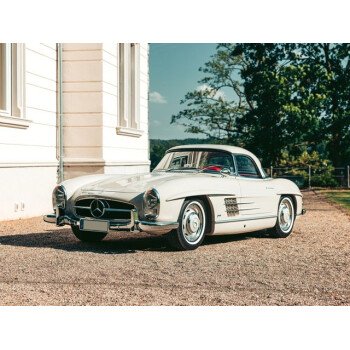 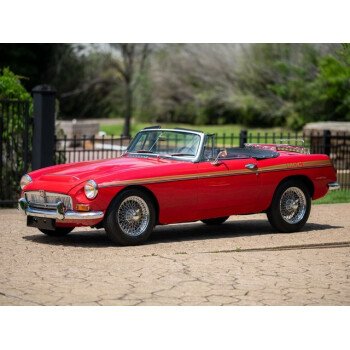