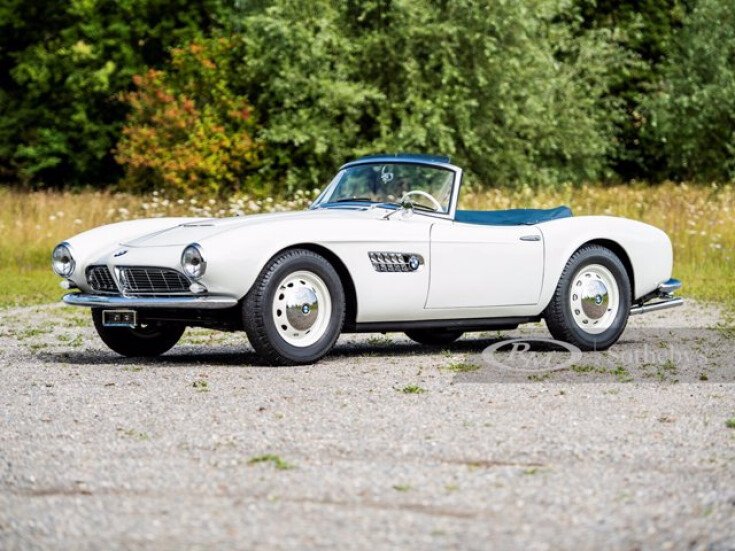 In the context of BMWs enhanced status in the 21st century global marketplace, and its long-established commercial success, it seems somewhat ironic that their most fabled offering the timeless 507 was, at the time of its manufacture, a relative commercial flop.

Inspired by legendary Austrian-born, New York-based automotive importer Max Hoffman who had introduced the likes of Jaguar, Porsche, and Mercedes-Benz to the burgeoning 1950s US car market the 507 was intended to revive BMWs image as a manufacturer of luxury and sporting cars, whilst simultaneously offering a viable alternative to the likes of Mercedes 300 SL Coupe and the Porsche 356 Speedster. As contemporary US importer of all three German marques, Hoffman was keen to position the 507 carefully; its target selling price of $5,000 was set so as to avoid exerting undue and unwanted influence on sales of the cheaper Porsche, or the more expensive Mercedes. Although aimed principally at the US market, the 507 would naturally also be available in Europe, and Hoffman initially harboured hopes of production stretching to several thousand units a year.

Although unveiled in mid-1955, production of the 507 did not begin in earnest until late 1956. The new model featured a shortened version of BMWs tried-and-tested 501-series chassis, with double wishbone and torsion bar front suspension, a Panhard rod-located live rear axle, and Alfin Drum brakes to all four wheels, although later cars did benefit from Girling front discs to improve stopping efficiency. Power was provided by a 3.2-litre V-8 Type M507/1 engine of 150 horsepower, this being an essentially similar powerplant to that of BMWs 503 GT model, albeit with a higher-lift camshaft, revised ignition timing, and a mildly increased compression ratio. Close Hoffman associate (and fellow adopted New Yorker) Albrecht von Goertz led the design team; the resulting cars rakish two-seater aluminium body and lavish chrome fittings exuded a noticeably transatlantic air in order to maximise its appeal to prospective US buyers.

Performance was spirited rather than spectacular, with a top speed of around 125 mph and 60 mph achieved in around 11 seconds, but it was the cars considerable torque that was arguably its greatest asset in performance terms. With power produced from as low down as 1,000 rpm, the 507 could easily outpace its Mercedes counterpart from 40 to 80 mph in top gear, although the 300 SL held a considerable advantage both in acceleration from rest and top speed.

In mid-1957, after the production of just 34 retrospectively titled Series I cars, the Series II 507 was introduced, offering a revised dashboard, greater cabin and boot space, and a more discretely stowed fabric roof. However, the cars lengthy gestation period and higher-than-anticipated production costs meant that much to Hoffmans chagrin BMW never came close to meeting either his suggested selling price or projected production numbers. Upon its initial introduction to the US market, the Series I had retailed at some $9,000, with the later Series II cars increasing to almost $10,500 figures which contrast starkly with the 300 SL Coupes comparatively modest price of $6,820 and account for the production of just 252 507s over the course of its three-year lifespan.

AN EXAMPLE AS ELEGANT AS IT IS RAREFIED

This magnificent Series II example chassis number 70175 left the Milbertshofen factory on 2 September 1958, finished in the classic BMW combination of Papyros (off white) with contrasting red and white leather interior. Originally fitted with engine number 40193 which it retains to this day the car was officially delivered to Swiss BMW importer Motag of Zurich on 18 September, for onward delivery to its original owner Herr M. Fehlt of Schachen, near Lucerne. It is unclear how long Herr Fehlt retained the car, although its next documented owner was Gottfried Schaeppi of Rudolfstetten, near Zurich, in 1985.

During Herr Schaeppis ownership, the car was listed by the BMW 507 Register as being under restoration , although interestingly at this point it was still referred to as being white with red and white interior, rather than white with blue and cream as it appears now. By 2005, the car had passed into the custody of renowned BMW 507 authority Hans Theil of Winterthur, near Zurich, who effected a comprehensive four-year restoration. In 2010, ownership of the car passed to Daniel Theil, also of Winterthur, before passing into the incumbent owners hands in 2013.

Chassis no. 70175 displays a recorded mileage of just 24,202 kilometres at the time of cataloguing. It has recently benefitted from a comprehensive overhaul of both the ignition system and the original twin Solex 32 NDIX carburettors by VGS Motorsport of Koln, as well as a full diagnostic check and setup on their dedicated Rolling Road facility. It is presented in near-faultless condition today and boasts delightful period touches; not least its original Becker Mexico radio, wing-mounted streamlined wing mirrors and original BMW chassis and body plates.

The enduring appeal of the BMW 507 can be attributed to its incomparably elegant styling, effortless performance, superb build quality, and incredible rarity; the last of which is underlined by the fact that total production of the 507 represents less than eight per cent of that of the Mercedes-Benz 300 SL. Yet a final, more subjective aspect of the 507 is its critical if perhaps unwitting contribution to BMW history. While it is beyond doubt that the model took BMW to the brink of bankruptcy, it is also true that its commercial failure prompted the Quandt family to increase their stake in the company, thereby setting it on the highly successful mass production-led philosophy with which it persists to this day. As with so many other celebrated motoring might-have-beens the Bugatti Royale, BRM V16 and Jaguar XJ13 being but three cases in point the BMW 507 is undoubtedly an instance of the whole car being immeasurably greater than the sum of its parts, and one whose significant legacy is assured for all time.To view this car and others currently consigned to this auction, please visit the RM website at rmsothebys.com/en/auctions/sm21. 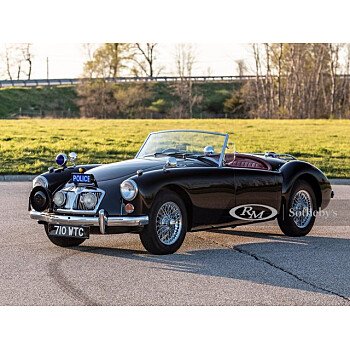 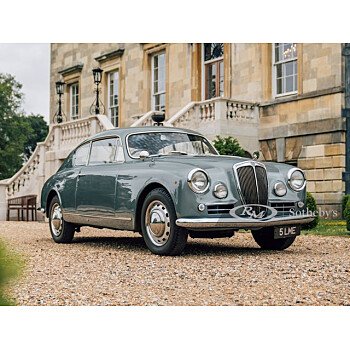 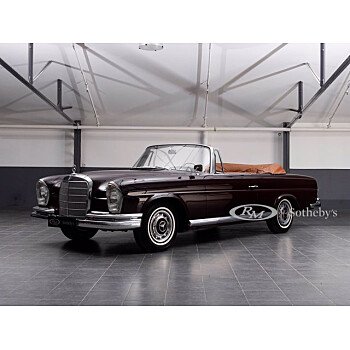