Stunning 1957 Porsche 356A Speedster with Coachwork by Reutter: Excellent Driver with a Well-Documented History This 1957 Porsche 356A Speedster is a gorgeous driver wearing an older restoration and comes with history back to day one. Offered with a copy of the Kardex showing it was delivered as it is today in white paint, but had a red leatherette interior. It now has a Super 90 engine installed (Engine #801530). It starts right up, runs, and drives excellent. A beautiful example with nice paint, chromework, and a tidy interior. The agency through which it was originally sold was Autohaus Kahrmann in Fulda, one of the four main companies supplying the home market, and based north-east of Frankfurt, they remain in business to this day. By the early 60s the car was in the USA and owned by Glenn Hoffmann of Harrisburg, PA, who raced it in E Production class, initially using a pushrod engine before converting the car to run with a 1500 Carrera unit. At that same time its rear deck lid was switched for a lightweight Carrera unit, as well as a high revving tachometer and other racing bits, most of which were purchased from the legendary Carrera Speedster racer Bruce Jennings of Townson, Maryland, who has been described as utterly fearless on the race track. From Hoffman the car passed to Bob Schreter of Rosswell, Georgia, he continued to race the Speedster in the late 1960s at Lime Rock and on Hillclimbs too. He would recall winning a lot in the day. Staying in Georgia it moved on to Milton Bailey of Atlanta in the early 1970s. After this, the car was basically retired, it passed through the hands of Kevin Heaney, Jack Gray and then Jerry Kendall, all also of Atlanta. In March 1986 it was bought from Kendall by John Summer of St. Petersburg, Florida, who would ultimately retain it for many years. Summer was responsible for the restoration that we see here today. During this the Carrera motor was removed and a Super 90 unit 801530 installed in its place, but it remained nevertheless a hotted car, with 40IDF Webers fitted, and the 741 transmission retained the BAE3C GS/GT Hillclimb gears as well as a limited slip 633 ring gear pinion. Summer sold the Speedster in 1994 to Kevin Fiske in Washington State, it remained with him for a couple of years then arrived in long term ownership in Massachusetts, before passing to the previous owner. A thick binder of receipts for parts and the work done together with much information on the cars history accompany it. Looking like it really means the business its light racing guise includes headlamp grilles, hood straps, the aforementioned Carrera engine lid, and GS/GT tach. The original body hugging seats are now finished in black leatherette piped in red, and racing seat belts are fitted. Reported to go like a scalded cat, this is an honest, older restoration of an icon with a well-charted history.Chassis no. 83100Engine no. P801530 Documented history Finished in original color scheme of white Many performance upgrades Racing detail features including alloy 6 louver Carrera deck lid Offered with history file, restoration records, and KardexPrice: $325,000 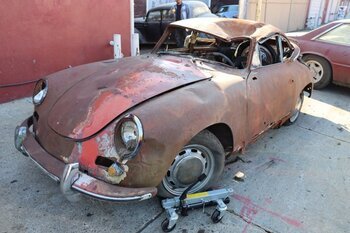 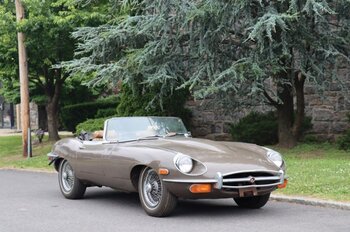 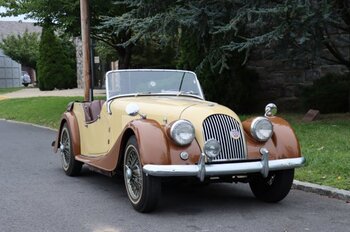 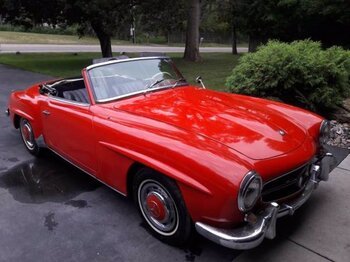