West Coast Classics are proud to present an absolutely exceptional and great daily driving and completely rust free and mostly all original California example of this 1957 Mercury Turnpike Cruiser 2 Door Hardtop with its original 368/290HP V8 engine in its original factory beautiful and striking Pastel Peach color paint with original full length bodyside stainless trim with rear quarter panel gold anodized trim on tailfin and with a gorgeous condition and mostly all original and unrestored interior. The car is fully loaded with factory options including the:368/290HP V8 engine,Power windows including the legendary Breeze Way power retractable rear window,Town & Country push button AM radio option,Dual exhausts,Dual mirrors,Oval Deep Dish steering wheel,Push button transmission,Combination electric clock and trip odometer,Monitor Control Panel instrument panel,Seat-O-Matic Power Memory seat,Chrome window surround moldings,Power steering,Power brakes,Horn ring,Heater & defroster,Tinted glass,Padded instrument panel,Full wheel covers and whitewall tires!The Mercury Turnpike Cruiser would be both the top-of-the-line Mercury as well as one of the most gadget laden cars ever produced in the 1950s whilst also boasting the larger and huge new 368 CID 290HP V8 engine which was first seen in the 1956 Lincoln line. Mercurys automatic transmission known as the Merc-O-Matic now featured a Keyboard Control pushbutton feature similar to what Chrysler was using at the time but which also featured a pushbutton to start the engine and a push/pull control to set the parking brake and for locking the transmission in gear. This was definitely unlike any Mercury ever produced to date. The Turnpike Cruiser Hardtop used a unique windshield that wrapped upward to give better vision with the upper area capped at each end with supplementary roof-level air intakes with faux antennas projecting from the center and each operated by its own interior control. It had a unique oval steering wheel flattened at the top for an even better view of the road! The twin roof level air intakes were part of the Breeze Way ventilation system that included a power operated rear window section which lowered into the rear deck compartment and which some considered better than actual air conditioning! The Seat-O-Matic power system allowed an almost infinite combination of some 49 different seating positions and the Turnpike Cruisers clock was actually a combination clock and Average Speed Computer that reported the average speed at any point on a trip. The padded dash with rubber housings for the tachometer and clock surrounds was a safety feature and the first of its kind. In addition to all the other power options as standard, it is clear to see why the 57 Mercury Turnpike Cruiser was dubbed the King of Gadgets and Mercury was to market the car as The most advanced car you can buy at any price!A Mercury Turnpike Cruiser Convertible was selected as the official pace car for the 1957 running of the Indianapolis 500 mile race which marked only the second time in Mercurys short history to be selected for this honor. These Mercury Turnpike Cruisers were the top-of-the-line offerings for 1957-58 and in 1957 were widely promoted as a separate series only to be reduced to a Montclair sub-series for 1958 before the high cost of buying one, and maybe some aversion to its flamboyant looks and gadgets galore, but more importantly the unfortunate recession of the late fifties which took its toll on many mid-market models of the era such as the Turnpike Cruiser and Edsel, which led to the model being dropped from the Mercury line up after only two years of production. In later years, the high performance of the Turnpike Cruiser would help popularize the cars use in demolition derbys, one of the reasons along with its limited production numbers why you wont see many of them out there today. It wasnt even considered a true collectors car until recently, when people started to appreciate its uniqueness (and rarity)! The four-door model with the Continental kit measures an astonishing 18-1/3 feet in length. The Mercury Turnpike Cruiser is a now revered as a true American classic and treasure of automotive history.This particular example is exceptionally rare and unusual as a true mostly all original survivor with no signs or history of any accidents or rust ever! The floor boards, trunk and all the typical rust-prone areas are solid and rust-free. The car has a beautiful and very professional repaint in its original Pastel Peach factory color and has a beautiful complimenting tri tone correct original material interior with all its original factory instrumentation intact including the original AM Town & Country radio, all of which is in quite exceptional and original specification condition throughout.The 368/290HP V8 engine is extremely strong and powerful and sounds absolutely magnificent and this particular car also drives absolutely magnificently - a truly remarkable daily driver that will give any modern day car a run for its money! The transmission shifts smoothly through the gears and the car is an absolute pleasure to drive!This is an extraordinarily rare opportunity to own a great daily driving and mostly all original, only restored where required over the years, and completely rust free 1957 Mercury Turnpike Cruiser 2 Door Hardtop Coupe in a very striking color combination and beautiful matching interior! A true all American classic car for the Mercury enthusiast or simply any classic car enthusiast to enjoy today! 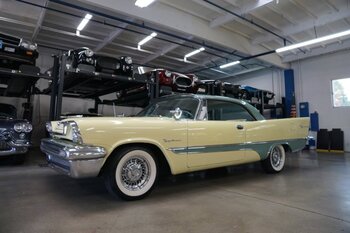 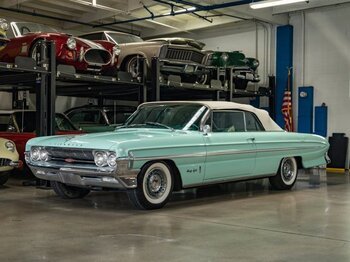 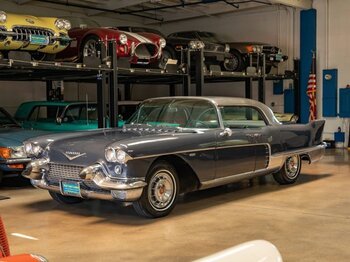 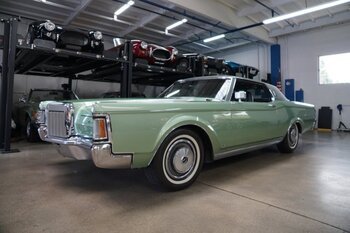