$20,000 PRICE REDUCTION!! This is a beautifully restored 1957 Jaguar XK140 SE Fixed Head Coupe that has accumulated 88,000 miles from new and is stunning in its Carmen Red livery. This Special Equipment (SE) Coupe is incredibly rare, reported to be one of only three built from new with left-hand drive and a 3-speed Borg Warner automatic transmission. Having lived much of its life in the dry climates of Western US and then benefitting from a complete restoration, this SE Coupe is ready for concours exhibition or touring alike. This XK140SE was completed at the factory on June 7, 1956 and was dispatched through Hornburg of Los Angeles to Harrahs in Reno, Nevada, as confirmed by the Jaguar Heritage Trust Certification. We could easily picture Bill Harrah driving this Jaguar as one of his new daily drivers. The SE or also know as the MC, is the top-of-the-line offering with wire wheels, dual exhaust, fog lamps and a higher performance head from the C-Type. Over the years, this SE Coupe has been a regular entrant at numerous shows throughout the 1990s and early 2000s, just after its restoration in 1989. This Jaguar was repainted and the interior upholstered while the drivetrain was out. It was also during this time that the engine was upgraded to a 3.8-liter block from a MkII with a head fitted with hardened valves and seats. In 2002, the previous enthusiastic owner participated in a Jaguar sanctioned tour covering over 4,000 miles from Reno, Nevada to Albuquerque, New Mexico, all done without any incidents. By 2007, this Jaguar was acquired and became part of a 3,500 car collection, one of the most valuable collections in the world. The livery is sexy and sporty in its rare original Carmen Red that is in overall very nice show quality condition. The paint has excellent shine and luster with only a few very small chips that have been touched up. The chrome overall is in very good to excellent condition. We love the chrome wire wheels offering a perfect contrast to the Carmen Red paint. The correct wide white wall tires are as specified on its build records. The interior is stunning in its gray leather which remains soft and supple today. The gray contrasts well and looks more contemporary today. The gray carpet looks nice but shows some wear and use due to its history of touring. The gorgeous burl walnut dash and trim are luxurious and elegant. The wood was beautifully restored and looks very nice today. This Jaguar has the extended legroom in the cockpit which makes its roomy and comfortable. The space behind the front seats allows for the storage of luggage during longer tours. This SE Coupe has a later model upgraded 3.8 liter DOHC engine with dual SU Carburetors delivering 220 bhp. The three-speed Borg Warner automatic transmission with its upgraded engine makes for ease of driving along with spirited performance. The entire drivetrain was restored and rebuilt, including the engine, transmission, brakes, suspension, and rear end. In our recommissi 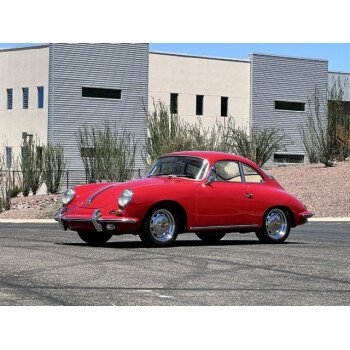 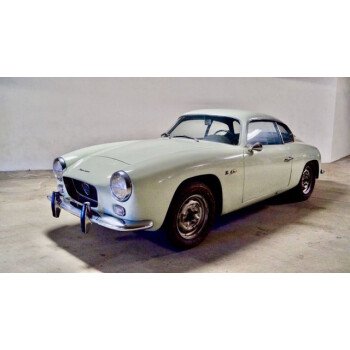 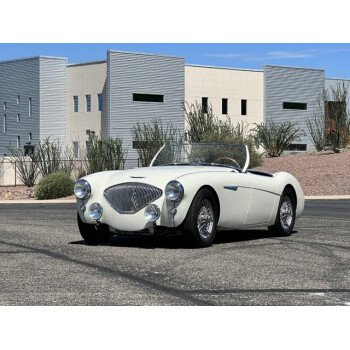 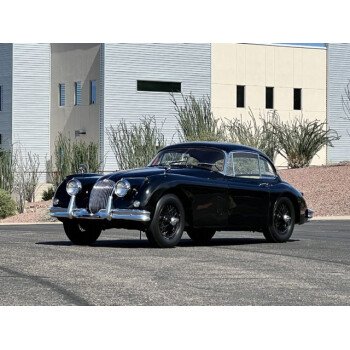