West Coast Classics are proud to present a great example of this 1957 Chevrolet 210 Bel Air 2 Door Custom 350 V8 Sedan on a very straight body and boasting modern upgrades including power steering, power brakes and vintage air conditioning.One of the USAs most recognized classic cars ever, the top-of-the-line Bel Air series, introduced for the 1953 model year, replaced the Styleline DeLuxe series. It was to become the most desirable Chevrolet model of the 1950s, offering a balance of style and luxury appointments unavailable in the base 150 & 210 series and offered in a wide range of body styles, including a convertible, Sport Coupe hardtop, two- and four-door sedans and four-door station wagons.As the American public began to prefer posh to economy, the Bel Air began to outsell the lesser series, including both 150 and 210 models. As a partial answer to this, Chevrolet re-introduced the Two-Ten Sport Coupe hardtop in the middle of the 1955 model year, and also added a four-door Two-Ten hardtop Sport Sedan for 1956. Neither achieved the sales of their Bel Air counterparts, however, even though they were only about $100 cheaper than the Bel Airs, which provided some more luxury and premium exterior trim. Today, the Bel Air series of Chevrolets from 1953 to 1957 are considered the most desirable models for collectors and well maintained and preserved models have the ultimate appeal. Indeed theres no better example of GMs styling and engineering prowess in the fifties than these Chevrolets.The Chevrolet Bel Air was introduced as a sporting 2 door Hardtop Coupe powered by a 6 cylinder engine and using a smooth Powerglide transmission. The Bel Air range was expanded in 1953 to sedans and a very desirable convertible and by 1954, a station wagon, the Nomad was added to the range of models. By 1955 a comprehensive restyling arrived at its definitive classic shape and the Bel Air was the flagship model of the entire Chevrolet division.This particular 1957 Chevrolet 210 Bel Air 2 Door Custom Sedan example is a beautiful example in this classic factory color and with no rust or signs of any accidents - the car has a new care 350 V8 engine with only some 1500 miles since the build, a 350 automatic transmission, 18 & 20 torque thrust wheels - a wonderful example of Americas favorite 1950s classic car that retains its original look but boasts desirable modern upgrades and a wonderful driver for any American classic car enthusiast! 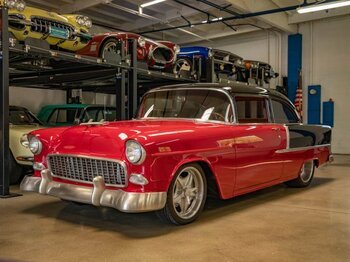 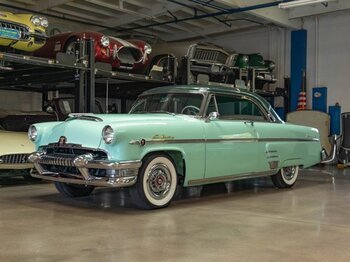 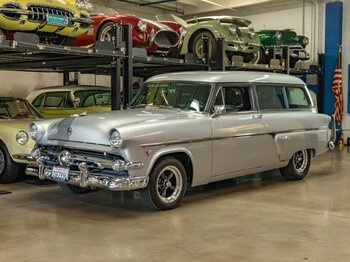 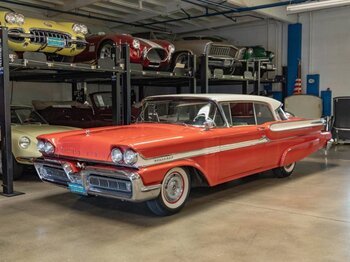