1957 Chevrolet 150 What is a gasser? Gassers are considered the earliest hot rods. To create a gasser, closed-body vehicles from the 1930s to 1960s were stripped down so that they were lighter in weight. The lighter cars could go faster. Removing as much extra bulk as possible was important because tire and chassis technology were limited. Drag racers had to do what they could to improve the performance of the car. A gasser is a vintage drag car that was popularized in the 50s and 60s. Its name comes from the fact that it runs on gasoline instead of race fuel. Classic gassers are nostalgic muscle cars with large engines that are modified for speed. Nowadays, some people use the term gasser to refer to trucks that use gas as opposed to diesel. Time to get twisted up and enter the world of the gasser in 1957 Chevrolet 150 form. Aptly named Mr. Twister, fueled by 496ci V8, this wild looker and cooker is beautifully done, and runs like, well a gasser! A true throwback to the drags of yore, I can see my crew girl in her tight pants, tied bottom button-down shirt, big hairdo and chewing a wad of gum stating Oi loike da drahhgs, especially in Jehrsee, gimme another cigharhette... Exterior The beautiful lines of the 1957 Chevrolet form have been carefully maintained with the only difference being the jacked suspension and some chrome removed. This car is bathed in yellow with a few inclusions, paint runs, chips and cracks in the bodywork but keeps its chrome trimmings all around. The front bumper has been removed, (weight savings), and a tubular chrome grille replaces the original. Some racing monikers adorn the yellow tinted glass, moon eyes, a 427ci engine call out and Jenkins Competition paintwork have been added to the body. We have no paperwork to back up any claims of the car or drivetrain having any ties to Jenkins Competition or Grumpy himself. Up front rocket trimming adorn the satin black painted fiberglass teardrop hood and on back a simple gold V adorns the trunk while a bright and shiny chrome bumper hangs below and melds with the tail lights to dress up the rear and tops of the fins. Within the front wheel wells are snarling white header pipes which form into a single cut off pipe that when the engine is fired up will absolutely rack off . 14-inch Centerline aluminum wheels are on the front and in the back are a pair of Ansen aluminum slots in more 14 format. Interior Smooth black vinyl vies for spaces against ribbed vinyl, also in black, for the panels which are screwed to the doors and house the shiny handles and knobs and a black armrest pull. Slipping inside, white diamond pleated tuck and roll vinyl with white piping and smooth bolters covers the front bucket seats which are courtesy of a 1965 Pontiac GTO. The rear seats have been removed to make way for the added roll bar and shiny silver matting covers the void. A corroded chrome armed shifter is seen between the buckets. The dash has become more square in its design but still has deep round black painted metal bezels for the gauges. Streaking through the middle of the dash is a shiny mesh aluminum trim which breaks up all the black painted metal and a chrome dash top mounted tachometer is staring at the pilot. Below the dash is a chrome panel with a duo of aftermarket gauges. A black sagging headliner is above, and below is a sea of black nice carpeting. Drivetrain Get ready to get some tech thrown at you! The mill is a 496ci featuring a Scat 4340 forged crankshaft with a 4.250 stroke, GM 6.385 connecting rods, Sealed Power hypereutectic pistons, and a Comp Cams hydraulic roller camshaft, (.566i/.566e lift, 240i/248e duration). Blueprint aluminum cylinder heads with 2.30 intake and 1.88 exhaust valves and 316cc intake and 119cc exhaust runners are fed air and fossils via a Quickfuel 4bbl carburetor and a Professional Products intake manifold. A Muncie M20 4-speed manual transmission feeds power back to a Mopar 8 3/4 rear axle with 5.13 gears and a spool. This mill makes a consignor stated 601hp so hold on tight! Undercarriage Nice and black with no rust seen for miles, just some patina and road dirt is worth noting. Giving the killer stance and drag race ride is a leaf spring front suspension and a ladder bar rear suspension with coilovers. Power disc brakes have been added to the front and power drums are on the rear. White snaking headers flow down from the mighty mill and are left sans any exhaust piping or mufflers so all the world can hear. Overall, a nice undercarriage with some custom structural creation. Drive-Ability Our resident racer took this beast out and came back with a smile on his face. The only disappointment was the tarmac was too cold to lift the front end. Otherwise, he reported it was great! What a gas(er) to have experienced and in our showroom. A classic leftover from the early drags of yore, prior to the Pro Stock class. A way to get Wallys, all jacked up, loads of power, gobs of noise, and a plethora of badging, sponsorships, naming, and flourishes on a yellow with a mostly original bodied and trimmed car. I have a hankering for going in a straight line right now! VIN DECODE A57T136315 A-1500 Series 150 57-1957 T-Tarrytown, NY Assy Plant 136315-Sequential Unit Number 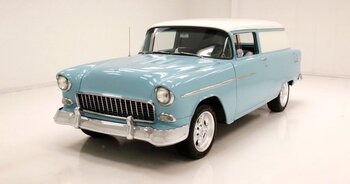 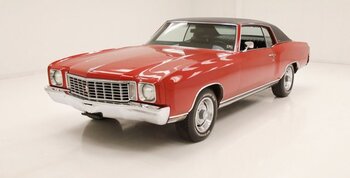 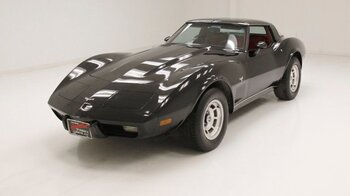 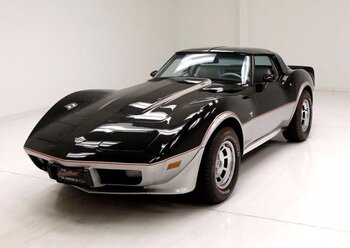