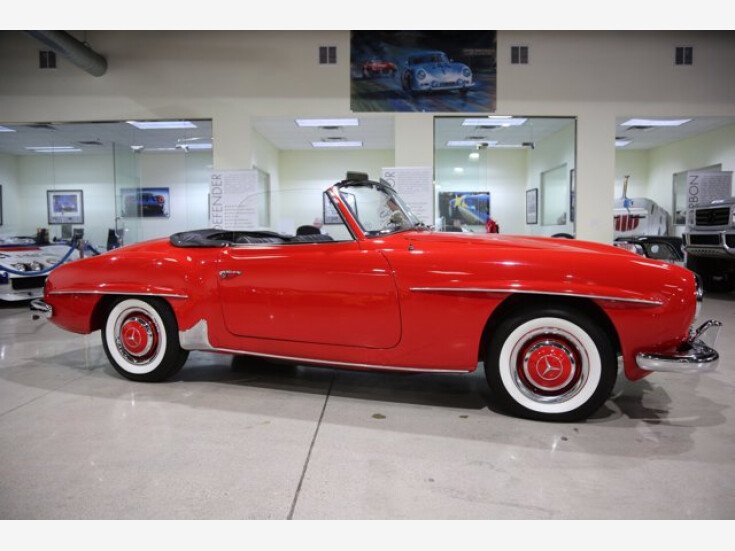 Estimated payment based on 6.50% simple interest loan for 144 months. Down payment of 10% under $100K purchase price, 20% above $100K for well qualified buyers. Terms may vary. Amounts are shown for illustrative purposes only. This is not an offer or a commitment by any organization to provide credit, lease, or other financing options. 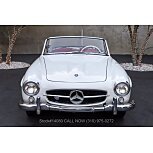 Presented is a breathtaking 190SL that has undergone a meticulous and highly documented restoration. Completed in 2010, it had been subject to a body off complete physical and mechanical restoration with an emphasis on correctness. Chassis, Engine and Transmission display matching numbers and this 190SL was awarded Best In Class at the San Marino Concourse DElegance beating out 11 other 190SLs. It was also awarded a 2nd place finish for best European at the Palos Verdes Concourse DElegance. An original California Car that has recently been freshened up and serviced and shows and drives extremely well and will make any owner extremely proud as it turns heads everywhere it goes!!! About the 190SL: The Mercedes-Benz 190 SL (W121) is a two-door luxury roadster produced between May 1955 and February 1963. Internally referred to as W121 (BII or B2), it was first shown in prototype at the 1954 New York Auto Show, and was available with an optional removable hardtop. The 190 SL presented an attractive, more affordable alternative to the exclusive Mercedes-Benz 300 SL, sharing its basic styling, engineering, detailing, and fully independent suspension. Both cars had double wishbones in front and swing axles at the rear. Instead of the 300 SLs expensive purpose-built W198 tubular spaceframe, the 190 SLs R121 structure used a shortened unitary floorpan modified from the W121 base saloon. The 190 SL was powered by a new, Type M121 BII 1.9 L straight-four SOHC engine. Based on the 300 SLs straight six, it had an unchanged 85 mm bore and 4.3 mm reduced 83.6 mm stroke, was fitted with twin-choke dual Solex carburetors, and produced gross 120HP. In detuned form, it was later used in the W120 180 and W121 190 models. The car was available either as a soft-top convertible (initially priced at DM 16,500/US$3,998) or with removable hardtop (DM 17,650/$4,295). A small third-passenger transverse seat was optional. During its first years the 190 SL was available as a sports-racing model with small perspex windscreen and spartan one-piece leather covered bucket seats and aluminum doors. In 1959, the hardtops rear window was enlarged. In 1956, a few six-cylinder prototypes were built for testing. A 190SL with a unique engine, using the 300SL block, squeezed into the engine bay with a one-off mix of Benz-bin parts was entered in the 1956 Alpine Rally, but the costs of production would be prohibitive. Two other prototypes, fitted with fuel injected M180 220SE engines were baptized the W127 / 220SL. In June 1956, Rudi Uhlenhaut and Karl Kling lapped the Nrburgring Nordschleife circuit in the two W127s 25 seconds faster than a regular 190SL. On 12 April 1957, MBs board decided to build the W127, six-cylinder 220SL alongside the 190SL, but production challenges postponed manufacturing until it was overtaken by the 230SL Pagoda. Both the 190 SL and the 300 SL were replaced by the Mercedes-Benz 230SL in 1963. Mercedes-Benz did not announce what the abbreviation SL meant when the car was introduced. Leicht means either easy as an adverb or light as an adjective in German. Defining a car it has to mean Light. It is often assumed that the letters stand for Sport Leicht. One car magazine in 2012 declared that the abbreviation SL - securitized and personally signed by Rudolf Uhlenhaut meant Super Leicht. This contradicts Mercedes-Benz 300 SL of Engelen / Riedner / Seufert, which was produced in close cooperation with Rudolf Uhlenhaut showing that the abbreviation meant Sport Leicht. Mercedes-Benz used both forms until 2017. It was even called Super Super. On the company website it was called Sport Leicht until 2017 and than changed to Super Leicht. For a long time it was unclear what intention the company had at the time when assigning the letter combination. It was not until the beginning of 2017 that a chance finding in the corporate archive, from the early part of 1952, clarified that at least in the case of the 300 SL the abbreviation SL stood for Super-Leicht.