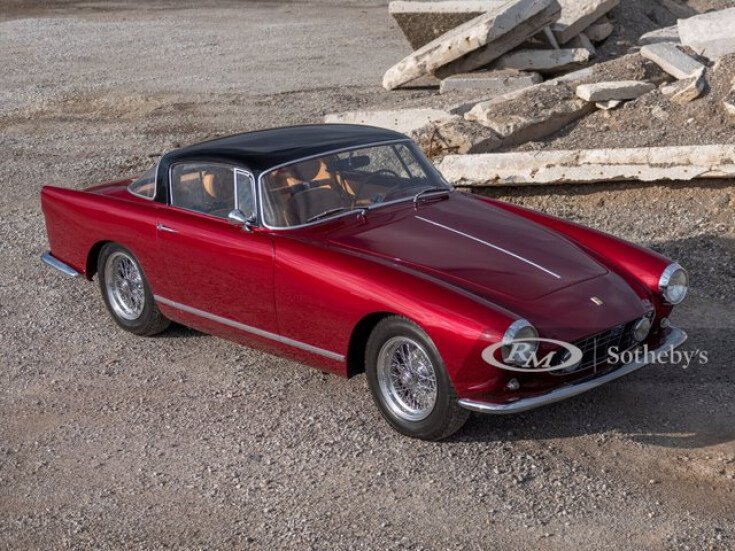 Enzo Ferraris passion may have been racing cars, but by 1950, he had begun to accept that exclusive road cars were needed to finance the companys growing competition efforts. Early Ferraris for the street were built in very small numbers, usually to special customer order, with no attempt made at standardization. A significant change occurred in 1954, when the Pinin Farina-designed 250 Europa debuted in Paris. It was Ferraris first true production model and would form the foundation for all future Ferrari 250 models. These included the second series 250 Europa GT, again designed by Pinin Farina.

At the time of the second series unveiling, Pinin Farina was in the process of building a new, much larger production facility and did not yet have the space to build the larger quantities of cars that Ferrari was requesting. Accordingly, in 1954 the 250 GT coachbuilding contract was handed over to the newly established Carrozzeria Boano, headed by the former chief of Carrozzeria Ghia, Mario Felice Boano. The significance of the selection was not lost on Boano: At the previous years Geneva Motor show, his proposal for a 250 GT-based cabriolet (chassis number 0461 GT) sat beside its main competition, a coupe by Pinin Farina on a 250 GT chassis. Boanos cabriolet was extreme and forward-thinking perhaps too far ahead of its time; both Enzo and the public favored Pinin Farinas more subtle offering.

Boano was to replicate Pinin Farinas coupe concept in production form. He executed his rivals design faithfully, with one exception: he erased one of Farinas styling signatures, smoothing out an aggressive haunch over the rear wheels, giving the finished Ferrari a stronger and lower beltline in the process. Over a two-year production run, an estimated 68 to 80 of these aptly named low roof coupes, most wearing steel bodywork, were completed. The ultimate prize of this uncommon production run was a group of 14 Boano bodies executed in lightweight aluminum alloy. Their reduced weight drastically improved the punch of the 229 horsepower, 3.0-liter Columbo V-12 engine. Expectedly, these Alloy-bodied Boano coupes proved especially nimble in competition, achieving significant in-period victories at the 1956 Alpine GT and 1957 Acropolis Rally.

Chassis 0613 GT, offered here is one such alloy-bodied Boano coupe, and benefits from a rich provenance and well-documented history, which includes its factory build records, in-period race victories, and more recently, certification by Ferrari Classiche. The accompanying factory build records indicate that in late October of 1956, this chassis received its rear axle and was forwarded to Carrozzeria Boano as a rolling frame on 7 November. The completed body and frame were returned to Maranello by mid-January, and 0613 GT was completed at the factory on 22 January 1957.

This alloy-bodied Boano was dispatched to the New York City dealership of Luigi Chinetti shortly thereafter, from which it was sold to George Arents, the tobacco tycoon who was one of the primary financiers of Chinettis dealership and, later, his super-successful North American Racing Team. Arents is documented having raced 0613 just once at Marylands Marlboro Speedway in May 1957, before selling the car to Chinetti associate and later LeMans-winning driver, Bob Grossman of Nyack, New York in early 1958. Grossman also proved a short-term custodian, having passed along 0613 to acquaintance Len Potter after several months. Potter repainted the car a dark red metallic, providing the historic inspiration for its current appearance.

That December, Potter and Grossman registered as racing partners for the fifth annual International Bahamas Speed Week, going on to score a class victory in the Five-Lap Tourist Trophy and podium finish in the 25-Lap Tourist Trophy races, respectively. Grossman also raced 0613 to a sixth overall finish in the Speed weeks famous All-Ferrari Race held on 6 December. Grossmans last recorded ride with 0613 came in late October 1959, just seven months before he claimed a class win at Le Mans behind the wheel of the Briggs Cunningham #3 Corvette.

In 1960, 0613 was exported to England. Between 1963 and 1982, it passed through the stables of several English owners (including a certain Jack Bruce believed to be the bassist of Cream fame, who was also a noted Ferrari enthusiast) before it underwent a restoration executed in 1985 by David Cottinghams DK Engineering in Watford. The firm sold the freshly revived Boano, now painted Rosso Corsa over a beige interior, to a Japanese collector in 1986, with whom it remained carefully and privately stored until export to the United States in 2002.

By 2004, 0613s California-based owner had commissioned Fossil Motorsports of Chatsworth, California to execute a concours preparation regiment and engine rebuild, the fruits of which included a Gold Award at the 2004 FCA International Concours dElegance in Monterey, California. In 2007, 0613 was sold to a collector in Fort Lauderdale, Florida who faithfully returned his new acquisition to its touring form, completing the thousand-mile Colorado Grand road tour without issue. The following year, this same owner successfully submitted the car for Ferrari Classiche certification just months after displaying the coupe at the annual Cavallino Classic. After five years, 0613 was sold to its next owner, an avid historic racer, road rally aficionado, and fastidious collector residing just outside Chicago, Illinois.

Between 2011 and 2016, this owner spared no expense keeping 0613 in peak mechanical form for a regular rallying calendar; accompanying maintenance documentation shows nearly $200,000 in work executed over his ownership by Continental Auto Sports of Hinsdale, Illinois. A sampling of services performed includes a thorough sorting of the electrical and ignition systems, rebuilds for the transmission, brakes, suspension, carburetors, and steering box, and many other components, consumables, and assemblies. Fall Line Motorsports of Buffalo Grove, Illinois were also retained to fit 0613s additional safety equipment, including a fire suppression system, headrests, upholstered roll bars, and four-point racing harnesses. Further, the car was refinished in its present attractive two-tone livery during this owners tenure. As a result of his enthusiasm and care, this attractive alloy-bodied Boano coupe was a regular and successful fixture at both the California Mille and Colorado Grand.

Save for an exhibition at the 2019 The Quail, A Motorsports Gathering, 0613 has been sparingly shown and rarely driven since acquisition by the consignor in 2016. The accompanying Ferrari Classiche binder and observations of 0613s extant equipment confirm that it retains its original V-12 engine, gearbox, rear differential, and Boano alloy body. The correct Houdaille shocks, Marchal headlights, and Borrani wire wheels complete the stylish exterior, and its nicely presented interior is clothed in Pelle Beige upholstery.

This exceedingly rare, attractive, and well-documented 250 GT is now offered for sale with under 66,700 miles indicated. It is accompanied by its aforementioned Ferrari Classiche book, maintenance invoices, tool kit, spare Borrani wheel, and service manual.
To view this car and others currently consigned to this auction, please visit the RM website at rmsothebys.com/en/auctions/az21. 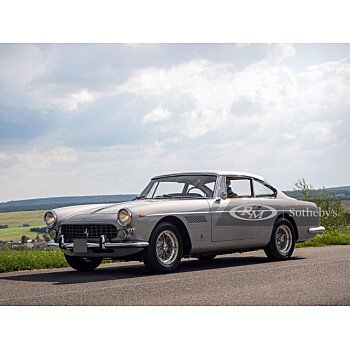 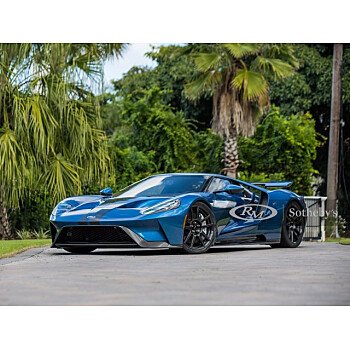