1955 Pontiac Star chief Convertible For Sale, in ‘55 GM wasmaking wonders with many new editions and power options, the design holds truetoday and are some of the most desirable and sought after years of the 50’s outthere. This 1955 Pontiac Star Chief is no exception in its second year ofproduction it received a massive face lift and cool styling was its theme untilproduction ceased in 1966. It was one of the Luxury models of the brand and wasequipped as such, the ‘55 Chevy was equipped with its 162 hp 265ci engine whilethe Pontiac got the 180hp 287hp . 54 Pontiac had offered AC as luxury that Chevroletcouldn’t meet in this price bracket. The Pontiac was and always has been a muchfiner car, although many Chevy were built and bought, tending to gather more attentionthe sophisticated buyer always had his eye on a Star Chief.

This vehicle was previously owned by my consignors father whounfortunately passed away some time ago, this is was his baby and he took careof it well. As video is included of him showing it at the 2009 La Jolla ConcoursD’ Elegance in prime condition. Several years have passed and the car was passeddown and unfortunately it has not been driven much over the years. It nowresides as a cool boulevard cruiser and makes for a fun and exciting car to own,very little would be needed to regain is superiority on the car show circuit.It is equipped with its original 287 2 Barrel V8 Hydromantic Transmission,Power Steering and Power Brakes. Its Finished in striking 50’s colors Red and Black5500 it is original code  with 289 Tuxedointerior. Equipped with its Stunning Chrome Skirts it makes the body lines continueforever.

Car Runs and Drives and would surely benefit from some refreshingand a final tune up, Top is Currently INOP and will need addressed. Paint is niceover all but has chips nicks etc from road use over the years, due to sittingwe recommend some repairs be made before and long trips are planned. 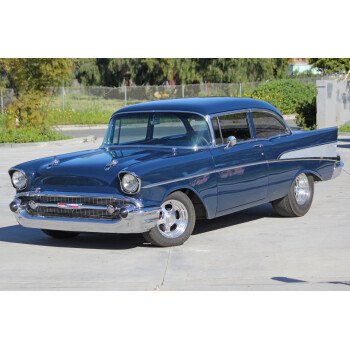 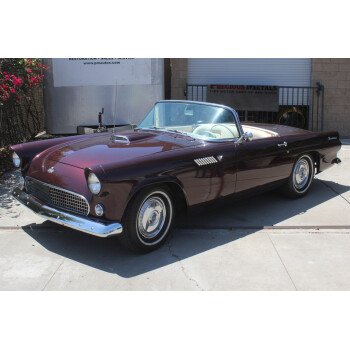 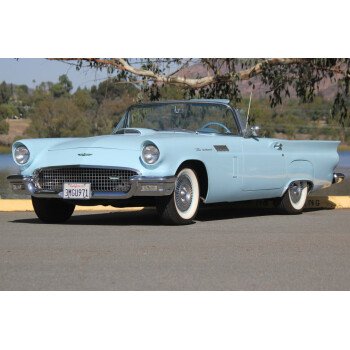 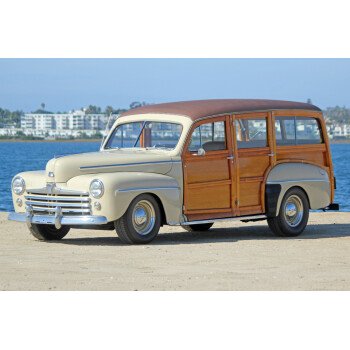