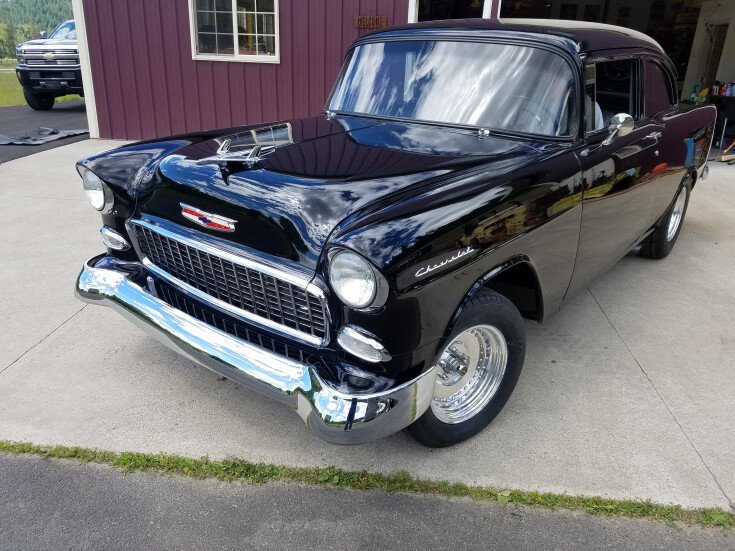 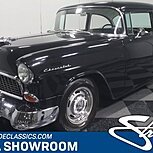 This 1955 Chevy was purchased by the current owner in 1979. At that time, it was powered by a 235 cubic inch inline 6-cylinder engine and a 3-speed transmission with a column shifter.

As a member of the San Diego Roadster Club, the owner promptly began its conversion to a top-speed racer. A small block Chevrolet engine was acquired and built into a 368 cubic inch engine with approximately 625 HP. This engine had a Crower roller cam, roller rockers, tunnel ram intake with dual 660 Holley carbs, and heads that were completely ported and polished. The car was equipped with a built TH400 transmission, Doug Nash 2-speed overdrive, and a 4.11 Ford 9-inch posi-traction rear end.

The car was used mainly for top speed racing at El Mirage dry lakes in Southern California where it attained an officially timed top speed of 150.728 miles per hour in July 1989. The car also participated several years at the San Diego Antique Drags held in Carlsbad, California, and consistently ran around 12.3 seconds at 117 miles per hour.

Then, its owner got married, and the car sat on its trailer for the next 20 years. Upon approaching retirement, its owner decided to resurrect the ’55 as his “bucket list,” and a 10-year restoration began.

The car was stripped to the frame which was reinforced to accept the power and torque of a brand-new GM Performance 572 cubic inch, 720 HP big block and the appropriate 4L85E automatic overdrive transmission. A new Currie Performance limited-slip 3.73 differential with 35-spline axles was installed, along with updated front suspension and disc brakes. As luck would have it, time and rust had taken its toll on the body. To remedy this situation, the car received a brand-new steel body shell.

As you can see from the pictures and list of items below, extensive amounts of time and money have been invested to make this one of the finest 1955 150 Chevy sedans on the market. It is a truly beautiful, high performance, high quality restoration of one of America’s favorite cars.

New – Custom built two-chambered gas tank (one for race gas, and one for cruising) with electronic and manual valving for chamber selection

New – Windshield and tinted side glass

Custom-built 28’ enclosed, triple-axle trailer (with power winch and racks) for car storage and transportation is also available for $15k.