For car enthusiasts in America the early 1950s was a time of rich experimentation and creativity. Service members returning from Europe experienced small lightweight sports cars for the first time and they wanted to recreate that experience at home. Imported sports cars trickled in but they were expensive scarce and some found their small-bore engines poorly suited to vast American roads. Particularly on the West Coast the lines between Hot Rod and sports car culture began to blur as individual enthusiasts took it upon themselves to build sports cars incorporating readily available American drivetrains. The broadening availability of fiberglass coincided perfectly as car builders experimenting with the material found it robust easy to work with and capable of being molded into virtually any shape imaginable.Bill Tritt is considered the father of the American fiberglass-bodied sports car. His stylish Jaguar-inspired Glasspar G2 was one of the first commercially available fiberglass cars. Sold primarily in kit form Tritt produced a handful of complete turnkey vehicles. At the time none of the Big Three offered a pure sports car and with young buyers eager for anything sporty independent dealers took it upon themselves to create their own using Tritts Glasspar G2 as a basis. The Yankee Clipper and Fiberflash were notable examples of modified G2s built and marketed by car dealers. One who jumped on the bandwagon was B.R. Woody Woodill of Downey California. Woodill operated one of the largest Willys dealers in the country and he envisioned a version of the Glasspar using Willys Jeepster underpinnings and running gear. He built two prototypes and shipped them to Toledo to present to Willys management. While the brass at Willys was impressed financial struggles preoccupied them and a merger with Kaiser soon followed. Since Kaiser already had the fiberglass Kaiser-Darrin sports car in the works the Willys Wildfire project was shelved.Unfortunately for Woody Woodill he already invested heavily in the project so when the axe fell from Toledo he changed tack and redesigned the Wildfire with a new front end and more powerful Mercury flathead V8 running gear. He sold the cars under his brand through his dealership as fully-built cars or Ford-based do-it-yourself kits. The arrival of the Chevrolet Corvette in 1953 marked the beginning of the end for boutique manufacturers like Woodill yet he still managed to sell a respectable number of Wildfires estimates say between 100 and 200 the majority in kit form during the brief production run.The very special Woodill Wildfire offered here is chassis number WW010 documented as Woody Woodills personal car and one of the first of the six produced. Woodill used WW010 for shows and promotions and to get maximum exposure he leased the Wildfire to movie studios. This chassis appeared in the 1954 film Written on the Wind starring Rock Hudson Lauren Bacall Robert Stack and Dorothy Malone and Ms. Malones character is seen driving the flashy red Wildfire in several scenes. Tony Curtis also used a Wildfire in the action-sporty-car flick Johnny Dark though it is understood to be a different chassis. This car is fully equipped for its glamorous film debut with the punchy Mercury flathead wire wheels continental kit and a removable soft top.The fascinating history file documents how in September 1965 Mr. Donald E. Lowe of San Carlos California discovered this unusual sports car stored in a barn in Sonora California. The proverbial little old lady who owned the barn had nicknamed it the Wild Hare but knew little else about it. Mr. Lowe made a deal to buy it and when he set about registering it in California he realized the car had never been licensed and had no official serial number. Because Woodill used the car for promotional work it always ran a dealer plate or was trailered to events. When Woody Woodill sold his business records for the company car went with it and were ultimately lost. Undeterred Don Lowe contacted Woody Woodill directly and correspondence on file tracks how he got Woodill to assign a new Certificate of Origin with the serial number WW010. Nine months later Lowe finally succeeded in getting the car registered in California and he even threw a Registration Celebration party in honor of his new license plates!Mr. Lowe owned WW010 through at least the late 1970s when the string of CA registration slips stopped. During this time Donald Lowe performed a thorough mechanical overhaul and got the car looking tidy and fresh once again. When it appeared in Written on the Wind the car was bright red but was finished in black with a red rocker stripe when Lowe acquired it. Period photos from the early 70s show it in the same black livery looking quite sharp.The story of WW010 went quiet from there until the most recent owner acquired it in 2012. In all the years since Donald Lowes ownership the Wildfire remained essentially untouched and is offered today in preserved unrestored condition in the same black and red livery as seen in the early 1970s photos. Power comes from a Mercury Flathead equipped with period accessories including a Mallory dual point distributor and aluminum cylinder heads headers and intake by Fenton. The car is sound and essentially complete needing only minor sorting to be enjoyed. It displays a well-earned patina and is a prime candidate for continued preservation or as the basis of a straightforward refurbishment to restore the glamorous Hollywood looks.This fascinating machine represents a fruitful time in the American motoring landscape when determined creative individuals filled a niche largely ignored by the major automakers. Cars like the Woodill Wildfire were pivotal in establishing a market for a homegrown roadster and this fascinating example was at the forefront of the American sports car revolution. Offers welcome and trades consideredFor additional details please view this listing directly on our website https://hymanltd.com/vehicles/7158-1954-woodill-wildfire-roadster/ 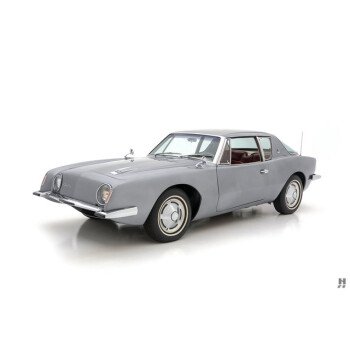 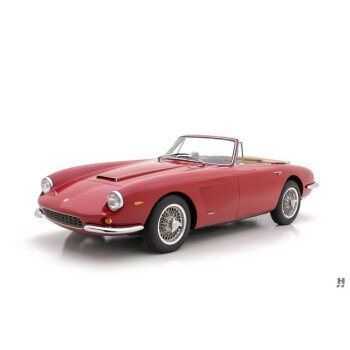 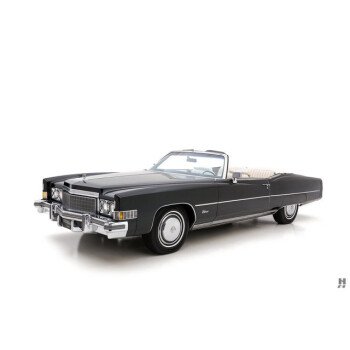 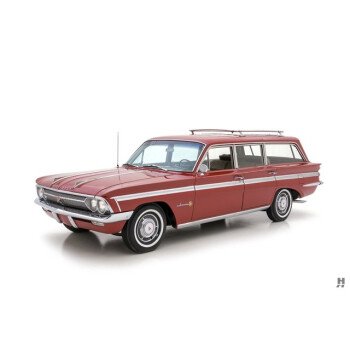