Car for sale by Classical Gas Enterprises in Arlington, Texas 76001 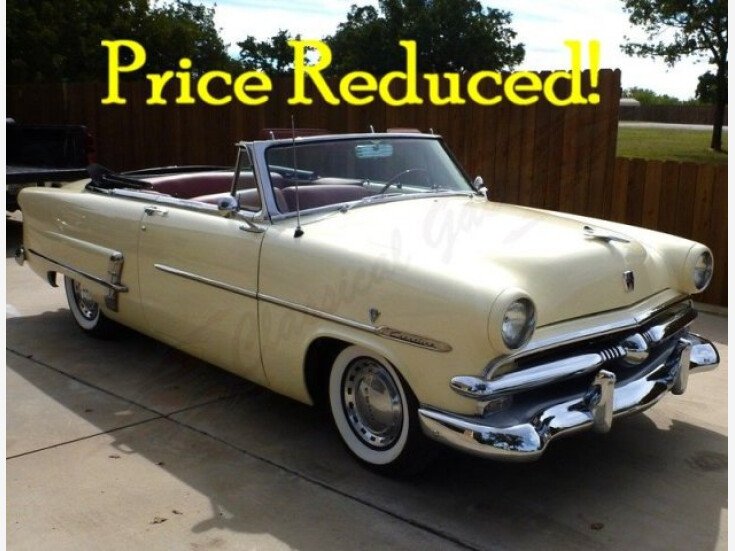 1953 Ford Crestline Sunliner The shoebox Ford starting in 49 was a big success and a slight redesign came in 1952. Although the overall shape was still similar the look was modified in a lot of places included a new grill design and very cool rear fender accents in lieu of skirts. A few different models were available starting in 52 which included the Crestline which was considered the top level. The Crestline was then split into to groups which included the Sunliner convertibles and Victoria hardtops. The car you see here is a nice 53 and this is a very special year in Ford history. This was actually the 50th anniversary for Ford and all of the vehicles released that year came with a special commemorative steering wheel which this classic still has a NOS wheel in place. While this car has the original look and a lot of the original features it has been all redone in more of a resto-mod style. This car has always been in Texas and was originally put into storage in 1971 where it sat for 45 years. It was purchased in 2016 along with a 40 year collection of NOS parts. It was then totally redone. It was not a frame off restoration but that is not because it was too much work. The chassis was thoroughly inspected and the decision was made that it was just too solid and nice to pull the body. It is painted in Sungale Ivory that has a nice finish and looks great. The body is completely rust free and doesnt show any signs of damage or repair. All of the exterior pieces like the bumpers, bumper guards, side trim, and even door handles were replaced with NOS parts. All of it shines nicely and has zero pitting or issues. The new Hartz Black convertible hydroelectric power top raises/lowers easily. The wheels are the originals with a new set of NOS wheel covers and wide white wall Diamond back radial tires. Looking at the car from the outside there is nothing indicating that the drivetrain is anything other than the original 6 cylinder or Flathead. Pop the hood though and you will see it has been entirely redone. Before you Ford guys get too nervous check out that distributor location because this classic is still Ford powered! Getting those wheels turning now is a 302 cubic inch V8 that has been completely rebuilt. The motor runs extremely smooth with no smoking or issues. It even features custom valve covers, an Edelbrock RPM air gap intake, chrome air cleaner, Taylor wires, and more. The engine compartment itself has been redone nicely as well with the typical Black inner fenders/firewall being redone to match the body. Cooling is of no concern due to the aftermarket aluminum radiator with electric push fans. The brakes have been redone with disc up front and they are power. When initially photographed the power brake booster had not yet been installed but pictures are available. A Borgenson power steering system has also been added. The transmission is a rebuilt C4 automatic that sends power back to the Granada 8 inch rear end. It is pretty cool to thi 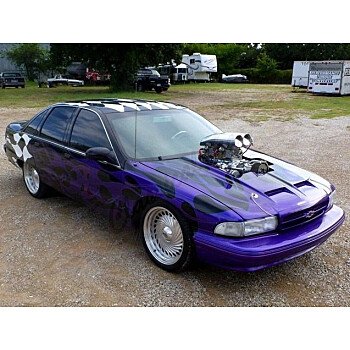