1952 Chevrolet 3100 Pickup As a follow up to the AK series pickups, Chevrolet introduced the "Advanced Design" series in 1947. It was a major redesign and the first Pickups they would put out following WWII during which civilian vehicle production was stopped. They were created until part way into 1955 and were mostly unchanged since their introduction. The 3100 name was applied to the 1/2 ton pickups and in 1952 the only major change was a push button door handle versus the turn down style used previously. This very cool 1952 is a well built truck that combines vintage patina with modern comforts creating a very cool overall look. Dont let that Green Patina fool you because under the skin this thing has been all redone. The exterior really looks neat and people in the hobby that like this style would say the faded Green and Patina is aged perfectly. Up front the truck has its original chrome bumpers and iconic 5 bar horizontal grill that has been freshly re-chromed. In back the rear bumper was removed and a custom roll pan created. The cab corners have been replaced which is a common problem area on these trucks for rust. The glass is all new and it has the original style 2 piece windshield. It also has its factory cowl vent which functions properly. It has a wood bed and a lot of the hardware on it like the bolts through the bed strips are new but have been purposely aged to match the overall look. Another common problem on these trucks is the fuel tank allowing fumes from its original in cab location to leak out. To eliminate that it has been moved under the bed but the original filler neck remains in place for that stock look. The 18 inch Silver Ridler wheels are a nice touch and wrapped in new ATR Sport tires (Front - 245/45ZR18, Rear - 275/40ZR18). To make this truck a cool sleeper the original motor has been swapped out with a 5.3L LR4 LS motor out of a 2003 Chevrolet Tahoe. Prior to the installation the motor was completely torn down, inspected, and rebuilt. During the process it received a Texas Speed Stage III cam kit, new headers, Chevrolet valve covers, and a K&M intake breather. It starts up and runs great with no leaks or issues. The rest of the drivetrain includes a 4L60E automatic transmission with shift kit and S10 Blazer 4x4 rear end with 3:42 gears. This was a body off build and now it sits on a S10 chassis with a 504 mounting kit. These are direct fit kits that avoid having to cut on the chassis or body. The truck has been set up to be a nice comfortable driver with power steering and power brakes. It has S10 brakes in front and the brake booster was relocated to the undercarriage. The interior features a custom bench seat that has been recovered in Black upholstery. It has matching Black lap belts and an aftermarket removable center console with cup holders and additional storage space. The carpet, door panels, and headliner are all in good condition and redone as well. All of the interior steel surfaces like the d 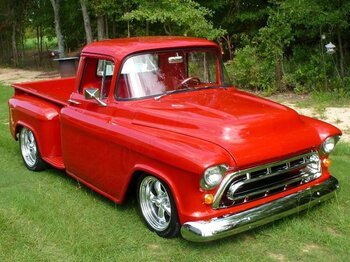 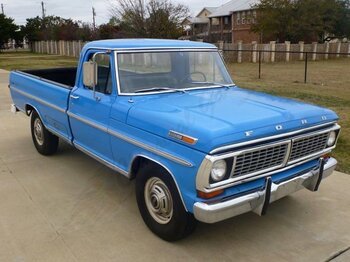 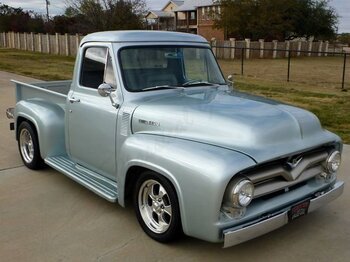 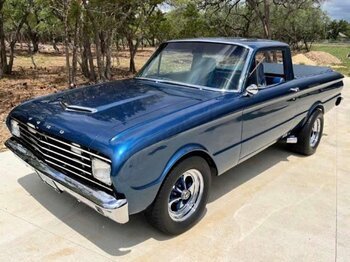