Cadillac, long considered the Standard of the World, celebrated its Golden Anniversary in 1952, marking a half-century of continued progress in building the world’s finest motor cars. The company’s lineup for that milestone included the Series 62, which was situated at the upper end of Cadillac offerings.

Born as a prestige trim level of the Series 62 luxury coupe, the first Cadillac "Coupe de Ville" was shown during the 1949 Motorama and was introduced late in the 1949 model year. Along with the Buick Roadmaster Riviera, and the Oldsmobile 98 Holiday, it was among the first pillarless two-door hardtop coupes ever produced.

The 1952 Cadillac coupe De Ville was equipped with the revolutionary overhead-valve V-8 331 cu.in. engine introduced in 1948. For 1952 Cadillac Chevrolet debuted the 331 cu.in. with 190 hp, the most powerful, durable, and efficient engine Cadillac had ever offered. Design changes included new valves and manifolds, as well as a new 4-barrel carburetor.

It was a paired to a new transmission, Cadillac’s Hydra-Matic automatic transmission, which offered two different forward driving ranges instead of one. Stopping power was also improved, thanks to a new ribbing on the rear brake drums which helped with cooling. The front brake drums increased to a 12-inch diameter, and their brake shoe linings had been increased by 50%.

This restored 1952 Cadillac Coupe de Ville is finished in a beautiful Black paint over the attractive Red interior. The massive grille, with integrated round parking lights and wraparound chrome-plated front and rear bumpers, is accented by appropriate gold Cadillac V-badge. The center front of the hood is topped by a stylized version of the chrome-plated Flying Goddess mascot, first used in 1930.

The interior of this Cadillac is trimmed in red leather, red carpet, and a matching red instrument panel with a dash clock and original style converted AM/FM radio.

Underhood presentation is very good, with a highly detailed and strong running overhead-valve V-8 engine. The Hydra-Matic automatic transmission operates as it should and the car behaves beautifully on the road, feeling typically solid and well-built as these cars should.

This Cadillac also is a winner with an extensive collection of trophies and awards. This is a fine example that does not disappoint and is ready for touring or regional concours events. Please contact Alex Ruozzi for further information on this outstanding and iconic Cadillac Coupe De Ville. 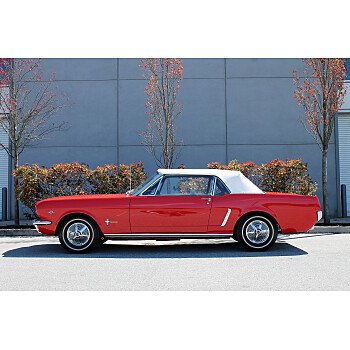