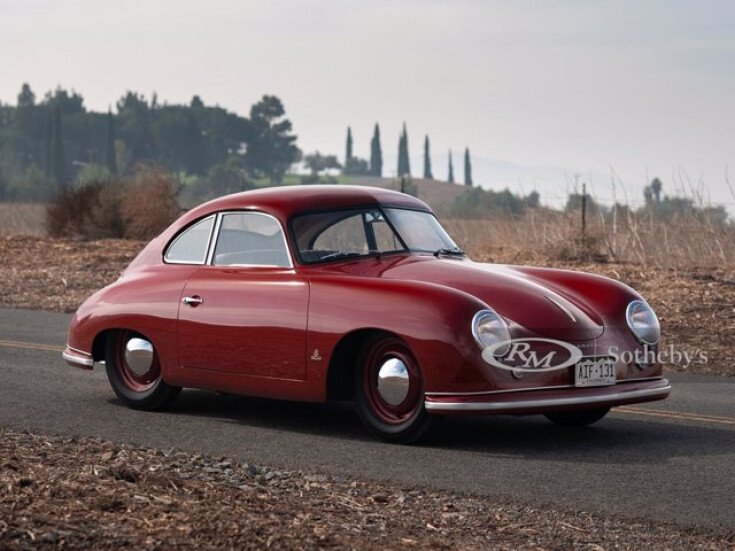 This delectable Porsche 356 Model 51 coupe was part of Porsches second order to manufacturing partner Karrosserie Reutter. It was originally delivered with a Type 506 1,300-cubic-centimeter four-cylinder-opposed air-cooled engine (number 20025); with a pair of 32-milimeter Solex single-throat carburetors and 6.5 compression, this engine developed a modest 44 brake horsepower. As was common with many of these early cars, this example was replaced with a more powerful motor, stamped with number 20776 with castings from the Fall of 1952.

Rebuilt by Vintage VW Restorations of Riverside, California, motor 20776 remains in the car today with proper cylinders and 40 PBIC carburetors. Its Hirth roller bearing assembly was replaced with a plain-bearing unit at this time for reliability. Heater boxes, tin, and distributor are assembled and original to the car. Also present is the original Volkswagen-derived non-synchronized, crashbox four-speed manual transmission and Volkswagen aluminum finned drum brakes.

According to its included factory Kardex, it was finished in 503 Maroon over a Gray cloth interior (3403). Delivered 24 April 1951 through Jacob Fleishauer, Porsches franchise in K ln-Ehrenfeld, it was then sold to its first registered owner, clothing manufacturer Kleiderfabrik Mller.

Eventually this little coupe made its way to the United States most likely via a returning serviceman and wound up in the hands of Tad Davies, a Seattle auto dealer. Mr. Davies appears to have taken his 356 to the track a few times, where it accumulated some minor damage to its front fenders and rear body panel; he also took the engine apart, looking for ways to increase its power. Then, around 1960, he bought a used 550 Spyder and this 356 was relegated to storage, its engine still in pieces.

In 1963, the 356 and its disassembled engine was sold to another enthusiast, Frank Soikowski of Anderson Island, Washington, who planned to restore it in his retirement. As occurs with many such projects, Mr. Soikowskis coupe sat virtually untouched in a dry garage for the next 50 years. In 2010, the still nearly rust-free car was sold to Dan Courtney on a Bill of Sale, and the following year, was acquired by the current owner and consignor who resides in Steamboat Springs, Colorado.

The consignor was pleased to find that it had been driven a mere 47,000 kilometers (29,210 miles), when it came into his shop. He believes that figure to be correct and original, as the car had been on the road (and indeed, apparently mostly off the road) for fewer than eight years from 1951-1960. The consignor began a restoration that would consume more than three years. After the shell was stripped to bare metal, the entire front clip was removed and an inner panel unique to the Model 51 were replaced with one taken from another split-window. A new battery box was welded in place. The consigner states the numbered hood is original, as are the doors, engine lid, and rear bumper. A reproduction front bumper was sourced from Trevors Hammerworks. The floors, although dented, were original and rust-free; any dents present were removed, after which the chassis was undercoated. Finally, the body was resprayed in the brilliant shade of maroon you see today.

The cars original and complete interior was intact, and the factory pieces were used as patterns to create a new set of seat covers, door cards, headliner, and carpeting stitched and installed by Sewfine of South Denver, Colorado. Both the driver and passenger seats were reconstructed with more substantial frames, springing, and fresh padding material. The instrument panel knobs and switches were refurbished, the dashboard instruments sent out to North Hollywood Speedometer. The consignor restored the hardwood door caps and states that nearly all the trim is original.

Further, there is a new wiring loom, with the generator, wiper motor, and lighting converted to 12 volts. From 2013 to 2016, the owner enjoyed the car with some performance upgrades, but returned it to stock specification in 2017. This 356 is an original split-windshield, body-to-bumper example, although a one-piece bent windshield is currently in place. Included with the car are period-correct two-piece windshields (one reproduction two-piece set with a small crack in the center and an one original two-piece discolored glass windshield). Also accompanying the car, but uninstalled, are a temperature gauge with capillary tube assembly, the original two-piece wiper blades, and various parts; please see this lots associated research file for photos.

Supplied with extensive documentation, this appealing Pre-A coupe is made all the more desirable by its original features and its well-considered restoration.

Please note that the engine number for this car has been re-stamped. The casting numbers date to a two-piece case built in the Fall of 1952 and upon further research it is inconclusive whether this is a 527 motor.

To view this car and others currently consigned to this auction, please visit the RM website at rmsothebys.com/en/auctions/0620. 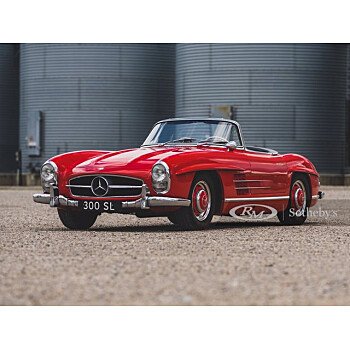 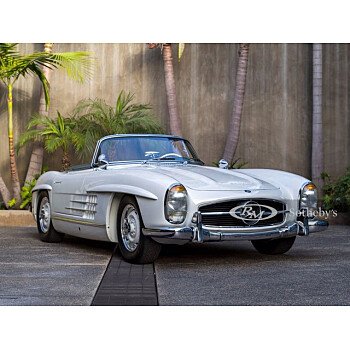 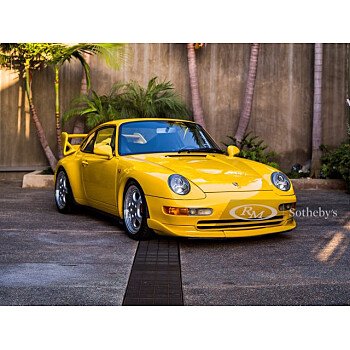 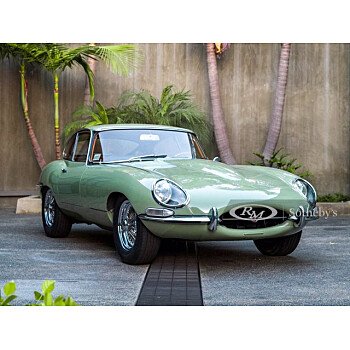