Long before Donald Healey struck gold with the Austin-Healey 100 he was a well-connected entrepreneur in the British motor industry. Healey made a name for himself as a successful rally driver in the pre-war era with a crowning achievement being overall victory on the 1931 Monte Carlo Rally driving an Invicta. He served as technical director for Triumph in 1937 and worked for Humber during the war years developing armoured cars. While at Humber he met Achille Sammy Sampietro and Ben Bowden and in their off-hours the three men worked on a new car to bear the Healey name. Bowden focused on body design while Sampietro designed the chassis and Healey secured a deal for Rileys superb 2443-cc hemi-head inline-four. Production began in 1946 with the range initially comprised of a four-seat sports tourer bodied by Westland Motors and a two-door saloon by Elliott of Reading which made headlines for becoming the fastest four-seater production car in the world.The most significant addition to Donald Healey Motors came in 1949 with the release of the Silverstone sports car. It featured a shortened frame and the coil spring/trailing arm front suspension received an anti-roll bar to tune the handling. Power came from the same twin-cam hemi-head Riley 2.4-liter four and the Silverstones calling card was its lightweight torpedo-style body with cycle fenders and a distinctive horizontal rear-mounted spare that doubled as a bumper. The quick and nimble Silverstone proved a hit with amateur club racers and Healey built 104 examples a respectable number for a company with only about 40 employees. Notably the Silverstone established the Healey marque in America where the budding sports car racing scene was about to explode in a frenzy as British and European manufacturers fought for a slice of this lucrative new market. The versatile Silverstone racked up numerous road-racing wins and impressive results in premier long-distance rallies including two overall victories on the Coupe des Alpes rally and an overall win on the Liege-Rome-Liege rally in 1951.While all Healey Silverstones are important collectible cars chassis number D19 is a particularly significant Silverstone as it is known to be the second example to arrive on US shores in 1949 and carries fascinating race history from the formative years of the SCCA. The original owner Mr. Jim Kimberly (of Kimberly-Clark fame) was a highly influential and widely respected early member of the Sports Car Club of America. Gentleman Jim as he was known in the paddock was a wealthy playboy of sorts and a formidable driver who earned an SCCA National Championship. Throughout the 1950s he owned and drove numerous Ferraris Oscas Maseratis Jaguars and more and he loaned his latest-and-greatest cars to ace drivers like Carroll Shelby Pete Lovely Alfonso de Portago and Harry Schell.Kimberly purchased chassis D19 directly from Donald Healey and quickly put the car to work on the race track. Jim drove the car himself on several occasions and also hired it out other drivers including Fred Wacker the highly-rated gentleman driver from Chicago best known for skillfully taming his wild 8-Ball Allard J2-Cadillacs. Very early in Kimberlys ownership he made one significant change to the car: cutting the front-end sheet metal forward of the cowl making it removable in one piece via Dzus fasteners. This clever mod allowed the entire nose to be removed in minutes providing full access to the engine for service between races. This change makes the car easily identified in historic photos thanks to distinct scalloped polished trim where the nose joins the cowl.After two years Jim Kimberly sold D19 to fellow SCCA racer Jim Simpson. In Simpsons hands the car was repainted from its original red to primrose yellow and continued to run well in competitive events all around the country including at Bridgehampton Watkins Glen Elkhart Lake Palm Beach and other historic circuits. The cars best-recorded result came on July 23 1953 when it finished 2nd overall at Elkhart Lake again with Fred Wacker at the wheel. Incidentally Wacker finished behind Jim Kimberlys brand-new Ferrari.The next known owner is Mr. Anthony S. Carroll of Garden City New York. A letter on file from Jim Kimberly dated May 21 1968 and addressed to Mr. Carroll recalls the cars early history in Kimberlys hands. It was restored and refinished in British Racing Green at some point along the way. Tony Carroll raced the Silverstone in the VSCCA into the late 1960s and in 1972 he sold it to Nat Day of Greenwich Connecticut. Mr. Day was a long-term and faithful custodian of chassis D19 continuing the cars long-running race career while also treating it to a high-quality restoration back to its original colors in the late 1980s. Nat Day and his Healey Silverstone were regulars at the Lime Rock Park Fall Vintage Festival for years and in 1997 he showed it at the Greenwich Concours dElegance taking home the European Car magazine award for the Car wed most like to take on the Monte. In 2006 after 34 years with the Healey Silverstone Mr. Day sold the car to another Connecticut-based enthusiast who kept it in his private collection until 2022. It is offered in superb condition with a recently freshened restoration resulting in crisp and lovely cosmetics equally suited for concours or driving events. Now back in its original shade of red with tan upholstery it retains authentic details including correct wheel covers period-correct Avon tires and hidden lamps behind the grille. Importantly the numbers-matching Riley engine is in place ensuring eligibility in a host of prestigious events including the Mille Miglia. It also retains the removable nose section as modified by Jim Kimberly in 1949. A comprehensive history file accompanies the car containing registry information period photos letters and correspondence from prior owners.Donald Healeys sublimely balanced Silverstone was a David among Goliaths on the race track paving the way for its famous successors. This fabulous example boasts outstanding early history with a beautifully detailed restoration and is ready for vintage races rallies tours and concours worldwide. Offers welcome and trades considered For additional details please view this listing directly on our website https://hymanltd.com/vehicles/7298-1949-healey-silverstone/ 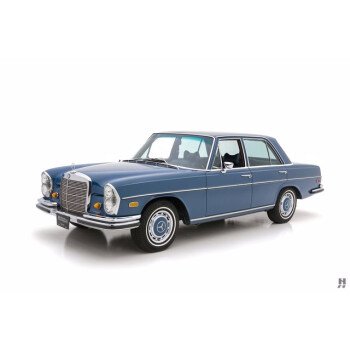 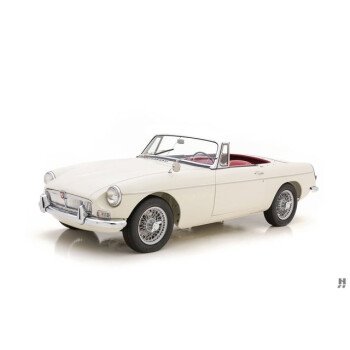 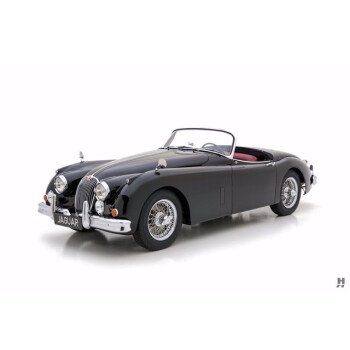 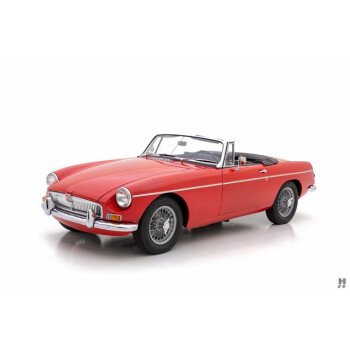