Few initials have such worldwide recognition as MG. Initially standing for Morris Garages, the place where Cecil Kimber transformed ordinary Morris cars into sporting machinery, they have become virtually synonymous with sports car.

Light two-seater bodies and modified suspension made the cars nimble, and a racing program in the 1930s spread their fame. MGs won 37 major events in five years and set a number of records, among them the first 750-cubic-centimeter car to break 100 mph and the first 1,100-cubic-centimeter vehicle to top 120.

The first of the T-type MGs arrived in 1936, the 1,292-cubic-centimeter, pushrod-engine TA. It set the style for the next 20 years, with deep-cutout doors and a slab-shaped petrol tank at the rear. The shorter-stroke but more powerful 1,250-cubic-centimeter XPAG engine debuted with the TB in 1939.

MGs post-war return came at the 1945 London Motor Show with the new TC, wider and heavier than the TB, but in the same idiom. Though a few pre-war models had been imported by followers of the nascent motor sports movement, regular imports of the new TC truly cemented MGs reputation in the United States as the sports car of choice.

This 1948 MG TC has benefitted from a restoration by the British marque specialists at M & G Vintage Auto Company (Tuxedo Motor Sport) of Ridgewood, New Jersey. The Tuxedo name is likely more familiar to some, as they were one of the first licensed distributors of Moss Motors products in North America. According to a display placard that accompanies the car, the fresh-from-the-factory restoration was commissioned by Jaguar Rover Triumph Inc. and is believed to have been completed in the early 1990s. The TC was acquired by the Haas Collection in July 1995.

Finished in red with a tan top, this TC features a driver mirror and power windshield wipers. It rides on Dunlop tires mounted on painted wire wheels with chrome MG-branded dog ear knock-offs; a full spare is mounted at the rear. Drum brakes, as well as front shock absorbers by Girling, have been enthusiastically retained to provide the quintessential TC experience. A 1955 New Jersey inspection sticker remains nicely preserved on the windshield, while New England MG T Register and MG Car Club badges adorn the front of the car, shedding some light on the cars otherwise unknown early history.

The interior is trimmed in tan leather and features a three-spoke MG steering wheel and a dash which houses a full suite of Jaeger instrumentation. The TC is powered by its numbers-matching XPAG engine with a dual-SU carburetor setup; the engine is paired with a four-speed manual gearbox. The MG is accompanied by jack, tools, top boot cover, and side windows for added protection when faced with inclement weather.

Owned for many years by one of the most famous personalities in the post-war American motorsport landscape, Carl Haas, this TC would make a wonderful addition to any sports car collection. To view this car and others currently consigned to this auction, please visit the RM website at rmsothebys.com/en/auctions/hn22. 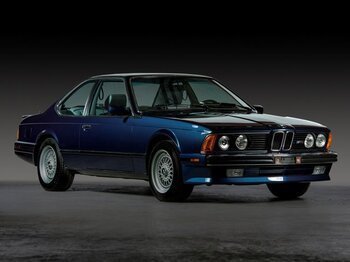 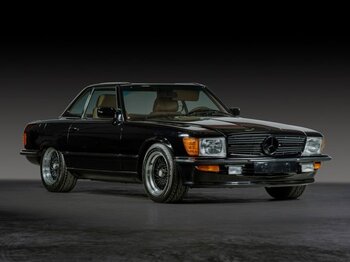 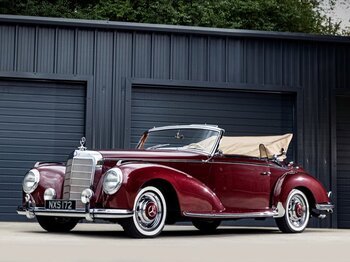 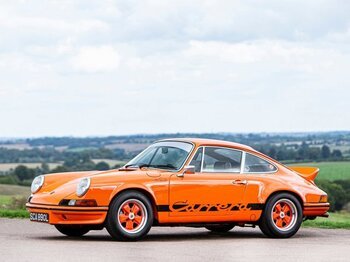