The First All-New Post-War Cadillac Design Exquisite Factory Color Combination Lovely Restoration to Show Standards First Year of Cadillac Tail Fins Flathead V-8 Engine 4-Speed Hydra-Matic Transmission 4-Wheel Hydraulic Drum Brakes Emerging from the war years, Cadillac was due for a new look. Design leader Frank Hershey talked with his team about adding aircraft- inspired styling cues to the 1948 design, including long, sleek lines and tail fins inspired by the Lockheed P-38 Lightning s twin tails. Initially met with skepticism, Hershey continued to champion the new design until General Motors top brass approved, believing that his was the best way forward for Cadillac, which had long been known for its elegant and groundbreaking designs. The public came to adore the fins and sales soared, which was exactly what General Motors needed in the late 1940s. Those tail fins, in the opinion of Harley Earl successor Bill Mitchell, gave Cadillac a brand identity and a long-lasting design motif. Almost immediately, the tail fin became a prestigious status symbol. The 1948 Cadillacs featured an all-new, more cohesive body design with a cut-down windshield and bold horizontal lines that ran the length of the car, while retaining Cadillac s unmistakable styling cues. Exclusive to 1948 was a drum-shaped instrument panel that neatly housed all of the gauges and controls. This unique dash treatment was discontinued the following year as it was deemed too complex and costly to produce. The Series 62 models featured rich interior trim with standard hydraulic window lifts, and for the convertible a hydraulic power top. Although this car s history is not known prior to the early 2000s, it has occupied a place ofhonor in three collections in the past 2 decades. It was a favorite in the noted Southern California collection of John Spencer Bradley until his passing in 2006. Actor,Brad Garrett,acquired the car soon thereafter, adding it to his personal collection of rare 1950s and 1960s American convertibles. Mr. Garrett enjoyed driving the car, adding several hundred miles to its odometer along the California coast. We purchased the Cadillac in 2013 and it has been serviced as needed and has been maintained in our collection in ready-to-drive condition. Restored to a very high standard, this beautifully presented Lucerne Green Series 62 Convertible shows an impeccable level of detail; its tan interior with matching carpets are the perfect complement to the lively exterior. Benefitting from careful, light use, this Cadillac reportedly remains in outstanding condition throughout. Its show-quality chrome bumpers and trim retain a deep luster, and the tan canvas top remains expertly fitted. It also features factory-available options, including an AM radio, the $174 Hydra-Matic four-speed transmission, heater and electric clock. A great-looking Cadillac that may be shown with success in local events and enjoyed on the open road, this rare Convertible Coupe would be a welcome addition to any collection or an exciting entry into the world of classic cars. 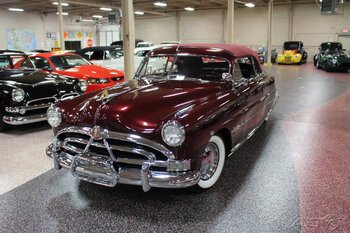 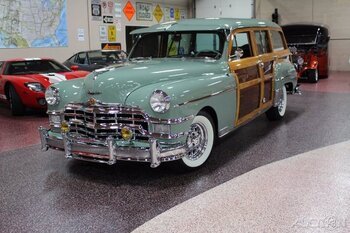 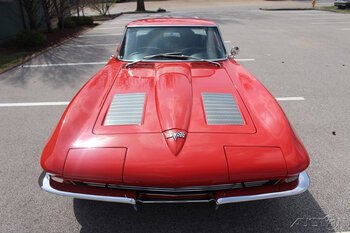 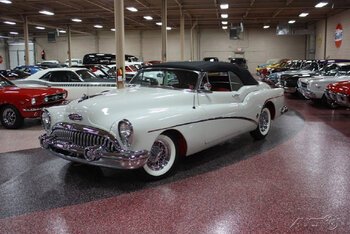