Sometimes we get ideas for a project which really doesnt seem realistic. Theyre those projects that, in our heads, sound like a really cool idea but in reality are probably going to be difficult, time consuming, and cause lots of migraines. Bringing one of these projects to completion and ending up with a really bitchin vehicle, is something to be proud of. Here in, we offer up a 1947 CJ2A which will need some TLC but in the end you will have a truly unique original. Reportedly went overseas post WW2 which begs the question as to exactly why, and also there are rumors it appeared in a Hollywood Movie but as if yet dont have any info on this either. Is this Jeep folklore hokum or a true fact? Lets just go with its a very neato project! Exterior Here we see some spotty invasive rust, surface rust and worn chrome and overall in need of some serious metalwork. It is all original though, and bathed in gray drab paint which is in poor condition as well. The iconic front grille with round headlights adorning either side leads the way with a black bumper framing the bottom. A rear hitch, and small bed with tailgate are seen as well as the frame for an eventual canvas top is in the vehicle at present. 15-inch steel wheels in white are wrapped by aged 6.50-16s on each corner. Ok lets see Klinger, Mother dying, sister dying, brother dying, ooh and heres an oldie but a goodie Mother and sister dying... Interior Inside, which is pretty much outside at this point, is a setup with 2 bomber style mostly missing and bare framed black vinyl buckets. The dash is all original and also in gray drab with black faced round gages and some pulls on top. Floors are bare metal and are also suffering from spotty rusting in various stages. No radio and all electrics are 6 volt...shocking! Choppers.. Drivetrain Under the hood is the rusted hulk of a 134ci I-4 cylinder engine, it has a 1-barrel carburetor and in back is a Borg Warner T90 3-speed manual transmission. The rear axle is 5.38 gears giving a very high engine sound when it rolls into the mobile hospital compound. It is seized and does not run, and needs a top end. Undercarriage Some invasive rust has rotted the undercarriage in various locations. Also plenty of surface rust is in abundance. Leaf spring suspension, and drum braking are all around this undercarriage Drive-Ability Currently the engine is seized but the steering wheel turns the front tires. An ambitious project to say the least, for the home tinkerer as that is the only way you could come close to carrying out your ambitions and not depleting your retirement fund. A classic though and it will keep you away from in front of the TV! 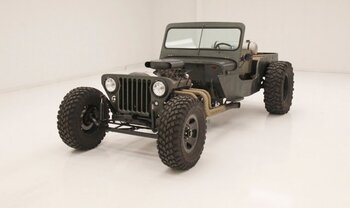 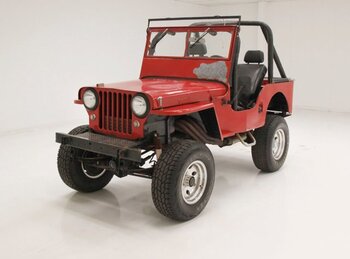 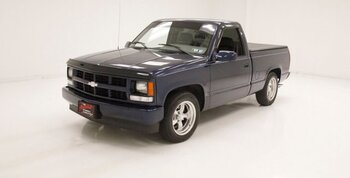 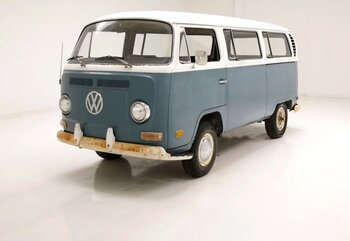