With the end of World War II American automakers scrambled to return to normal production after halting their automobile lines in 1942. Since the war had also stopped the development of new models most companies raced to rehash pre-war designs for the new post-war era. While that was also the case for Cadillac the outlook was somewhat brighter since it meant resuming the brilliant Series 62. Post-war models were refreshed with a subtly reworked front-end design that included a new grille and subtly tweaked fender profile. With a flowing beautifully contoured body the freshened shape served as the basis for Cadillacs design language through the rest of the 1940s and into the early 50s. As was the norm for GMs flagship marque numerous body styles were available and the two-door convertible returned as the ultimate iteration of the Series 62. Cadillac lived into its slogan as The Standard of the World in this era and the cars were lavishly equipped with automatic transmissions refined 346 cubic-inch Monobloc V8 engine leather upholstery and plenty of power accessories. The model proved very popular with buyers remaining essentially unchanged through 1947 with nearly 40000 units of the Series 62 sold. Of that total just 6755 left the factory as Model 6267 Convertible Coupes. Todays collectors covet the Series 62 Convertible Coupe for its remarkably civilized road manners gorgeous lines and the fact that its one of just a few post-war cars to be recognized as a Full Classic by the Classic Car Club of America.This marvelous and desirable 1947 Cadillac S.62 Convertible Coupe is the subject of a high-quality older restoration and has been cherished by its previous caretakers. It is a beautiful example restored from the ground up and finished in its original shade of Cavern Green over tan upholstery as per the factory build sheet and equipped with numerous desirable options. Since its restoration it has earned a CCCA Senior Premier Award and has been enjoyed on the road now displaying an appealing character from use. The paintwork is excellent with good consistent panel fit all around. The extensive chrome and brightwork are similarly excellent and consistent with the age and high-quality nature of the restoration. It rides on period-correct wide whitewall tires and green-painted wheels fitted with iconic Sombrero polished covers.The Series 62 had few peers in 1947 as the luxurious interior demonstrates so well. According to the build sheet this car was originally trimmed in tan leather and Bedford cord changed to all leather during the restoration. Original equipment includes power windows powered top C accessory group radio and aerial under-seat heater and fog lights. The upholstery while older is supple and in excellent condition in the front and rear with only some slight discoloration of the carpets noted. Instruments and controls are factory-correct items and the interior brightwork is excellent. The top is finished in tan canvas with a matching canvas boot cover all in fine order.Cadillacs 346 cubic-inch L-head V8 had roots in the pre-war era; however it is one of the finest engines of the time renowned for its power and durability. It was so trusted that versions were used to power various allied tanks during World War II. In civilian guise it makes 150 horsepower which on this car is sent through the optional Hydramatic automatic gearbox. The engine bay is orderly and the V8 is well detailed in the correct shade of olive green with gloss black ancillaries and period-appropriate details and hardware.One drive in a Cadillac Series 62 of this era is enough to see why they are so highly sought after by touring enthusiasts. They offer power comfort and style in abundance with the prestige of membership in groups like the CCCA. This lovely example is sure to provide miles of enjoyable motoring for its next caretaker just as it has for the past three-quarters of a century. Offers welcome and trades consideredFor additional details please view this listing directly on our website https://hymanltd.com/vehicles/7010-1947-cadillac-series-62-convertible/ 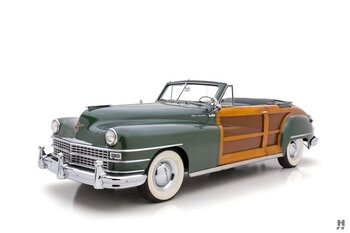 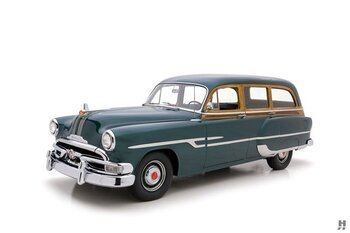 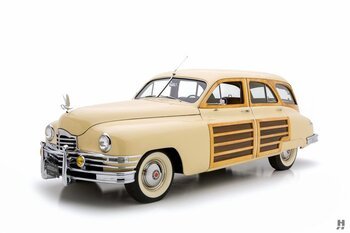 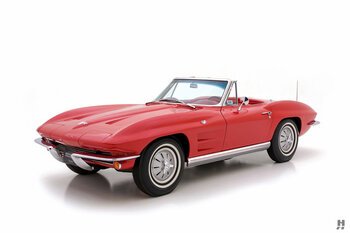