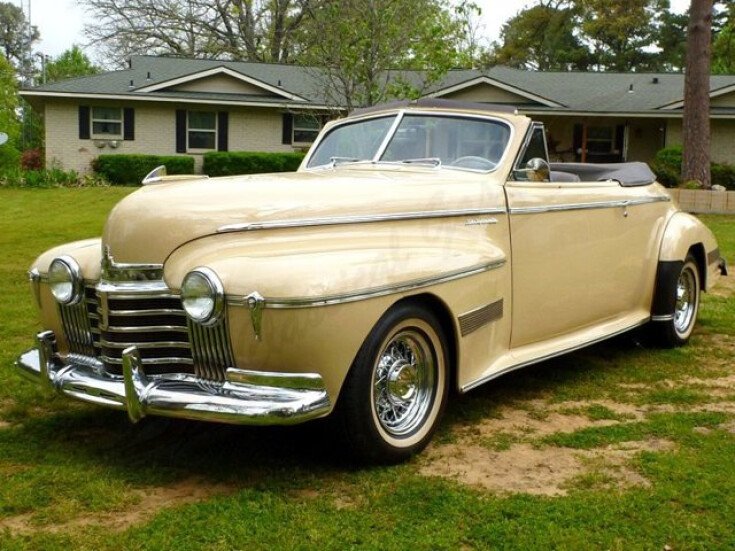 1941 Oldsmobile 96 Convertible You have just stumbled across one of the coolest Oldsmobiles still on the road. The series 98 was introduced in 1941 and continued to be produced for 12 generations spanning to 1996. During their production there was only one year a 6 cylinder version was produced, named the 96, and that year was 1941. Following its production the 6 cylinder version was dropped in 1942. During its 1941 year only 325 convertibles were created. Oldsmobiles of this vintage are already rarely seen cars but this Convertible takes that rarity to another level. Not only is it one of the 325 produced but it is the only one still known to exist making it truly one of a kind. When first produced these cars weighed in at 3,525 pounds and had a 125 inch wheelbase. They were also being sold for a whopping $1,191.00 which would have been worth just over $21K in todays dollars. The original restoration was done in 1989 and it has been extremely well cared for since. The current owner purchased the car from the restorers son in 2019 and freshened it up with multiple touch ups to the paint to bring it back to its show room quality. He is a member of the Oldsmobile Club of America and contacted the clubs experts in 1941 year models. That person actually knew and saw this car when it was being restored originally. He even sent that owner a photograph of the engine compartment plate. He also confirmed that it was the only 96 Convertible known to be in existence. Since the restoration it has approximately 3,000 miles and the odometer reflects 32,000 miles so it has clearly been taken care of since it left the factory. The Cream colored paint is in beautiful condition as is all of the original trim and chrome accents. The touch up work was done by a professional restorer and you cant even tell where the work was done. The paint pairs nicely with the Brown convertible top that is around 3 years old. It is in excellent condition and a very high quality material was used so it should hold up for many many years to come. The car rides on wire wheels which suit its luxurious exterior perfectly. Those are wrapped with thin white wall tires which are in good shape. In lieu of the original 6 cylinder the original restorer decided to swap out the drivetrain to make it more road worthy and reliable. It is now sporting a 350 V8 crate motor backed by a Turbo 350 automatic transmission. The engine compartment is very clean and has been dressed up with lots of chrome accents and a custom pinstriped Cadillac air cleaner. It has also been upgraded with power steering and power brakes which makes it much more comfortable to cruise down the road than it was originally. An electric fan was installed to eliminate any cooling issues and the battery relocated to a hidden compartment in the trunk. It is an excellent driver and has been taken to many shows where it never leaves without an award. The interior features two tone Beige cloth and Brown leather upholstery which is i 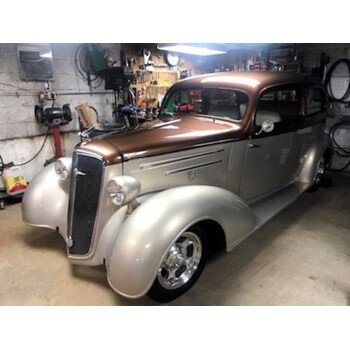 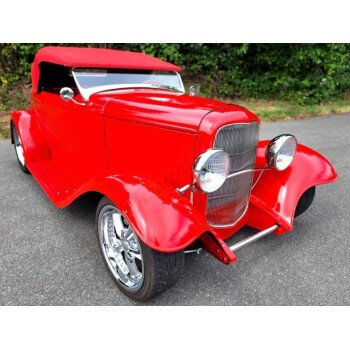 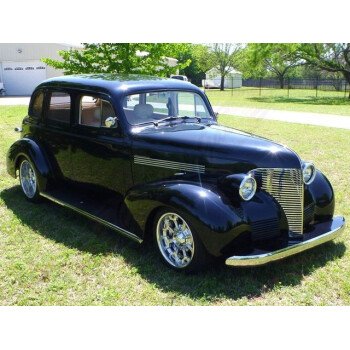 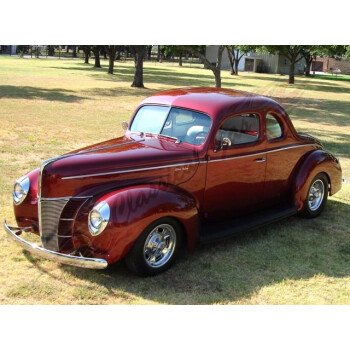