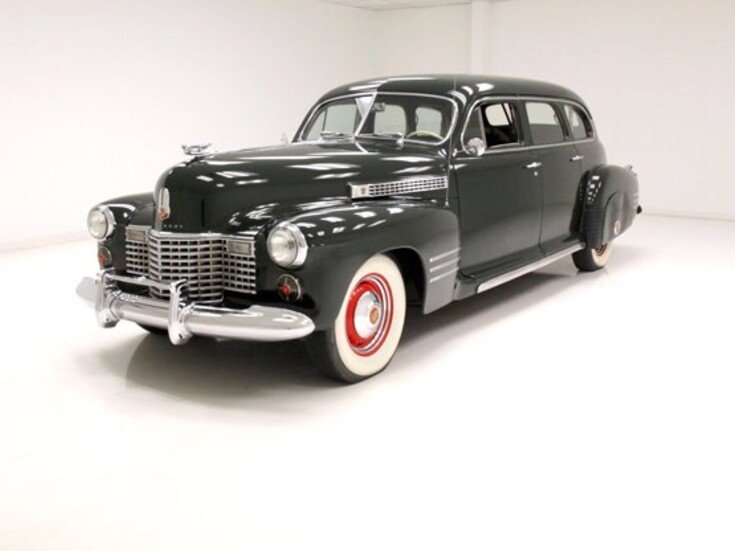 1941 Cadillac Limousine The Fleetwood Metal Body Company dates back to the early 1900s. The Company was formed in the UK then branched here in the USA in Fleetwood, Pennsylvania in 1905. Lawrence (Larry) Fisher of Fisher Body was so impressed with Fleetwoods craftsmanship, that Cadillac purchased it in 1925 moving the sales and design offices to Detroit, Michigan near the Fisher Body plant. The 1941 Fleetwood Series 67 Touring Imperial was a hand-crafted limousine built in the Cadillac tradition. This consignment was a most brilliant motor car for its day, and it, with others like it, built the Standard of the World reputation in years to come for the Cadillac brand. This magnificent sedan is a highly sought collectible today as only 757 Touring Imperials were built. Right here gracing our hallowed halls of Classic Auto Mall, ripe for the picking. Exterior The all-new 1941 Cadillacs genuinely established the brand as Americas ultimate automobile status symbol. All models featured the torpedo body shell that originated with the first Series Sixty-Special. It has a more modern design with its headlamps mounted inward rather than on the tops of the front fenders. It sports a horizontal egg-crate grille that many automakers have since imitated. The shoulders are squared off with trailing edges. All emblems and trim are finished to jewel-like perfection and remain in this pristine condition. Speaking of which, Cavern Green bathes all the large straight well minded gapped steel panels. Available options for this Fleetwood Series 75 Touring Imperial sedan included fender skirts, mirrors, windshield washer, back-up lamps, a radio, and the GM Hydra-Matic transmission. Hydra-Matic was the worlds first fully automatic transmission. 4 doors for easy rear passenger access, and red steel wheels wrapped with tasteful wide, wide whites and a centrally cloisonn badged moon cap and this car is ready for the journey of its well heeled passengers. A shout out to the 4 sets of trios of horizontal chrome trimmings on the front and rear quarters just aft of the wheel wells. Somehow it adds even more length to this incredible limousine! Interior Step into the lap of luxury in an interior world where a black leather tuck and roll pattern bench is upfront. Strictly meant for the driver, it is in very nice condition and bumps up on either side with some black paneled doors for the drivers and front passengers doors. Fronting the beautifully symmetrically designed dash with a central radio, massive chromed speaker grille and flanking round speedometer and clock, along with a horizontal bar, is the white bakelite wheel with chromed horn ring, and Caddy crown badge. Black carpet is a foot upfront. Opening the rear doors we are now past the help section of the car, and behind the raising and lowering glass just behind the front bench. This is a different world where broadcloth Heathercord colored surfaces cover green metal silled doors in tuck and roll vertical pattern. Seating is a large rear couch-like bench, with 2 foldable jumpsuits available for extras. The rear seat has a few spots, and a non matching gray back to this bench. Arms are equipped with window toggles and door locks within, and silk curtains hanging from simple chromed rods above the rear most glass. Even the headliner and flooring changes from black to tan after that glass divider. Breathe it in! Drivetrain Under the big hood is a Cadillac 346ci L-Head 8 cylinder engine made up of a cast iron block and head, three main bearings, and hydraulic lifters. A Stromberg AAV-26, Carter WDO506s carburetor is attached. This engine produces 150 bhp @ 3,400 rpm. It has a selective synchro manual 3-speed column shift transmission. The rear was fitted with a Hotchkiss semi-floating axle with hypoid gears in 4.27 configuration. All is looking just fine under this hood. Undercarriage Some surface rust, some heavy, and a smidgeon of invasive rust has invaded the tire well in the back underneath. All else is structurally sound with a solid X frame, rockers and floorpans. A new blue painted transmission, recently rebuilt, adorns the undercarriage behind the engine. Independent coil spring suspension for the front and leaf springs for the rear provide the ride. Hydraulic braking at all four wheels was standard. $2,890 went a long way in 1941, that was the base price of the Series 67 Touring Imperial. Drive-Ability An easy starter after a turn of the key, and we were off for the test drive. I took the rear passengers seating and my cohort drove me to lunch (Driving these days is so pedestrian!). But I digress and all worked well, with smooth ride, nice acceleration and smooth manual shifting thanks to the talented feet of my chauffeur . A wonderful experience. Only 757 of these were built, so it is a rare bird, and unknown as to how many exactly survive. This one was in a museum in New Jersey, then enjoyed by our consigner, who maintained it, rebuilt the engine and transmission, and has new front end components and suspension. Nice overall finish and fit, and a glimpse into the other halves lifestyle...I kinda like it...Jeeves! To the deli!! ....and keep the divider glass up... TRIM TAG STYLE 41 6733-1941 Series 67 Sedan BODY 112-Body # TRIM 74-Green Heather Cord PAINT 53-Cavern Green 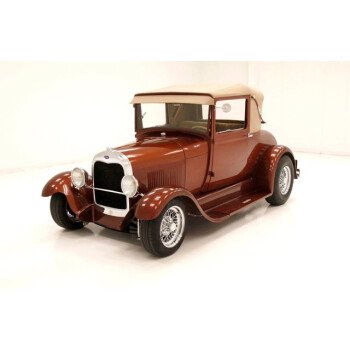 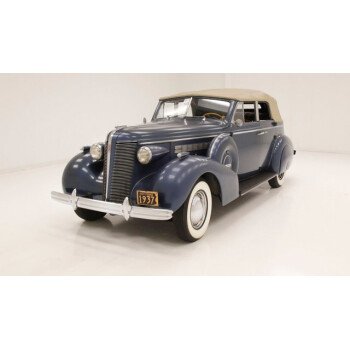 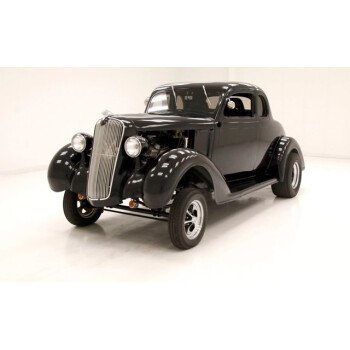 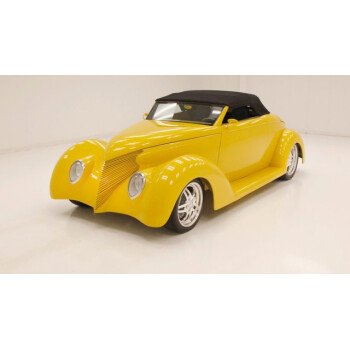