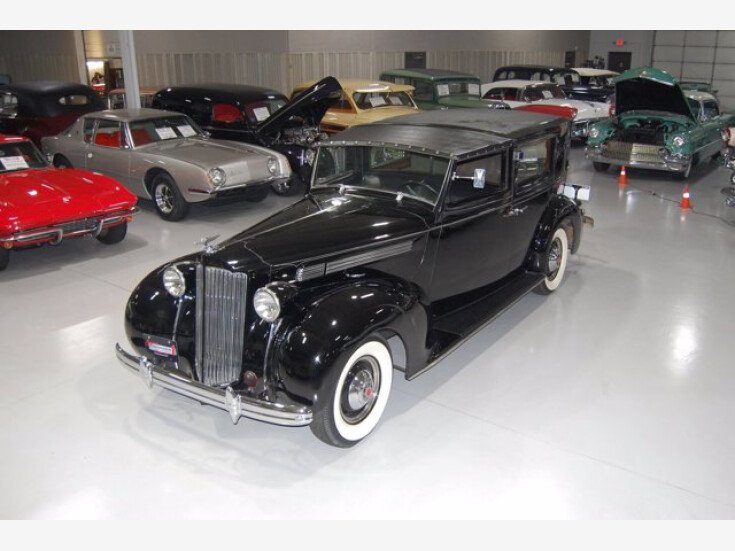 This 1938 Packard Rollston Eight 1668 All-Weather Panel Brougham is a unique and rare custom-bodied coach with all of the finest elements of luxury. Ask the man who owns one was the tag-line for Packard back in 1938, however, 38 was a down year for Packard. Buyers of Packards luxury automobiles were still recovering from the Great Depression and spending thousands of dollars on a new car was not the top priority for most. Nonetheless, Packard still remained atop of the hierarchy of independent luxury automakers with many, including Pierce-Arrow, Peerless, Cord, Duesenberg, and others, either out of business or very close to it. 1938 also marked the first year that Packard partnered up with the Rollston Company, a premier New York-based coachbuilder at the time, to create several new custom-bodied Packards. One of those new Rollston bodies was Style Number 1668 the All-Weather Panel Brougham which was built on the Packard Eights shorter wheel base. The resulting Brougham was positioned as an ultra-formal vehicle that was both roomy and and easier to park than the typical limousine-type Packards of the day. Of all of the Packard-Rollston Eights, the All-Weather Panel Brougham was the most expensive with an initial price of $5,100 which was more than 4 times more expensive than the least expensive Eight Business Coupe. This particular Rollston-bodied Packard comes to us from a Texas-based collector who purchased the car from an east-coast collector who reportedly owned the car since the 50s. Under the hood on this Packard-Rollston Brougham is a 282 Cubic Inch L-Head Straight 8 cylinder engine with a single barrel carburetor that pushed out 120 horsepower in its day. The 282 Straight 8 is mated to a 3 speed manual transmission that is shifted using a floor mounted shifter. One of the most unique aspects of this Packard is the open-front design, where the drivers compartment (which is separate from the rear passenger cabin) has an open top. This antique Packard is equipped with a folding black tonneau above the driver which was an option for the All-Weather Panel Brougham. Another special feature on this Rollston are the side-mounted coach lights, further elevating the luxurious look of this Packard. The exterior is finished in black lacquer giving the car a truly grandiose exterior appearance. This Packard Rollston Brougham rides on 4 wide whitewall bias ply tires on disc wheels with Packard Eight hubcaps, just like how this car came back in 1938. The interior on this custom Packard is absolutely stunning! The passenger cabin seating includes a tufted rear bench seat upholstered in an elegant beige broadcloth and a pair of fold-out jump seats. From the door panels, to the walls, to the armrests, to the accessory accents, the entire rear passenger cabin is trimmed in beautiful beige broadcloth. The rear floor and footrest are finished in a matching beige carpet as well that is also in very nice shape. The rear enclosed passenger cabin is separated from the drivers compartment by a sliding glass window that has a clock mounted underneath it. The drivers bench seat has been reupholstered in a beautiful black leather. The dash, door panels and steering wheel are in very nice shape as well and theyre in their stock configuration. The dash is equipped with a 100 MPH speedometer, temperature gauge, oil pressure gauge, amp gauge and fuel gauge, as well as a clock. An Equus temperature gauge has been tucked neatly under the dash for added precision with regards to the engines performance. Whether youre the man one should ask about a Packard or youre looking for your very first classic car, this 1938 Packard Rollston Eight 1668 All-Weather Panel Brougham would make a very fine choice. Give us a call today! 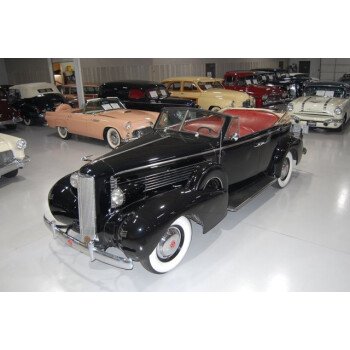 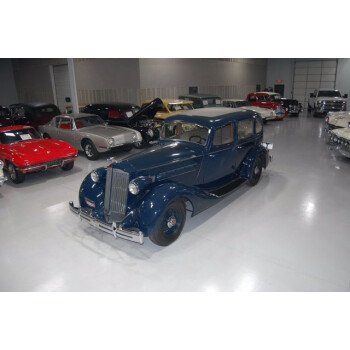 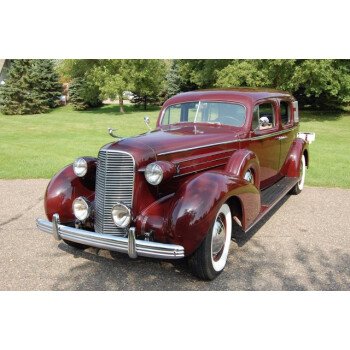 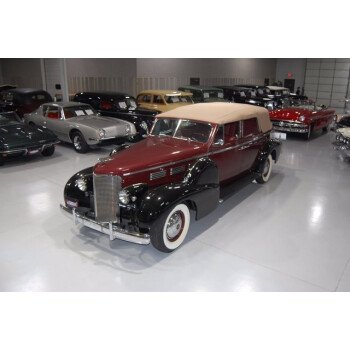