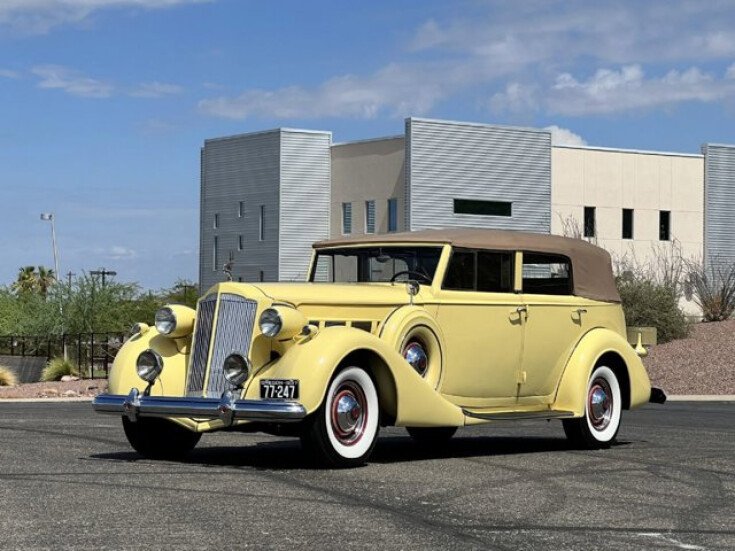 This is a beautiful 1937 Packard Super 8 Model 1502 Convertible Sedan that has been awarded numerous First Place awards while participating on many tours and CARavans. This is said to be one of 99 made and one of 13 known to exist. Dietrich designed the lines of the gorgeous 1937 convertible sedan, but the bodies were built at the Packard plant. This Packard was sold on May 11, 1937 at the Morristown Packard Company in Morristown, NJ. By 1998, the Packard was owned by the iconic Tom Crook in Kent, WA. It was already cosmetically restored and was a very nice example. Mr. John Milliken from Westlake Village, Ca acquired the Packard on September 15, 1998. Immediately after acquiring the Super 8, John commenced a complete engine rebuild, added the Gear Vendor overdrive and did a significant number of additional improvements. By 2001, the Packard was ready to show and earned its CCCA First Place Senior Badge No. 2327. On March 11, 2004, Mr. Milliken traded the Packard for another car with Mr. David McCready from Hillsboro, OR. Scott Simdorn from Ottertail, MN acquired the Super 8 from Mr. McCreary on August 7, 2009. This Super 8 has accumulated about 7,000 miles since its mechanical restoration. The livery is Primrose and complimented by burgundy coach stripes and burgundy wheels with cream striping. The twin side mounted spares give it a formal presence and include the correct metal covers and mirrors. The rear has the trunk rack and Trippe Lights are mounted on the front. Importantly, the Dietrich, Inc. body tag remains on the cowl. The tan canvas convertible top is in very nice condition. The interior is presented in a beautiful burgundy leather that is soft and supple. The correct burgundy Wilton wool carpet has burgundy leather binding. The faux wood graining on the dash and window surrounds are well done and as-new. The correct wood on the door caps and division window are all in very nice condition. The convertible top hardware is all in beautiful chrome. The interior features many accessories including a Tropic Air heater and an AM radio with an auxiliary speaker. The engine compartment is beautifully detailed for show. The completely rebuilt 320 cid straight eight-cylinder engine has 7,000 miles added since its restoration. The three-speed manual transmission is connected through the Gear Vendor overdrive unit that adds a 22verdrive. The chassis has been well cleaned, painted and detailed when restored and looks very nice today. Diamond Back wide white walled radials help make the handling and performance better, while making for safer touring. The older restoration has held up well over the years. There is a scratch in the rear bumper and a variety of small touched up chips in the high use areas. For more information and details, please call, text or email Harry Clark at 1.602.245.7200 or harry@classicpromenade.com . This Super 8 is available for viewing in our Phoenix showroom. 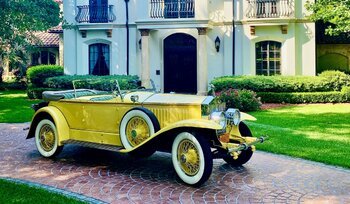 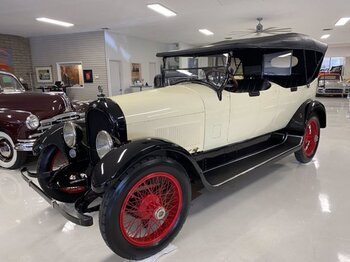 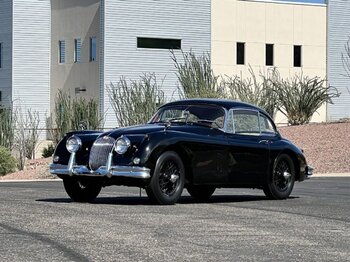 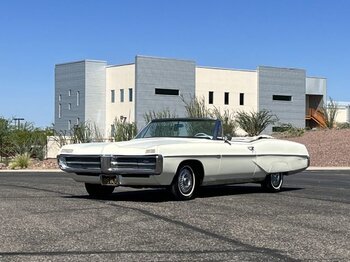