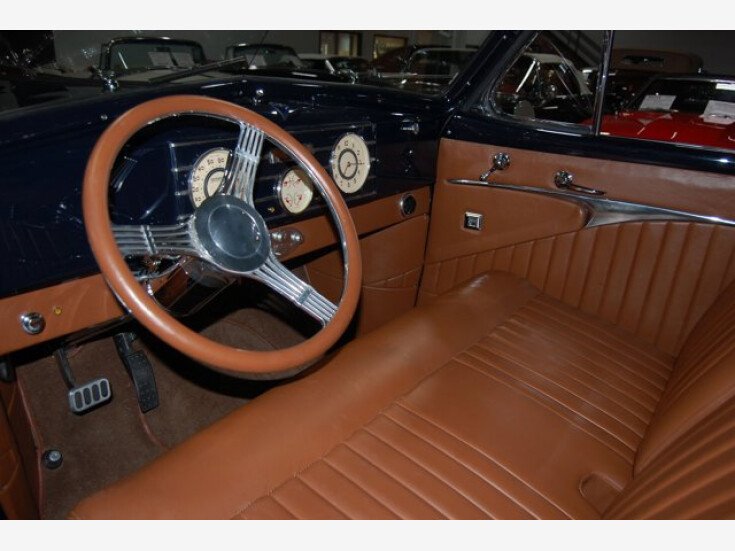 This 1937 Cadillac Series 60 Convertible Coupe is impeccably built and tastefully customized restomod that recently underwent an extensive professional frame-off restoration. When the 1937 Cadillac line was introduced to the public in November of 1936, the United States appeared to perhaps be emerging from the vast economic downturn caused by the Great Depression. See, the effects of the Great Depression on American luxury automakers, like Cadillac, were significant. In fact, by November 1936 many of the luxury auto manufacturers, such as Peerless, Marmon, Stutz, and Pierce-Arrow had already gone out of business, and others, such as, Auburn-Cord-Duesenberg, were on the imminent brink of failure. To survive, the remaining luxury automobile manufacturers such as Packard and LaSalle, and later Cadillac, introduced entry-level vehicles that offered similar ritzy styling but were more affordable and accessible to general buying public. For Cadillac, that introductory vehicle was the Series 60 which was smaller, shorter, lighter, and less powerful, but it was also more affordable and offered the level of quality and craftsmanship that was synonymous with Cadillac. By the time 1937 rolled around, the economy began to rebound and Cadillacs entry level offerings enabled the company to survive the downturn. The 1937 Series 60 retained a similar body style from the previous year but was outfitted with a new eggcrate grille and louvers were added to the sides of the hood. This particular Series 60 Convertible comes to us after it an extensive professional frame-off restoration. During this extremely recent restoration, the car was tastefully restomodded with fantastic upgrades and customizations that make this car an absolute joy to drive. Under the hood on this 37 Cadillac is a 6.2 Liter LS3 V8 GM Performance crate engine with electronic fuel injection that is specced out to produce 430 horsepower. The 6.2L LS3 is mated to a 4L60 Automatic Transmission ensuring that anybody can take this custom Cadillac for a spin around the block. Being that this Cadillac Convertible has received the restomod treatment, it is absolutely loaded with options and upgrades! The front and rear suspension has been completely overhauled with with coilovers in all 4 corners and a Scotts Hot Rod N Customs setup consisting of Independent Front Suspension and a 4 link rear. The stock rear axle was also replaced with 9 inch Ford rear end with 3.23:1 gears. With Wilwood power disc brakes in all four corners, this 1937 Custom Cadillac has plenty of stopping power especially with all that extra horsepower under the hood. The addition of power steering is also a welcome upgrade since it improves the overall driving experience and makes maneuvering this classic Cadillac much easier. A custom dual FlowMaster exhaust setup gives this Cadillac restomod a nice throaty sound. Riding on a set of Wheelsmith wire wheels (17 front and 18 rears) paired with a set of radial tires, this Series 60 Convertible has an elegant look and even better ride. The exterior has been beautifully refinished in a dark blue basecoat/clearcoat that gives this Cadillac Convertible a truly classic exterior appearance. The chrome and brightwork around the exterior of this Cadillac Series 60 is in superb, show-worthy condition. The black Stayfast Haartz Cloth convertible top is in excellent condition. The interior on this Cadillac is one of the nicest weve ever seen! The front and rear bench seats, along with the door panels, have been reupholstered in gorgeous Camel brown leather and has an exceptionally elegant look and feel. The matching wool carpeting is in wonderful condition as well and adds to the high-class interior. The dash and steering wheel retain a tasteful, almost-stock appearance. The dash is equipped with a 110 MPH speedometer and clock, as well as gauges for oil pressure, volts, temperature, and fuel. Youll stay cool even on the hottest summer days since this Cadillac street rod has been outfitted with a Vintage Air Conditioning setup with the controls mounted neatly under the dash. A Secretaudio Hidden Classic Car Radio System with Bluetooth by Custom Autosounds is tucked away in the glovebox so that you can listen to all of your tunes while cruising down the road. Whether youre buying your first classic car or you want to add a True Classic that you can easily drive to your existing collection, this 1937 Cadillac Series 60 Convertible Coupe is make a magnificent choice. Give us a call today! 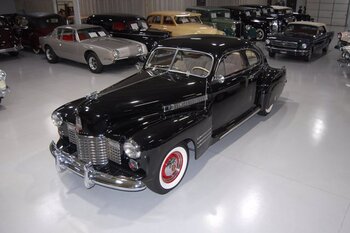 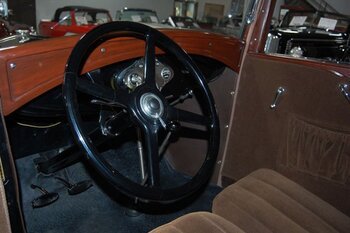 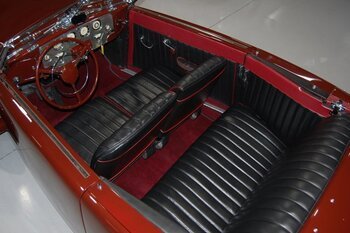 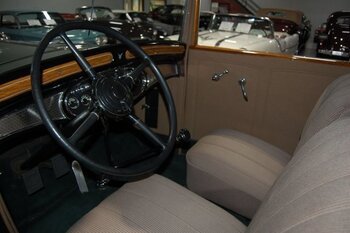