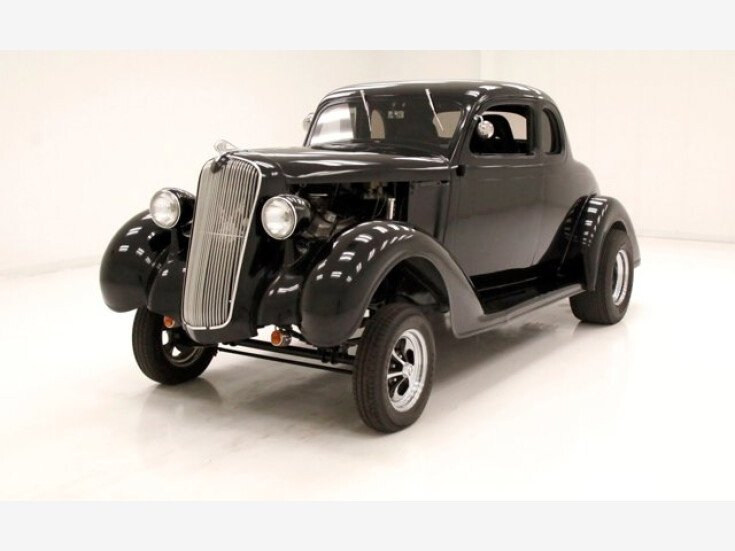 1936 Plymouth Coupe The Plymouth automobile made its debut in 1923 as a division of Chrysler that would produce lower price point automobiles that Ford and Chevrolet dominated at that time. The first Plymouth automobiles produced were a bit pricier than the Fords or Chevys, but they offered more technological improvements not available from the other two manufacturers. In 2001 the Plymouth division was dissolved. For consignment, a 5-window version of a Plymouth coupe that has been modified as a street rod in gasser form. Major engine improvements have been made to the V8 which has long since replaced the inline 6-cylinder engine that came with the car from the showroom. Exterior An all steel body that has been uncut and unmodified in any way. The original doors hang straight, the trunk lid opens and closes with all even gaps, and the hood side coverings have been removed. The paint is not fresh; however, it presents nicely, and was most likely sprayed with a 2-stage system. The brilliant black color shows small imperfections in the form of chips, scuffs and scratches when inspected closely, however there are absolutely no major dents or rust worth noting, as well as no areas of major body filler being used. Steel fenders and small running boards adorn each side. Chrome and brite work presents very nicely, with little to no flaws. Overall the exterior could be improved in minute ways, but there really is nothing worth noting. A matching set of big and little 15 Keystone Klassic wheels are attached. Interior With little left from the original car, beautiful buckets wrapped in black, with white stitching creates the allure of wonderfully aged leather. The door panels are finished the same way as the buckets but have white vinyl inlays for some extra bling. We see a large white vinyl swoop along with white highlighting around the power window switches, speakers and armrest support. A center console has been added, and has a storage compartment sans lid, houses the gear selector and wraps up to meet the dash all the while holding an aftermarket AM/FM/CD stereo. Fronting the dash is a GM tilt steering column topped with a 3 spoke black rimmed steering wheel. The dash front is done to a near mirror finish, and houses gold bezeled Dolphin vintage looking gauges along with gold painted heater vents. More black vinyl makes up the rear side panels and covers the small package tray behind the seat. A good condition but sagging black headliner hangs above and looks splendid. Drivetrain A 350ci Chevrolet V8 which sports billet accessory brackets, polished valve covers, a multitude of chrome, and is topped with a 4bbl Holley carburetor which has a small chrome lidded pleated air filter assembly rests under the steel hood. With the engine block painted black, and everything else chromed, aluminum, or billet there is a good reason as to why this hot rod has no hood sides. Its the look . Attached is a TH350 3-speed automatic transmission of unknown vintage which sends power to a 10 bolt rear axle with unknown gearing. Undercarriage This car rides on what appears to be the original frame which is straight, rust free, in overall great condition, and is painted black. The underside in general is very solid with only minor patina and surface rust. A gasser style solid axle and leaf spring front suspension and disc brakes makes up the front. The rear has drum brakes and features a 4-link setup with coil springs. Shorty headers snake their way to a Flowmaster exhaust which ends just behind the rear axle. Drive-Ability Coming out of long-term storage tends to create issues that need addressed before one fires up a car. This car is an example of just that, however our consignor states that the car will run once the battery is charged. We did not attempt this; however we did turn the engine over by hand. This beautiful build, with all its chromed and black, is a true old school hot rod. The engine is a conversation piece, and all details make this rod stand out from the crowd. With a little TLC and elbow 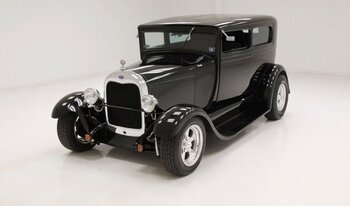 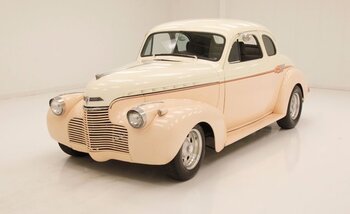 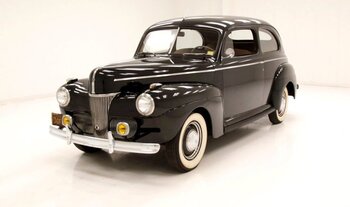 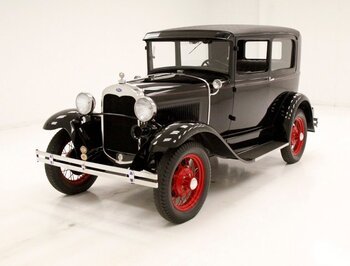