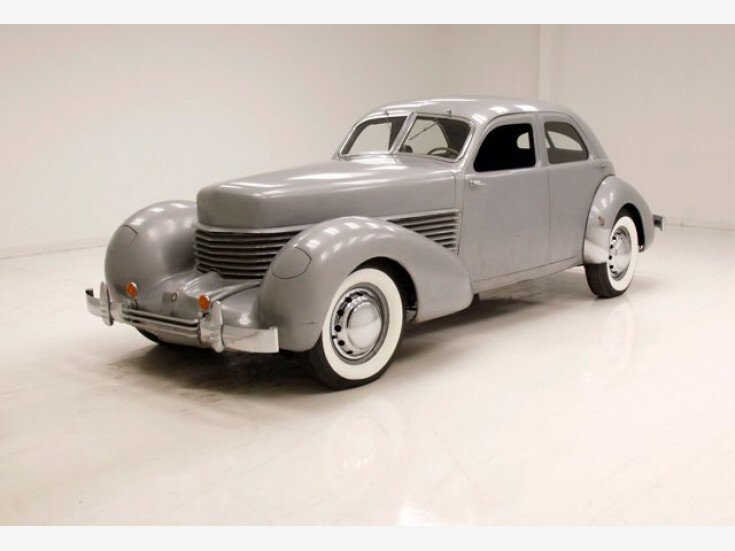 For consignment, from a 90-year-old collector who does not have it in him to restore this wonderfully innovative car, a 1936 Cord 810 Westchester. Many modern-day features are within this cars design, not the least of which is front wheel drive. Very stylish, very low to the ground and just a beautiful line throughout, this car will need some TLC on the bodywork, and mechanicals particularly the electrics. Exterior The Model 810/812 are probably the best-known of the companys products. Styled by Gordon M. Buehrig, this car features front-wheel drive and independent front suspension. Having front drive enabled the model 810 to be built so low, to render running boards unnecessary. Something not often seen in the mid 1930s. The car caused a sensation at the New York Auto Show in November 1935. Orders were taken at the show with Cord promising Christmas delivery, expecting production of 1,000 per month. Production delays pushed the expected delivery date to February 1936. This still proved optimistic the first production vehicles were actually delivered in April. In all, Cord managed to sell only 1,174 of the new 810 in its first model year. The car is well known for its flat front nose with a horizontal louvered grille design instead of the common radiator-style grille, that made its nose resemble a coffin, earning it the nickname of Coffin Nose. This combined with the hidden headlight pontoon like fenders and long flat area beneath the nose and fenders, it is a very unusual design but nonetheless striking. A split windscreen which is swept rearward, meets up with the rounded roofline that melts into the back of the car via a split rear half oval back glass. The rear fenders, also pontoon inspired, meet up with the downward sloping trunk deck and end up on top of the rear bumper. 16 inch chromed and polished steel wheels are rolled and wrapped with wide whitewall tires. The condition of the exterior surfaces is rough in spots, wear off of the silver paint, and some of the chrome trimmings are showing some rust beginnings. Interior Inside, a royal blue felted broadcloth covers most all surfaces including the lovey door panels. The doors are suicide doors with the latch in the front of the door, and these doors have hidden hinges something else not seen in other cars of this era. Shiny window cranks and an actuator along with a painted silver frame gives an expensive look. Inside a front bench also in royal blue felted broadcloth sit in an upholstered curved arm tub. Silver piping and a silver bolster separates the seat from the fronts. In the back accessible by another set of doors, the curved arm rear bench has the arms rust to the ceiling panels and surround the window of the rear glass. More piping in silver and some worn blue carpeting is noted in the back. The headliner is also blue broadcloth with silver piping ribs where the panels are stitched together. The dash is in blue with a large machined swirl pattern panel to house the round instruments, bakelite knobs and throttle and choke sliders. It is in a bit of a rough condition but no rust, just very dirty. The select shifting is seen on this car and a white painted but chipped off column and bog bakelite steering wheel is noted. On the floor in front is a brick pattern linoleum floor. Drivetrain Under the Coffin Hood is an original 288ci Lycoming V8 named after the company out of Williamsport, Pennsylvania and manufactures aircraft and automobile engines. It has a single 2-barrel carburetor and a 4-speed select shift semi-automatic transmission. The rear axle is a hefty 4.30 gear ratio. This engine presents in good condition and appears to be an earlier restoration. Undercarriage Plenty of road dirt, some earlier rustproofing which is wearing off and surface rust are noted underneath. A new fuel tank, lines, and sending unit are installed. New drum brake linings are in, and independent front and leaf spring rear suspension are on. Several rubber hoses have also been replaced. Drive-Ability She started right and off to the test track I went. This car is interesting to drive, as it no longer has the clutch start, but a push button under the dash. With the clutch in I selected first gear and were off after letting out the clutch. To shift I moved the selector on the column shifter to second, and when ready to go to the next gear, press in the clutch, let it back out and Viola! it works, and Im now in second. The car shifted smoothly, had decent braking and rides beautifully. Our consignor states it should have a new wiring harness to make it more reliable, and the carburetor could use a rebuild as should the generator. A very interesting car of which not too many were sold due to the depression. Plenty of stars of the era had a Cord, mostly the ones that had the side pipes emanating from the side hood cowl. This one is a very clean design, with hidden headlights that need cranked but do rise to the occasion. Some TLC on the body and paint, and a few mechanical brush ups and youre in business, moving picture star style! 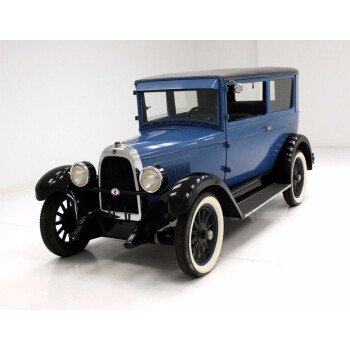 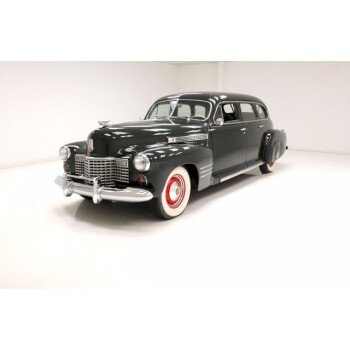 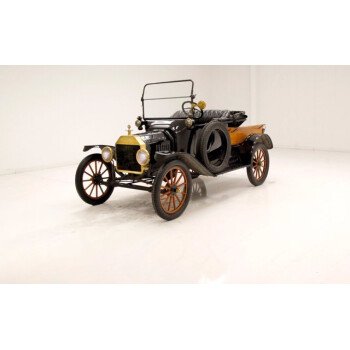 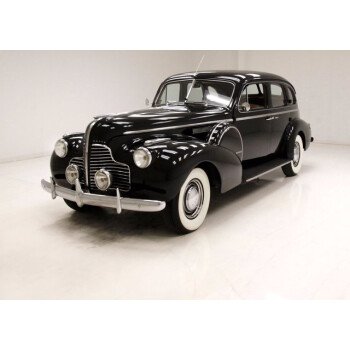