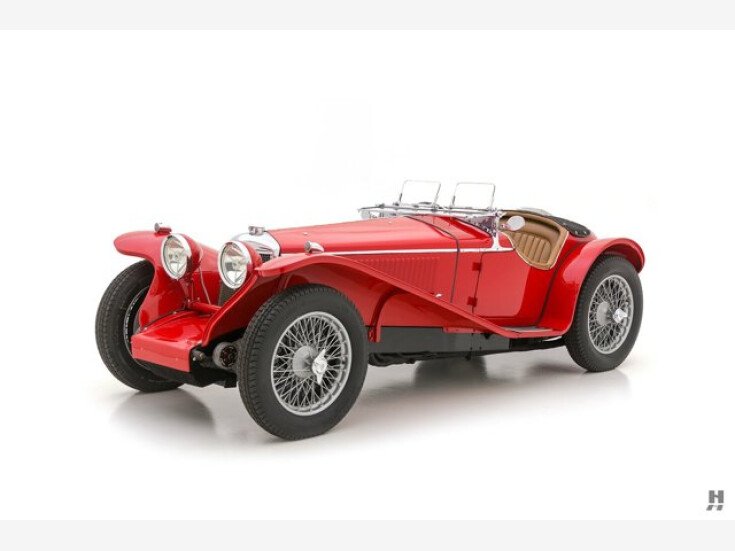 While most commonly associated with badge engineered small saloons as part of BMC during the 1950s and 1960s the Riley marque and its handsome race-wining sports cars occupy a special place in the hearts and minds of die-hard enthusiasts today. Established in 1898 Riley Specialized in tricycle cars until a switch to four-wheeled models took hold in 1907. Handsomely styled and fast sports cars and sleek saloons were clearly Rileys forte delivering impressive sophistication and excellent engineering at a startlingly low price point virtues that would certainly have profoundly influenced the business values of Jaguar founder William Lyons during the 1930s.A consistent threat in rallies trials and circuit races Rileys competition record was particularly strong during the early 30s with its Brooklands Nine model including 1st and 3rd places in the 1100cc class at the 1931 Irish Grand Prix held at Phoenix Park another 1st and 3rd in the 1931 Tourist Trophy overall victory at the 1932 T.T. and 2nd overall in the 1932 Brooklands 500 Mile Race. The venerable Brooklands Nine remained competitive through 1935 scoring first in the 1- -liter class and breaking the class speed record by 9 miles per hour.Despite the brilliant success of the Brooklands Nine relentless development and engineering at Riley seamlessly translated the marques racing success to the road cars it produced including the Gamecock. Introduced in 1932 it was the first sports Riley sharing its chassis with the companys touring cars. Rather than using a dropped frame layout as with the Nine the Gamecocks straight chassis members sloped front to rear giving a tail-down appearance and the visual impression of speed while at rest a unique characteristic of Rileys sports models of the era. Initially intended for racing with few built the Gamecock was dropped after 1933 but soon begat the MPH Six of 1935 the chassis of which was also made available with a new and advanced 12/4 1496cc four designed by Hugh Rose in 1934. Tuned with a crossflow head hotter camshaft and larger valves the new engine was mounted in the MPH chassis to create the Sprite which debuted at the 1935 London Motor Show. A preselector gearbox and streamlined radiator cowl exclusive to the Sprite were other highlights.Immediately 12/4 Rileys earned a formidable competition record with Freddie Dixon winning back-to-back Tourist Trophy wins in 1935 and 1936 with a car using remarkably standard Sprite mechanicals with revised long tail bodywork. Riley also took the team award in the 1935 B.R.D.C. 500 Mile Race at Brooklands and the marque utterly dominated the 1 -liter class at the 1936 French Grand Prix which was run as a sports-car race that year sweeping 1st through 4th places. Despite those brilliant successes Riley was taken over by the Nuffield Organisation the predecessor to BMC in 1938 and the victorious Sprite would be the marques last sports model. Nonetheless Rileys sporting heritage lived on with a modified Riley by Raymond Mays of BRM developed into a prewar racer that would help establish E.R.A.Rightly these sporting Rileys enjoy a strong following today and demand far exceeds supply for these lithe fast and beautiful prewar cars. Having enjoyed over 37 years under the care of an enthusiastic California-based former owner this 1935 Riley MPH/Sprite Recreation is a truly wonderful restoration and rebuild that commenced during the late 1980s using a 1935 Riley Falcon Saloon donor car. Much of the restoration and rebuild was performed by noted UK experts including Thomas Hamlin of Bridgwater Somerset and Allen Clear. A new frame was fabricated with the Falcon identity and mechanical components rebuilt and installed. The 4-cylinder Riley powerplant was rebuilt and supercharged by UK engineer Derek Chinn and a period-type pre-selector gearbox was sourced and rebuilt with close-ratio gears.The exquisite bodywork was custom-built with underlying framing by Allen Clear and panelled in lightweight aluminum by second-generation coachbuilder Ian Pitney of Pitney Restorations. The Rileys adventurous open cockpit was trimmed in Tan Connolly leather purchased directly from the manufacturer. Painstaking attention to authenticity includes the correct style dash and instruments fold-flat windscreen and racy Brooklands aero screens. While the Riley 12/4 powerplant was delivering 70+ brake horsepower following the rebuild and restoration it now delivers noticeably more output with installation of a set of Fast Road Cams from Keith Pointing.As offered this wonderful Riley exudes an abundance of undeniable charm with an adventurous character. Clearly restored and built to exceptional standards of workmanship and authenticity in the UK by professionals and marque experts it benefits from loving long-term former ownership in California remaining highly engaging with a pleasing patina from adult enjoyment as intended. It begs to driven and enjoyed and will surely deliver an unforgettable experience with every blast down your favorite winding road. Driving helmet and aviator goggles optional! Offers welcome and trades consideredFor additional details please view this listing directly on our website https://hymanltd.com/vehicles/7239-1935-riley-mph-sprite-roadster/ 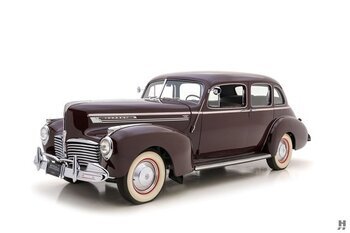 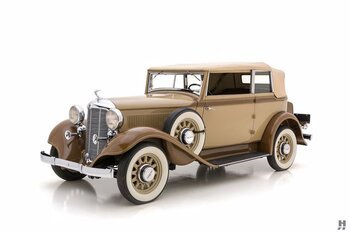 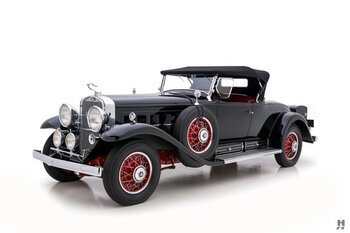 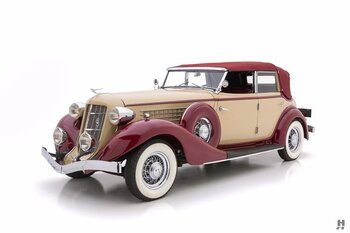