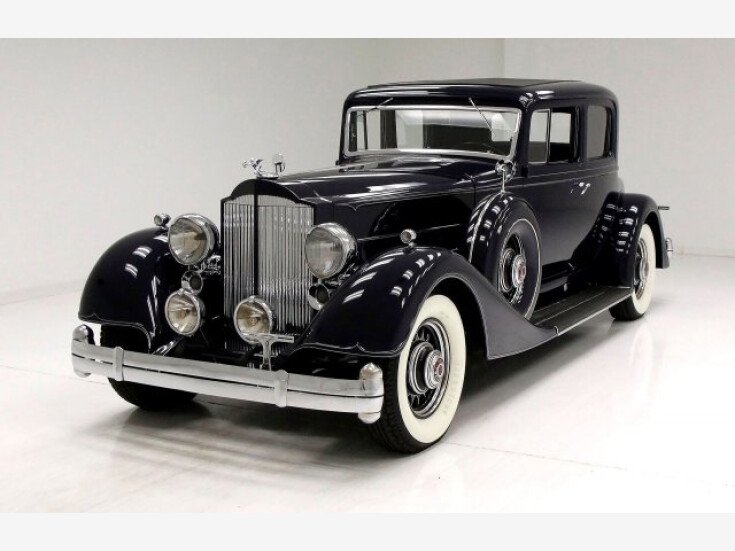 1934 Packard Twelve Coupe Founded by James Ward Packard with two partners in 1899, Packard was an American luxury automobile marque built by the Packard Motor Car Company. Packard automobiles were produced from 1899 until 1958. In 1916, Packard sold 10,645 vehicles. By the 1920s, Packard was exporting more cars than any other in its price class. When the ticker tape rained down on Charles A. Lindbergh during the New York City parade celebrating his historic flight, he was riding in an open Packard. In 1927, Packard sold over 36,000 cars; the following year, over 50,000 were sold. By the end of the 1920s, Packard was outselling every other car in the world. A beautifully preserved example with possible provenance. In his tome, the Magnificent Packard Twelve of 1934, Edward Blend talks about a model as such, and he makes an inference that the car was originally owned by wealthy Kansas City political boss Tom Pendergrass. This car was shipped from the plant to Kansas City and the Reid Ward Motor Company so it may stand to make sense. Exterior Beautifully bathed in Packard Blue, this former Classic Car Club of America first prize winner is equipped with metal artillery wheels, dual side mounted spares with metal coverings, dual driving lights, dual horns and the Packards goddess of speed hood ornament. All straight steel panels with good gaps, and that deep blue is simply mesmerizing. All chrome trim and bumpers are very nice, and a plethora of surfaces are covered with it. Attention to design detail was paramount in this era, and the headlight and turn signal bezels reflect that. Bringing up the rear is a trunk rack fully working and also beautifully chromed. Interior With a charming and extremely comfortable blue wool broadcloth with buttons on the door panels and seats, passengers could be whisked down the road in ultra-comfort. Like 2 overstuffed couches this material also covers the B and C pillars and the headliner of the interior. Areas of lacquered and polished burl are on the doors at the upper rails, as well as the dash. Speaking of the dash, it is nearly showroom with its chromed central instrument panel and gorgeous original gauges. The Packard badge shows up here in the dash, and the original bakelite pinstriped steering wheel center. This car is equipped with a heater, and below which is a sea of navy blue carpet which is pristine. Drivetrain Engineering of the era has taken dual inline 6-cylinder engines and produced this fully restored 445.5 ci V12 which has original and matching stampings to certify it is indeed the original engine. A single 2-barrel carburetor feeds the V12, and a 3-speed synchromesh transmission is on the back. A close look at the photos of this engine bay, and it is bespoken of a fine and meticulous restoration. Undercarriage I cannot say there are any other cars within the confines of Classic Auto Mall that have a finer undercarriage than this car. It literally looks showroom, with shiny black painted surfaces and strong structural steel abounding. Suspension looks literally like it was polished and presents in the form of semi elliptic springs on all 4 wheels. Also, mechanical drum brakes with power assist are noted in their shiny black finery. All this has seldom seen any inclement weather, let alone was driven in it. Drive-Ability Sitting in this car has one harkening back to the days when money grew on trees, and there was little to no income taxes. This created great wealth, and along with it great luxury and pampering for this who could have it within their means to experience such. This car is the embodiment of that luxury in that it runs like a dream, idles so smoothly, and has nice acceleration, and thanks to the synchromesh transmission, can be shifted through the gears simply. It can stop start and run down the road with the best of them, even by todays standards. The magnificent Twelve, with prices starting at $3,820 and soaring beyond $7,700, found only 960 well-heeled buyers willing to indulge themselves in those tough economic times. And right here at Classic Auto Mall we have certainly one of the finest examples of this car available today. 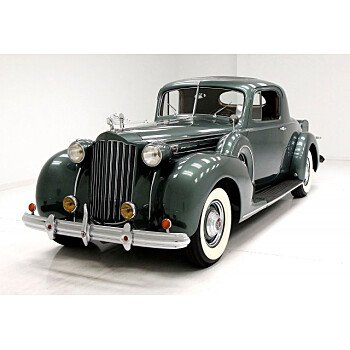