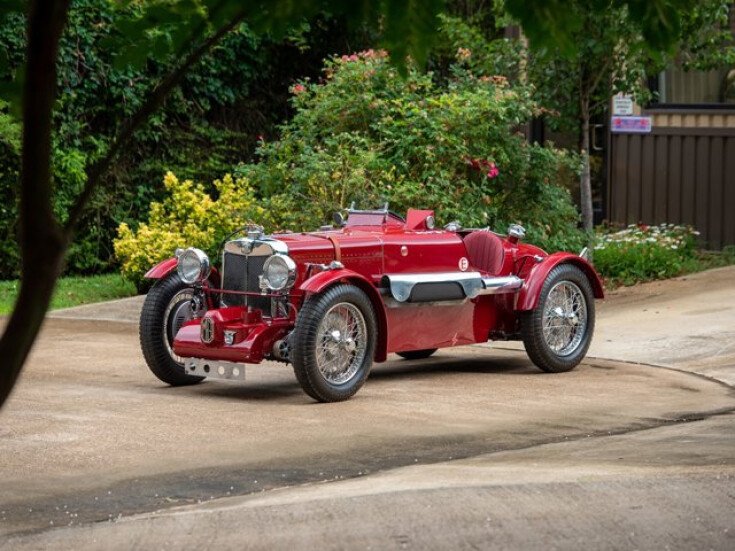 From 1933 to 1934, MG built 33 supercharged six-cylinder racing cars, which would turn out to be the most successful British competition model until the rise of Jaguar. These K3 Magnettes featured a single-overhead-camshaft, supercharged, six-cylinder engine that generated an impressive 124 horsepower at 6,500 rpm from only 1,086 cubic centimeters of displacement. It was the ultimate evolution in a series of victorious supercharged sports racing cars for which MG was very well known in the pre-war era. Power was delivered to the under-slung rear axle through a Wilson pre-selector gearbox, which allowed the driver to select a gear without engaging the clutch, the actual gear change occurring once the clutch pedal was depressed.

The K3 conversion offered here began life as an MG K1 tourer. Given the rarity of surviving K3 cars, highly accurate transformations such as these are widely respected and, in this form, permitted to participate in vintage racing events. Both visually and mechanically accurate, it features fine details such as Andre Hartford shock absorbers, headlamps with stone guards, a single Brooklands windscreen, and wire wheels, including spare, with knock-off hubs. While under the care of previous owner Peter Fenichel, this MG is reported to have turned laps at nearly every circuit and hill climb in the United Kingdom. Additionally, the race car was entered in the 2014 Le Mans classic.

Gene Ponder acquired the MG out of Germany in 2017, and it benefitted from mechanical work conducted by Red Car Restorations of Rockwall, Texas in March 2022. Significantly, the car possesses an FIA Historic Technical Passport valid until 31 December 2025, which eases admission to hill climbs, rallies, and racing events across the globe. Further, a Vintage Sports Car Club Eligibility document is also present.

Undoubtedly one of the most significant MGs ever built, the K3 further established British success in motorsport. This beautiful conversion, offered from the Ponder Collection, will allow its next owner to experience a taste of what made these cars so potent in period, and so thrilling today.
To view this car and others currently consigned to this auction, please visit the RM website at rmsothebys.com/en/auctions/gp22. 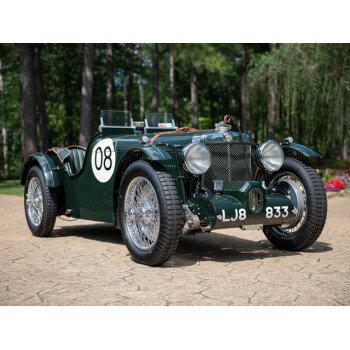 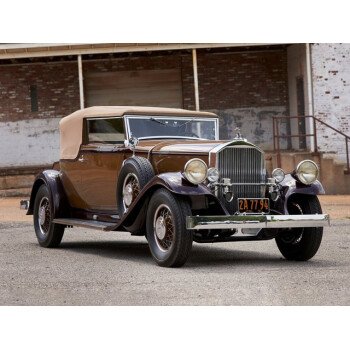 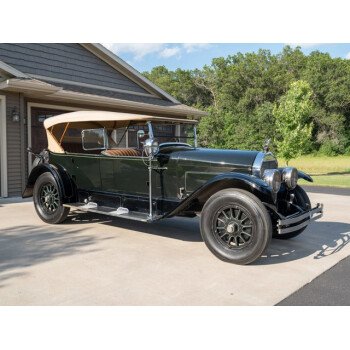 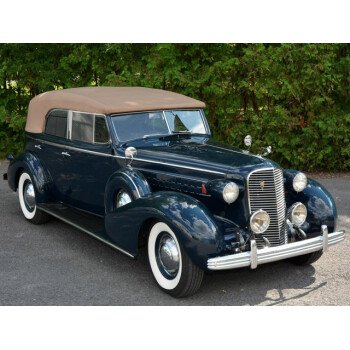