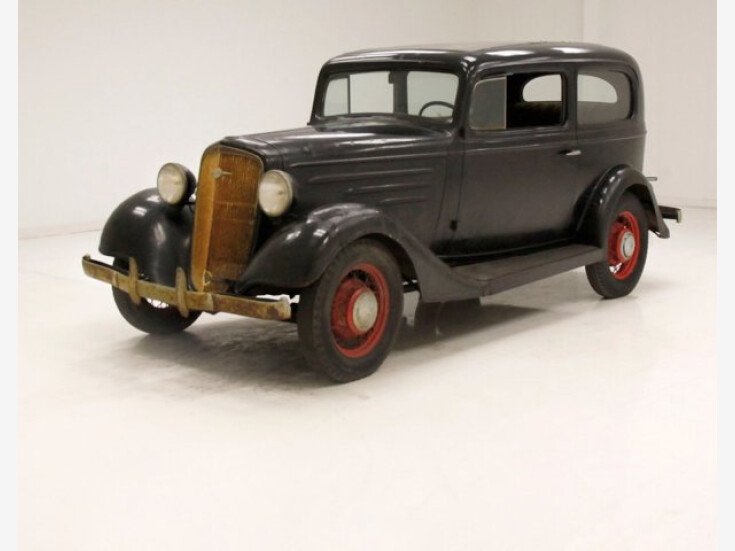 1934 Chevrolet Standard 2 Door Sedan The Chevrolet Standard, (Series DC), was launched in 1933, initially as the Chevrolet Standard Mercury, by Chevrolet as a lower priced alternative to the 1932 Chevrolet Series BA Confederate that became the Master Eagle in 1933 and Master from 1934. It was advertised as the cheapest six-cylinder enclosed car on the market. The Standard was offered in three body styles all on a 107-inch wheelbase: 2-door sedan, coupe and coupe with rumble seat. All bodies were by Fisher and featured no-draft ventilation. All models were powered by a 181ci six-cylinder valve-in-head engine producing 60hp giving the car a top speed of between 65 70 mph. This engine had first appeared in Chevrolets 1929 models, introduced in 1928. The car had full instrumentation. A clock, heater and a radio were options. For 1934, sedan, roadster and touring body styles were added to the catalog. For consignment, this nice barn find Chevrolet Standard. This 2-door early 1930s design with an extra-long body and rear window, canvas top, and cowled hood, running boards and early design, its truly a gangster car. Black paint for the body and for the fenders and running boards, its got nice patina and steel spoked wheels. Please Note: NO TITLE-SOLD ON A BILL OF SALE ONLY Exterior Barn find condition, this exterior is in need of restoration. Lots of chipping, staining, dulling, and surface rust showing through. The running boards are losing their rubber covering, and the fenders both front and rear are also in need of some restoration. They present with paint chipping, rusting, and some cracks. 2 doors are seen on this sedan and display with simplistic door handles in pitted chrome on the exterior. Up front, the once chromed radiator is now presenting in need of restoration with chrome dulling, rust and pitting. Single headlights flank the grille and are attached with a post that mounts to the front fenders. Also, simple bumpers are seen on the front and rear of this car, both needing rechroming. The long cowled hood sports a trio of vent louvers on either side, and covers the unrestored engine bay, and butts up to the radiator cover up front. The roof is a canvas panel and is cracking from age but has not pulled away from the steel substructure. Red steel 17-inch wire wheels are all around and are wrapped in thin rubber tires which have good tread but are showing dry rot in the sidewalls. Interior All original with mohair coverings all over including the door panels, and overstuffed interior seating. Buckets are noted for the front and a bench for the rear, having large tuck and roll panels for all but the bucket seat lower cushions. There are several rips and tears in the fabric of the buckets, but their original shape is still retained. This is the same for the rear bench which has side arm rests like a couch, and no tears or rips. More mohair for the inside pillar covers and the headliner. Up front is the original unrestored dash in black and a centrally located trio of gauges and various pull knobs. A black Bakelite steering wheel fronts the dash and for the floors the carpet is gone exposing the mixture of wood and steel supports that make up the flooring. Drivetrain An olive green inline 6-cylinder engine is within the engine bay, under the cowling hood and shows with patina and surface rust. A 181ci engine it is, and it has a single carburetor on the side and a 3-speed manual transmission is attached to the back. Bringing up the back is a 3.91 geared rear axle. Undercarriage Plenty of surface rust on floor pans, frame, and body hangers, however the only invasive rust is seen underneath is the metal of the running boards. Also, there are plenty of areas which have an excess of grease buildup from years of greasing and maintenance plus being covered by road dirt. Road dirt is present on most of the suspension parts which include leaf springs all around, and mechanical drum brakes on all 4 corners. Drive-Ability We were able to turn the engine over by hand but no attempt to start it was made. Thanks to minimal rust though and the interior that is the original mohair all around, this car has excellent bones as a foundation for a restoration or street rod. A survivor barn find project car, right out of the gangster era, with tons of Art Deco design, and an awesome rear bench mohair seat. 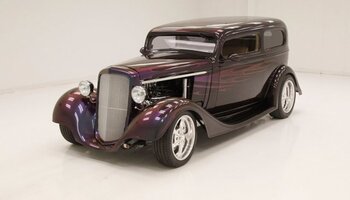 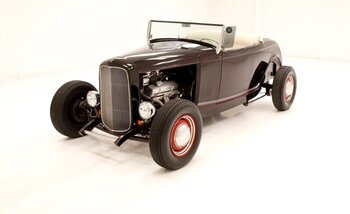 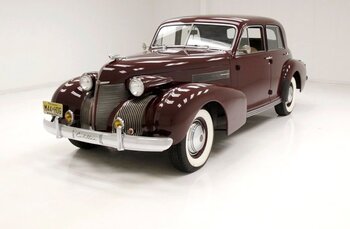