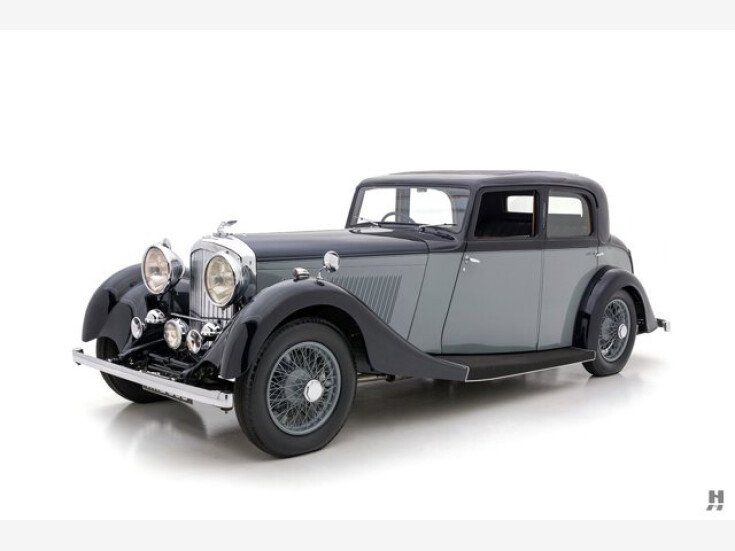 Following the 1931 takeover of Bentley Motors by archrival Rolls-Royce strong demand from loyal customers dictated the development of a new Bentley model. Time was of the essence and expectations were high considering the new Bentley would be the first designed and built under Rolls-Royce parentage at Derby. Tailored for the growing ranks of well-heeled and enthusiastic owner-drivers the new Bentley 3 Litre combined the chassis developed under the 2 -litre supercharged Rolls-Royce Peregrine program and a tuned version of the 3669 CC powerplant from the Rolls-Royce 20/25 equipped with twin S.U. carburetors and an improved crossflow cylinder head to develop approximately 110 horsepower. Power delivery was via a four-speed manual gearbox with synchromesh on third and top gears brakes were servo-assisted and underpinnings comprised parallel semi-elliptic leaf springs front and rear and hydraulic dampers with driver-selectable Ride-Control from 1934. Built upon a 126-inch wheelbase the new Bentley 3 Litre chassis inspired a new crop of decidedly sporting yet elegant body designs mainly from the Britains top custom coachbuilders. Park Ward constructed two prototypes a rakish saloon and a drophead coupe which helped define the primary design language for the 3 Litre. Among the styling cues ushered in by the prototypes were aerodynamic domed fenders that unlocked several mph during testing and a small integral luggage boot. The new Bentley was introduced at Ascot in August 1933 and received positive reviews from the motoring press along with endorsements from top British racers and aviators of the 1930s. Priced from 1100 new for the bare chassis the 3 Litre included full lighting and a comprehensive tool kit. Praised by driving enthusiasts the so-called Silent Sports Car was so successful that demand quickly exceeded supply driving up resale values. Enhancing the cachet of the 3 Litre were its many noted owners in period including the Duke of Kent who surprised many onlookers by emerging from the drivers seat of his car rather than arriving via chauffeur. Other 3 Litre advocates included former Bentley Motors apprentice the Earl of March racing driver Earl Howe band leader Bill Cotton and three-time world land speed record holder George Eyston. The 3 Litre was an important and very successful Bentley and according to marque experts 1177 chassis were produced from 1933 to 1937 with the sought-after model continuing to be produced and available following the advent of the 4 Litre in spring 1935. Fitted with crisp and handsomely styled Park Ward Sports Saloon coachwork by Park Ward this 1934 Bentley 3 Litre bears Chassis Number B157AE and carries fascinating provenance having been ordered new by C.R. (Charles Richard) Fairey the renowned British engineer who founded Fairey Aviation in 1915. The holder of numerous honors for his many contributions to aviation Fairey oversaw the development and production of a long line of aircraft rotorcraft marine craft and rockets including the heroic and deadly Swordfish torpedo bombers of WW II Battle of the Atlantic fame. Awarded the MBE in 1920 Fairey served twice as president of the Royal Aeronautical Society during the 1930s and was knighted in June 1942 while serving as Director-General of the British Air Commission in Washington D.C. According to copies of factory chassis records supplied by the RROC (Rolls-Royce Owners Club) B157AE was ordered by C.R. Fairey on December 21 1933 with notes including a request for special attention to performance and a longer-than-standard (by 2 inches) steering column. Chassis B157AE came off test on March 28 1934 and was sent the next day to Park Ward where it was fitted with Saloon coachwork finished in Black over Brown leather upholstery. Accessories and equipment included special front fenders a strengthening bar around the body a Trico suction-type windshield wiper with vacuum tank a Lucas F157 fog lamp on a special bracket allowing it to swing down as desired and Rolls-Royce 40/50-type front seats. Registered AXY 746 the Bentley was delivered directly to Fairey on July 10 1934. According to copies of the chassis records B157AE was traded back to the factory and resold to its second owner Fairey Aviations test pilot Flight Lieutenant Staniland on December 27 1934. Staniland would also trade the car back to the factory from which it was sold to third owner Tim Rose-Richards the noted British racing driver who also partnered with John Cobb on the mighty Napier-Railton which famously set speed records at Brooklands and the Bonneville Salt Flats. A photograph in marque expert Johnnie Greens book Bentley: Fifty Years of the Marque captures Rose-Richards at the wheel of B157AE at Londons Hyde Park. Rose-Richards followed his predecessors by trading B157AE back to the factory which sold the Bentley to its fourth owner J.W. Peck on April 23 1937. B157AE was eventually sold to the United States with its last recorded owner David J. Carey of Saratoga California who acquired the venerable Bentley on February 24 1977 and it remained in the care of his family until 2022. As offered B157AE is a well-sorted early-production Derby Bentley retaining its original engine numbered K 2 BP and Park Ward saloon coachwork. The subject of a well-preserved older restoration it is finished in an appealing livery of Gray and Navy Blue over Gray leather upholstery. The finish quality is consistent overall with some blemishes noted on close inspection that enhance the usable inviting character. The brightwork is similarly well preserved with good plating and minor pitting noted on the radiator shutters. The gray interior retains its original features along with a charming patina earned through years of enjoyment under the prior long-term Californian ownership. B157AE retains irreplaceable integrity making it an ideal candidate for continued enjoyment on a wide array of classic tours long-distance rallies and club-related driving events. A wonderful example of the first Bentley model produced under Rolls-Royce in Derby B157AE carries fascinating early provenance and it will surely spark many great conversations among Bentley racing and aviation enthusiasts wherever it goes. Offers welcome and trades considered For additional details please view this listing directly on our website https://hymanltd.com/vehicles/7321-1934-bentley-3-1-2-litre-park-ward-saloon/ 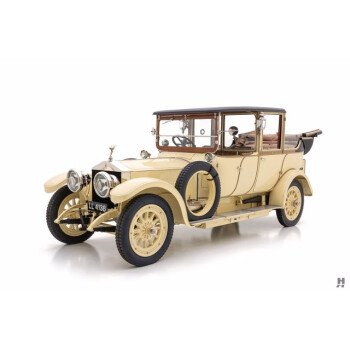 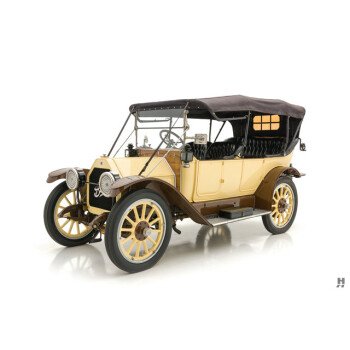 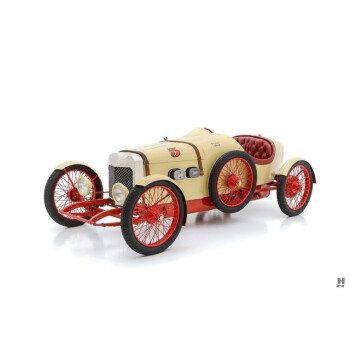 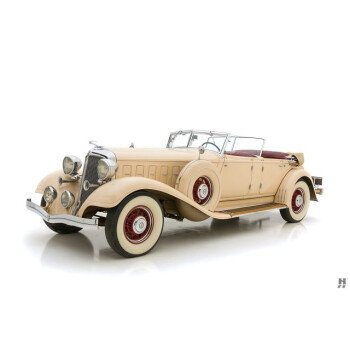