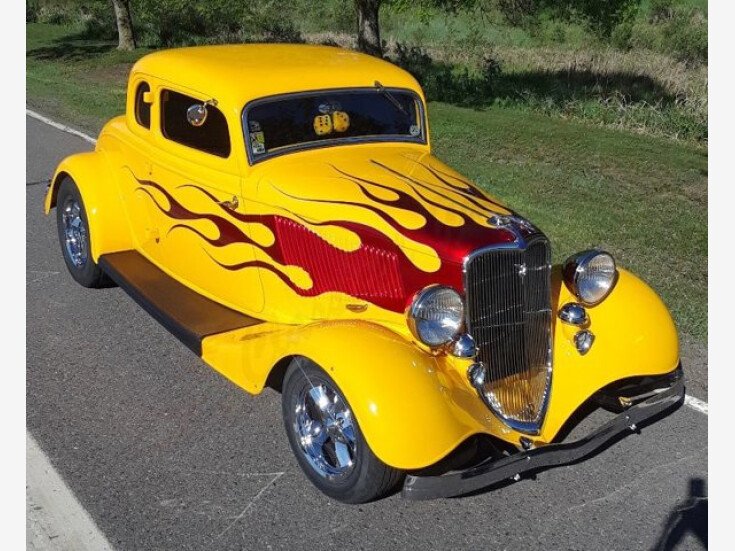 1933 Ford 5 Window Coupe Early Fords have always been popular ever since new but the king has to be the 1932-1934 models. These cars are iconic and have been the basis for some of the coolest street rods on the road. There is an entire hobby that has blossomed out of modifying these cars. While all these Model B years are kind of grouped together there were drastic changes applied between each of them. The 32 no doubt has a cool look but there is something about the sloped grill and wide swooping fenders of the 33/34 that really stand out. They have such a classy look and when modified correctly can be the stand out car at any show they attend. We get it, there are a lot of Street Rods out there to choose from. However, if you are currently in the market for one you really need to take a close look at this 1933 Ford 5 Window. This car is packed with little details that really take it to the next level. The owner/builder of the car is a metal fabricator and the amount of hand created 1 off features this thing has are really astounding. Starting with the body the car is all original 1933 Ford steel except for the fenders, running boards, and tail pan which are aftermarket steel. It has a very subtle chop giving it a great looking side profile and despite the chop the front windshield was modified to still open/close which is a really nice touch you dont see with all chop jobs. The windshield is not tinted but the rest of the glass is. The paint is absolutely beautiful on the car and consists of a 2000 Corvette Millennium Yellow with very cleanly laid out Candy Burgundy flames. The pearl on the candy paint really pops in the sun and the flames are framed with Silver pinstriping. It has been kept in excellent condition due to the bra and bugscreen which come with the car so you can drive it without those typical rock chip worries. The grill is an original 1933 Ford grill that has been rechromed. It still has its front/rear bumpers but they have been pulled closer to the body. Features like that and the ornamental chrome horns are a nice nod to the stock original car. It is that combination of traditional features with subtle customizations which really make this car special. It has aftermarket original style Ford headlights and in back the original taillights have been shortened. It also has an inset 3rd brake light under the rear window for added safety and all the tail lights are LED. Other nice exterior modifications include the filled cowl. The wheels on the car have a beautiful shine and are made by Edelbrock. They are 15x7 inch in front and 17x8 inch in rear with P206/60R17 and 255/60R17 Dunlop tires. Open the beautifully painted and louvered 4 piece hood to reveal the 289 V8 motor. Yes, you read that right, this Ford is Ford powered. You see so many of these style of cars with a crate Chevy motor in them that seeing a Ford motor adds an extra cool factor. Take note of the custom recessed firewall where the flames have also been applied. Th 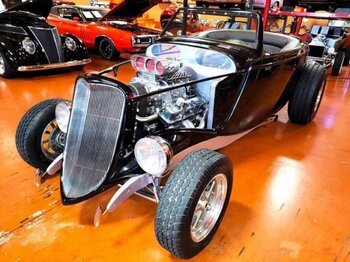 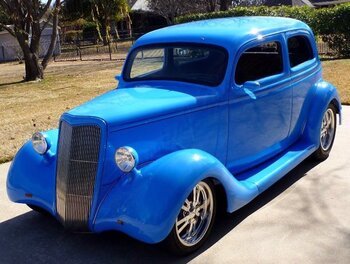 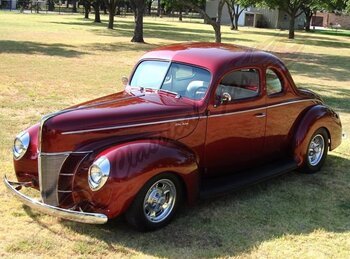 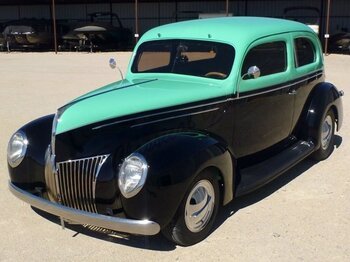