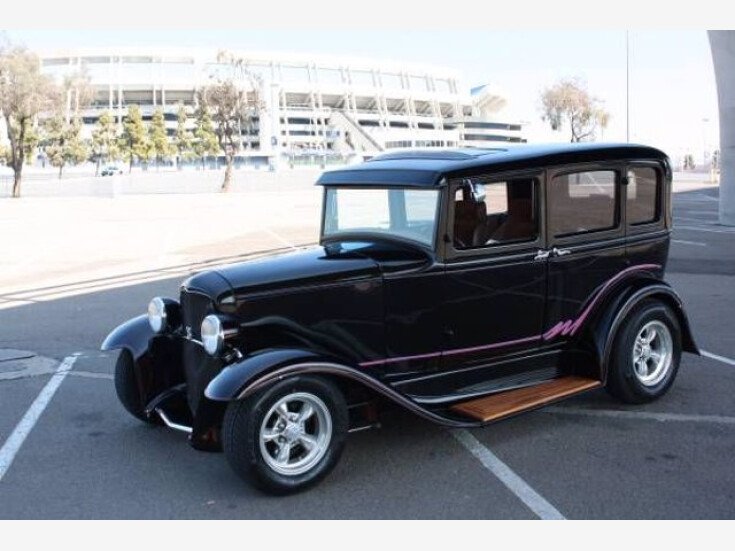 1931 Ford Model A 4 door sedan. The current build on the car was completed in the early 90s. It has been in my family since the late 90s. As far as the body goes, its an original steel Ford production body that has been chopped about 1 1/2 inches. It has a grill from a 1932 Ford. All six of the side windows have the ability to roll up and down and have all been fitted with custom glass due to the chop. The rear doors are suicide doors. The running boards are aftermarket fiberglass reproduction. At the time of the build the original fenders were too far gone which is why they werent used in the build. The paint on the car is House of Kolor Candy Root Beer. It has a gold undercoat that really pops in the sun. The car was pinstriped by Herb Martinez. The engine in the car is 302 cubic inch Ford V8. It has a mild cam, Mallory Unilite distributor, Taylor wires, AFB Carter Carburetor, and short tube headers. It also has billet valve covers and billet air cleaner. The transmission in the car is a C4 automatic trans and has a Ford 9 inch rear end. Front end wise the car is running a dropped axle with transverse leaf spring and 4 link. The rear end has a set of Aldan coil overs and a parallel 4 link with panhard bar. The car has original American Racing Torq Thrust wheels. The interior of the car is finished in a light beige leather with dark brown fabric. The front seats are from an 80s Camaro and have upholstered to match. It has a Wabbit wood dash with a 3 spoke leather steering wheel. The car is also equipped with a Vintage Air AC unit. Current work that has been done to the car is: - All new bushings have been installed in both front and rear 4 links - Both rear coil overs have been rebuilt by Aldan - New tires front and rear - New fuel pump There probably is a lot more information that Ive left out. I have a lot of receipts for the car that have been collected over the years. The car has always been garaged and well taken care of. It has provided many years of enjoyment through driving and going to shows over the years, its time for someone else to enjoy it and make it there own. To say this car gets attention wherever I take it is an understatement, it truly is a unique vehicle that is one of a kind. 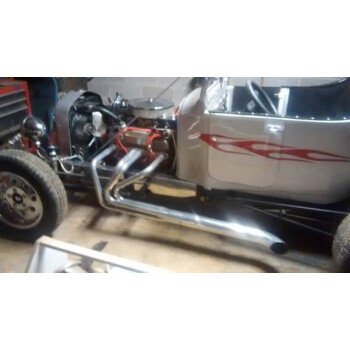 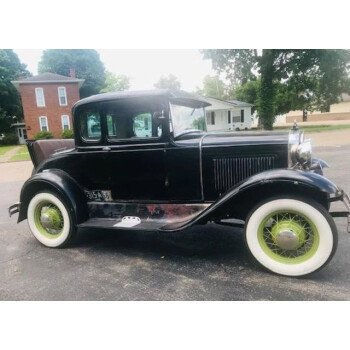 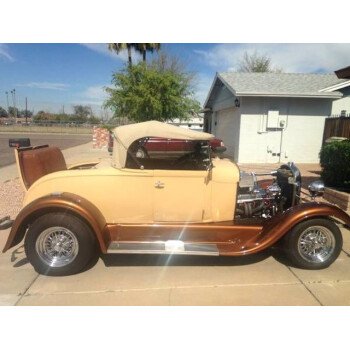 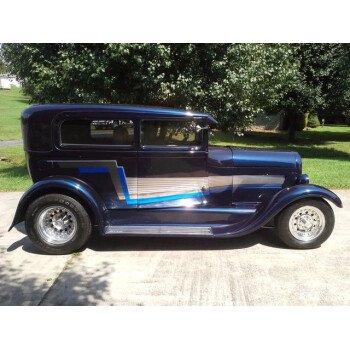