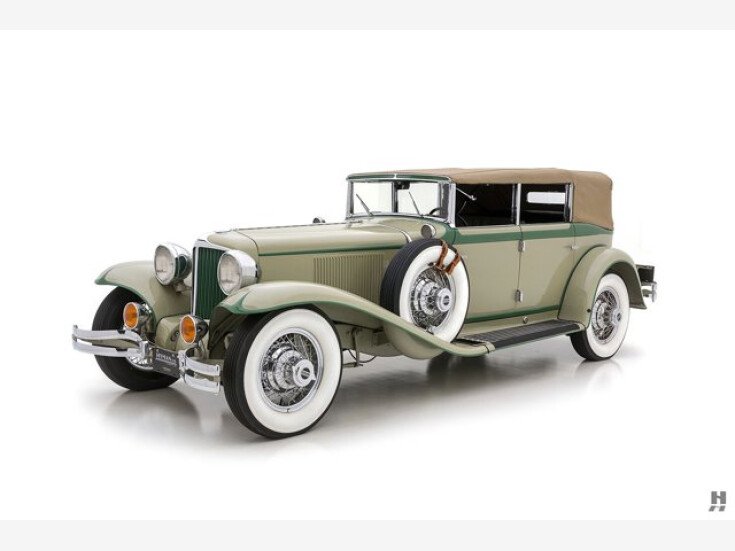 Shortly after Errett Lobban Cord saved the ailing Auburn Automobile Company from collapse he leveraged his success by wresting control of the firm from the board. A driven and ambitious entrepreneur Cord envisioned an American luxury car empire and Auburn provided the ideal foundation. E.L. Cord wasted little time transforming Auburns staid and forgettable lineup into a style and value leader in the mid-priced luxury car market. With Auburn stabilized and successful Cord set his sights on creating a new automobile to take on the likes of Packard and Cadillac. Around the same time E.L. added Duesenberg to his portfolio leaving room for a new luxury marque slot between it and the value-driven Auburn. Never one for modesty Cord slapped his surname on the badge and challenged his engineers to create a car that was as innovative as it was beautiful. The sleek and rakish Cord L-29 debuted in 1929 featuring Americas first front-wheel-drive system with a De Dion front axle designed by the same engineers responsible for the revolutionary Miller front-drive Indy Car.The front-drive layout allowed the body to sit over the chassis rather than on top giving the L-29 its sexy low-slung profile. Cords chief designer Alan Leamy created the spectacular styling distinguished by its gracefully flowing front fenders arcing split bumpers and a narrow body-color radiator shell. It was a stunning design admired by many including Walter P. Chrysler who benchmarked the L-29 for his flagship Imperial line. The L-29 shared the 298.6 cubic-inch Lycoming straight-eight with top-line Auburns albeit turned 180 degrees for the front-drive layout. The engine paired with a modified de Dion front axle which contributed to the Cords excellent handling ability. The factory offered the L-29 in four styles: Convertible Sedan 5-Passenger Brougham Sedan and 2/4-Passenger Cabriolet. In addition a handful of outside coachbuilders took advantage of the low profile to create some of the most breathtaking designs of the classic era. Only 5014 L-29s were built between 1929 and 1932 as the Great Depression took hold and effectively killed the replacement L-30 before it even left the drawing board. A follow-up would not appear for several more years and despite its brief existence the Cord L-29 legacy endures as one of the classic eras most beautiful and desirable production cars.This handsome and appealing L-29 features the factorys gorgeous and versatile Convertible Sedan coachwork with its distinct low roofline and rakish profile. In the care of one owner from 2003 through 2022 this Cord benefits from a well-preserved high-quality restoration. According to the prior owner the L-29 was restored approximately 40 years ago using a highly original car as the basis for the project. It is said to be restored to its factory colors and while no build records exist to verify this it is undoubtedly a beautiful and appealing livery. In the previous owners care it received a new Haartz canvas top in an attractive taupe/green to complement the primary body color. It presents very well with glossy consistent paintwork and a pleasing light patina earned through years of enjoyment and care. Fittings include period-correct amber fog lamps dual side-mount spares chrome wire wheels and whitewall tires.The interior is trimmed in lovely dark green leather and carpet in the front and rear compartments. The drivers seat shows some light cracking and creasing acquired through years of use yet it remains sound inviting and consistent with the cars overall patina. The controls instruments and switches are correct and well-detailed. The top is excellent and fits snug against the roll-up side windows.Lycomings L-head inline-eight is clean and orderly in the engine bay finished correctly in dark green with black enamel ancillaries. It is generally well-detailed showing signs of regular upkeep. Notably the big eight runs beautifully emitting an appealing growl from the tailpipe and on the road the car feels exceptionally refined and well-sorted. That performance and refinement make it the ideal choice for Classic Car Club of America CARavan touring events or similar tours with the active and enthusiastic Auburn-Cord-Duesenberg Club.The Cord L-29 epitomizes classic era grandiosity and elegance and this wonderful example is rich with character and prime for enjoyment on the road or in casual show settings. Offers welcome and trades consideredFor additional details please view this listing directly on our website https://hymanltd.com/vehicles/7240-1931-cord-l-29-convertible-sedan/ 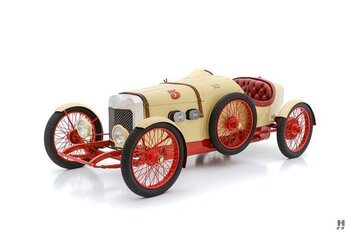 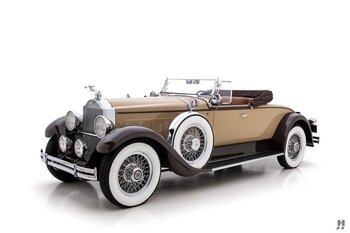 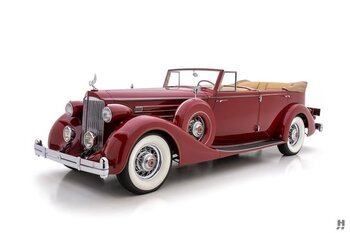 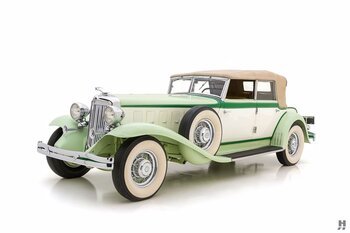