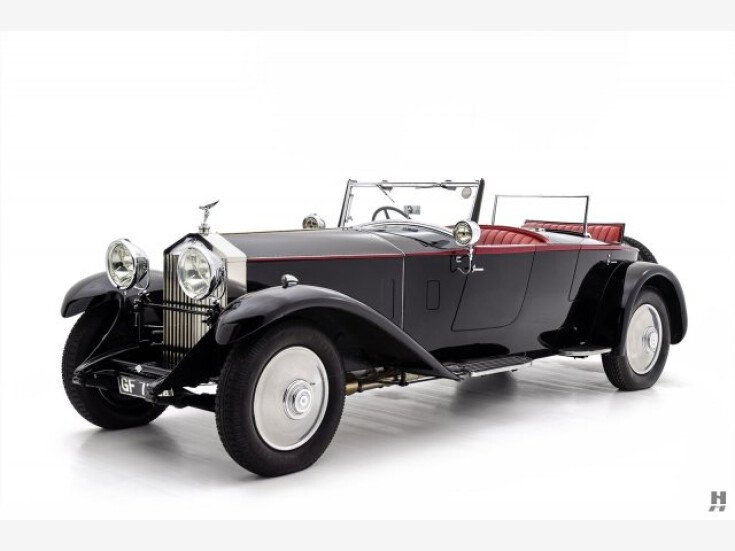 Announced in 1929 the magnificent Phantom II served the role of Rolls-Royces flagship model for six years and set the standard for other manufacturers of luxury motorcars the world over. Central to the new car was a new 7668cc six-cylinder engine that shared only the bore and stroke dimensions with the outgoing Phantom I unit. Key developments included a crossflow cylinder head separate inlet ports improved exhaust manifolds and a bump in compression that released an additional 20 horsepower. Rather than boast about output Rolls-Royces marketing department allowed the unparalleled levels of refinement to speak for them. Paired with the marvelous engine was a new chassis and driveline afforded all around better handling ride quality as well as a lower floor line - much to the delight of coachbuilders who could now fit lower and sleeker bodies at the behest of their clients. Sales of the Phantom II were quite respectable with 1545 examples built through 1935.The great English coachbuilders of the time practiced their craft with the PII chassis with some more successful and prolific than others. Among the most prestigious was Hooper established in 1805. From 1833 on the firm held a Royal Warrant to provide coaches for the Royal Family; an agreement which they sustained for over 110 years. In Hoopers own words their coachwork was reserved for the Royal and the distinguished and their extensive portfolio of designs ranges from the sedate to the flamboyant.Our featured Rolls-Royce Phantom II is a truly striking example wearing one-off and distinctly sporting Two Seater Open Sports coachwork by Hooper. A well-documented example chassis number 23GN has worn this evocative body from new ordered by the noted English businessman sportsman and philanthropist Sir Julien Cahn. RROC records show he ordered this Phantom II on October 18 1929. It arrived at Hooper at the end of February 1930 and the installation of the coachwork (Body Number 7351) was completed by April 1930. It was delivered to Sir Julian later that month registered as GF7844. Cahn took over his familys furnishing business and expanding aggressively ultimately controlling more than 300 stores across England. His philanthropy led to his knighting in 1929 and he was made a baronet in 1934 for his charity work. He is best known for his keen interest and skill in fox hunting and especially in the sport of cricket where he enjoyed a successful career as both a player and team owner.Sir Julians love of sport is reflected in his choice of coachwork for the Phantom II. While most Phantoms were clothed with elegant formal bodies this car is quite the opposite. The body is trim and clean with a purposeful appearance befitting a wealthy sportsman. The design features a lovely boat tail treatment at the rear abbreviated front wings and step plates in lieu of full running boards. Bumpers were omitted from new and dual rear-mounted spares lend a fabulous character making the car appear even lower and longer than it already is. While officially designated a two-seater the unique dual-cowl design can accommodate four passengers thanks to a discreet rear cockpit with a separate folding windscreen. When not in use the seat and windshield fold to create a flat rear deck. Should inclement weather strike unique individual hoods can be erected for both the front and rear compartments.Sir Julien Cahn retained his beloved Phantom II until the outbreak of war when he dutifully donated it to The Ministry of War Transport. After the war it was common practice to return cars to their original owners but as Sir Julien passed away in 1944 the Rolls-Royce was sold to H.S.N Adams in 1946. R.D. Linford was the next owner acquiring 23GN in 1957. In 1964 it was obtained by J.L. Mackinlay who was an active R.R.E.C. member and who regularly enjoyed the car for many years. In 1988 23GN was still in England owned by broker and colorful character Charles Howard. In 1991 Howard sold it to an American collector Ken Behring. It remained in Behrings collection through 1997 when it was sold to David Hogue who then commissioned a comprehensive professional restoration adorning the car with the striking black and scarlet livery it wears today.Following its magnificent restoration the Phantom II debuted at the 1997 Pebble Beach Concours dElegance where it received the coveted Lucius Beebe Memorial Trophy. It subsequently earned a CCCA Senior award in 2003 and was invited to return to the lawn at Pebble in 2018. This car appears in Lawrence Daltons Coachwork on Rolls Royce (p. 128) in Charles Howards An AUTObiography (p.194) and in the December 2005 issues of Road & Track magazine which covered the inaugural 1500-mile Pebble Beach Motoring Classic a copy of which is included in the file.Over the years 23GN has been well maintained with the restoration maturing slightly through regular use and enjoyment. The black paintwork is gorgeous and the body finely detailed with period-correct accessories including Lucas King of the Road headlamps and spot lamps. Polished alloy wheel discs and black wall Michelin tires maintain the purposeful and sporty appearance. Front and rear cockpits are trimmed in matching red hides with exquisite woodwork and restored original instruments adorning the dash. The rear compartment houses a set of factory PII tools. In addition front and rear weather equipment and copies of the chassis card and build records will be included in the sale.In approximately 2014 23GN returned to England where Graham Moss of R.C. Moss performed a mechanical overhaul. In the interest of comfortable and reliable touring a heavy duty Laycock P-Type overdrive unit mates with the original four-speed manual gearbox. The under-bonnet presentation is good. A unique and distinguished motorcar with documented provenance this exciting Phantom II will be a welcome addition to the most discerning collections sure to provide countless miles of motoring pleasure. Offers welcomed and trades consideredFor additional details please view this listing directly on our website https://hymanltd.com/vehicles/6331-1930-rolls-royce-phantom-ii-two-seater-open-sports-by-hooper/ 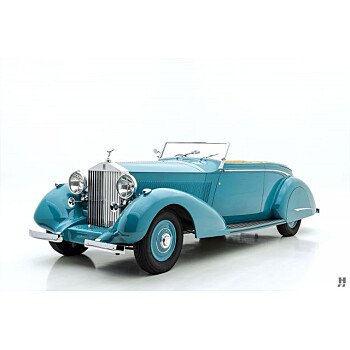 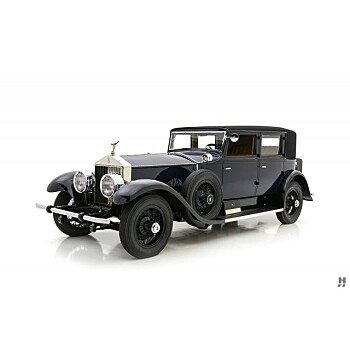