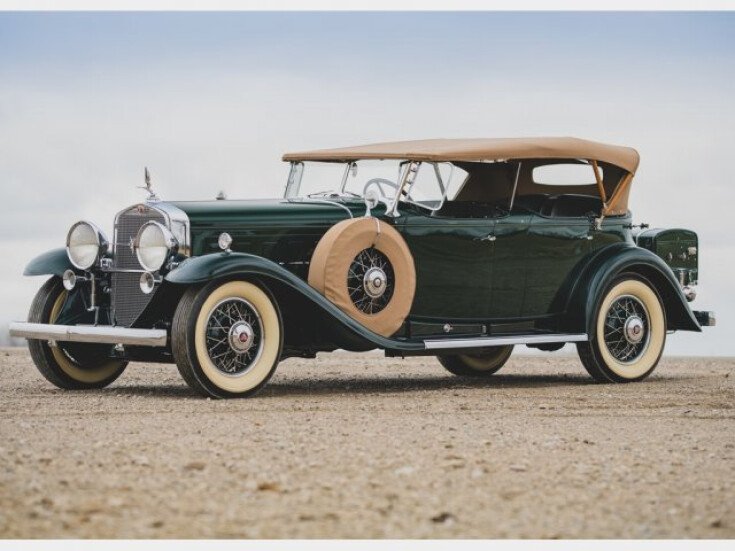 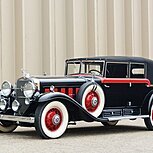 One of the most beautiful bodies mounted to the early Cadillac V-16 chassis was the sport phaeton, body style 4260. A modern update of the traditional dual cowl phaeton, which provided a second cowl and windshield for the rear-seat passengers, it had a windshield mounted directly behind the front seat. This windshield could be raised and lowered in and out of the seat by means of a small hand crank, thus refining the lines of the car by removing the bulky and awkward second cowl. Typical of designs for this chassis, it had excellent proportions thanks to a very long hood and low beltline, and it looked spectacular with the top either up or down.

Only 85 sport phaetons were built for the V-16 chassis in 1930 and 1931 combined. Cadillac historians record the existence of seventeen authentic survivors. It is worth noting that one of the seventeen represents the V-16 in General Motors own corporate Heritage Collection high praise, indeed.

The sport phaeton with engine no. 702515 was originally delivered by the Towell Cadillac Company of Cleveland with the notation Tag P.W. Harvey. Perry Williams Harvey was a multimillionaire leader in Cleveland business and political circles; married into the politically prominent Hanna family, he was also an avid sportsman and collector of rare books. He died in 1932; thus, his ownership was unfortunately brief.

The cars next known owner was Bennett Hammond of Brandy Flip Farm in Nicasio, California, from whom Joseph Runyan of Pasadena purchased it in 1952. Mr. Runyan would recall later, with no small amount of bemusement, that he paid $25 for the car. It had been abandoned on the Hammond property, and the seller was simply thrilled to have it out of his way. The new owner set about restoring it. Reportedly he spent $2,500 on the job, a figure that at the time seemed outrageous for fixing up an old car. The result, complete with a hand-rubbed paint job literally applied under the Runyans backyard shade tree, won numerous prizes in West Coast competition.

This was among the first V-16 Cadillacs to be treated as something unique, different, and special not just an old car, but a collectors item. As the great Classics began to achieve collectability, the finest examples were the first to be noticed, and Mr. Runyan had the best V-16 sport phaeton around. Accordingly, it appeared in the pages of Roy Schneiders Sixteen Cylinder Motorcars and in Maurice Hendrys Cadillac, Standard of the World: A Complete History. It was also the subject of a feature article in the October 1967 issue of Car Classics.

Mr. Runyan held on to the V-16 for the rest of his life; meticulously restored and maintained, it was famously the sport phaeton that was universally desired but could not be bought. He began a fresh restoration in the early 1990s, completed shortly before his passing in 1995, with the color changed to the wonderfully subtle shade of Bottle Green. When the Runyan family decided to part with the Cadillac, legendary sportsman and Classic collector Otis Chandler was the first to express his interest. Mr. Chandler endeavored to complete a careful refreshing of the restoration, resulting in a 95.25 score and 2nd in Class at the Classic Car Club of America Grand Classic in July 1997. It was later invited to be shown at the Pebble Beach Concours dElegance, appearing in 1998 and receiving 3rd in Class.

The car subsequently would become one of the treasured favorites in the Chandler collection, steadily remaining while multiple other V-16s came and went over the years. Like Joe Runyan, Otis Chandler had bought the sport phaeton for keeps. Only after his passing was it acquired, in 2006, by Keith Crain, with whom it has now remained for 14 years. Its last appearance at Pebble Beach was in 2009, and thus it is now eligible to be displayed once again by a new caretaker.

The Runyan-Chandler sport phaeton remains what it has always been: a beloved, respected, almost universally known car in V-16 circles. It was, after all, one of the cars that started it all the one every enthusiast remembers from the magazines and books of his childhood.To view this car and others currently consigned to this auction, please visit the RM website at rmsothebys.com/en/auctions/am20. 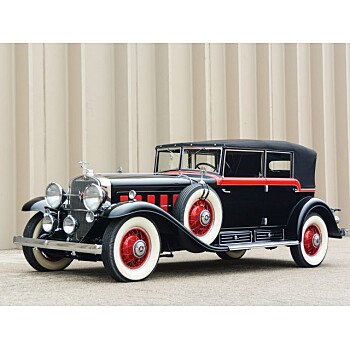 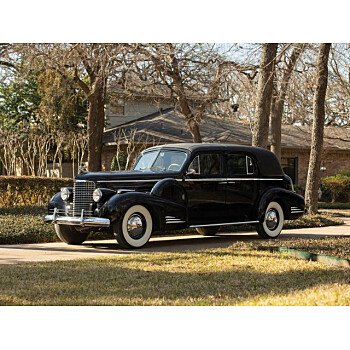