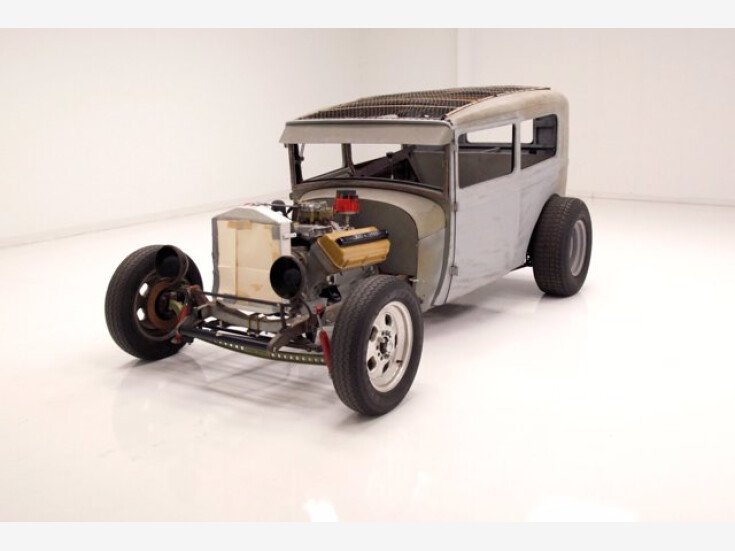 1929 Ford Model A Sedan The modern definition of a rat rod is a custom car with a deliberately worn-down, unfinished appearance, typically lacking paint, showing rust, and made from cheap or cast-off parts. These parts can include non-automotive items that have been repurposed, such as using a rifle as a gear shifter, wrenches as door handles, and old saws as sun visors. A rat rod may or may not have extraneous decorations but will always exude a great deal of personality due to the imagination required of the builder. For consignment offering a 1929 Ford Model A Sedan. This car is boxed and channeled, has a DeSoto power plant, a drop axle front end, stainless brake lines, a Ford 9-inch rear, disc brakes, a coil over kit, and looks down and dirty. Some may say unfinished, others would describe it as rat cool. Either way, a mechanically sound wolf in a metal jacket rough looking sheeps clothing on the outside. Needing a finish off of the interior and possibly exterior. Exterior A Classic Auto Mall first with a wood framed roof insert surrounding a chicken wire stapled on roof, I assume serving as a temp roof until the eventual buyer has a chance to get the vinyl insert made. Back in 1929 they did not have the technology to make a solid roof, so inserts were commonly used, generally not in chicken wire, but vinyl! Remaining steel panels for the body have a light gray primer on them, and some have been smoothed more than others, so various states of completion for the body. No rust seen though, and upfront an all new aluminum radiator in the old style, flanked by a single glass-less headlight casing on either side. No glass for the box, and on back some vintage Caddy taillights, looking more like rocket tips than taillights, and these are Frenched into the rear bodywork. 15-inch Weld Rodlite wheels are on all 4 corners with 26x7.50-15s on front, and 255/70R15s on back. No fenders and sans bumpers this car is the basics. Interior Left up to the imagination of the next builder who will diligently take over and use this open palette to express their inner luxuries, or lack thereof, on the passenger compartment. A tall shift lever does rise from the transmission, and we know the driveshaft is included with this car as it sits in the passenger compartment. Otherwise have at it! Drivetrain A 330ci Hemi donated by a 1956 DeSoto Fireflite has undergone a total rebuild. A single 4-barrel carburetor is now atop, and a TH350 3-speed automatic is behind this mill, pushing power rearward to a Ford 9-inch rear axle. Undercarriage As noted, the build spared no expenses when it comes to the best of the structure and suspension. Here we see some of the fruits of that labor, with GM crossmember chassis engineering. Up front a 4-inch dropped axle Super Bell Posey Super Slider spring 3 bar speedway setup. There are also QA1 Shocks with a coil over kit and disc brakes. A parallel rear 4 link kit is on the back, as well as a rear Panhard bar kit, and more disc brakes all with stainless steel lines feeding them. Smack dab in the middle of the reconstruction phase with some of the dirty work already done, plenty of good add ons for the mechanicals, they just need to be buttoned up. This empty canvas, now rat rod can go from rough and tumble to sleek and sexy or stay where it is, and have her runnin with some wrenchin. Oh, and dont forget the interior! 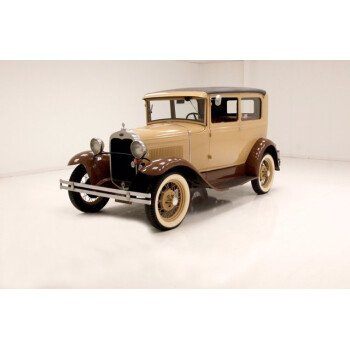 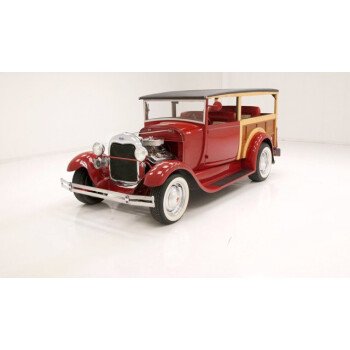 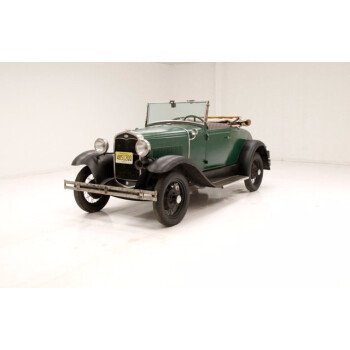 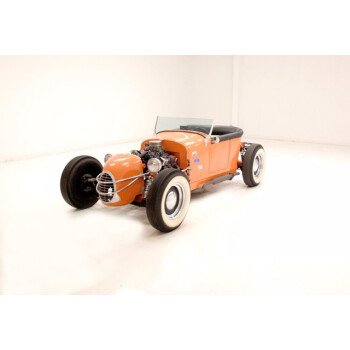