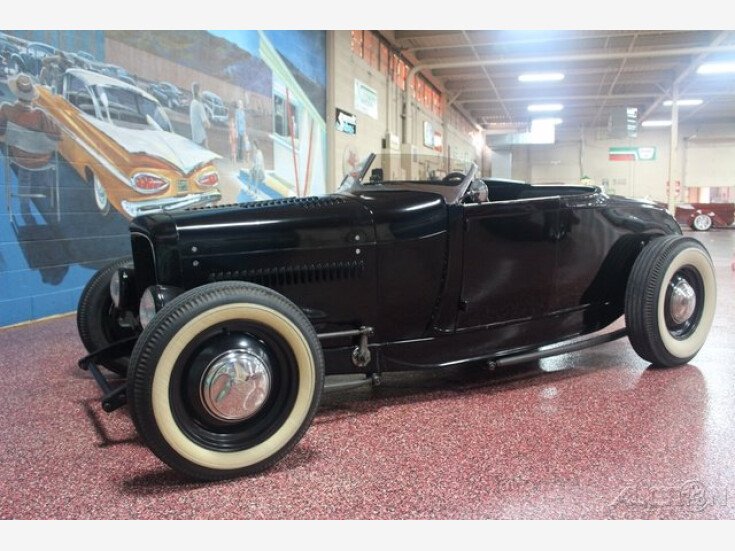 This mean looking 1929 Ford Roadster follows in the time tested tradition of building Ford hot rods, a process that developed through years of high speed testing on the dry lakes and wide open roads of sunny Southern California. Roadsters such as the one offered here are generally referred to as traditional hot rods for their adherence to period correct components, functional appearance and mechanical simplicity that characterized the cars that were built in the early 1950 s. This hot rod is constructed atop a 1932 ford frame, with a deuce grill shell, a dropped front axle, and a radically raked Dual vee d windscreen. This classic Rod features a powerful 460 ci Cobra Jet V-8 engine backed by a 4 speed manual and a robust 9 inch rear which is held in place by an equally rugged 4 link suspension. From every angle it is clear that this Roadster has the right look. Stance and wheel choice define the attitude of any hot rods and this car has wisely been equipped with the period correct wheels with skinny bias ply tires.The fenderless bodywork has a great period correct character and the black paint, well worn interior, and several trails of louvers along the hood and rear deck complete the image of the 1950s.In addition, this roadster is outfitted with a soft tonneau cover providing a nice touch that harkens back to the early days of dry lakes racing! The body of this car is all steel Brookville, carrying an honest patina, with aesthetic and worn in character. This is based on the fact that is car was built in the 90 s and has around 100k miles on it since as it was used as a daily driver for many years! The previous owner of this car was an avid early hot rod enthusiast and is said to have driven this car at El Mirage and Bonneville dry lakes for many years which has also added to the patina! This car appears in THE MODEL A CHAPTER of Bo Bertilssons popular book RODS AND CUSTOMS and was featured in HOP UP magazine many years ago. THIS 1929 FORD ROADSTER IS VERY DRIVABLE AND SHOULD APPEAL TO THE HOT RODDER AND DEEPLY INGRAINED PURIST AS WELL AS THE CASUAL VIEWERS ALIKE. FOR THE PRICE OF A NEW GLASS-BODIED, BILLET-CLAD FAUX HIGHBOY ONE CAN DRIVE THIS ALL-STEEL ROADSTER AND EXPERIENCE THE TRUE FEEL OF EARLY HOT-RODDING. 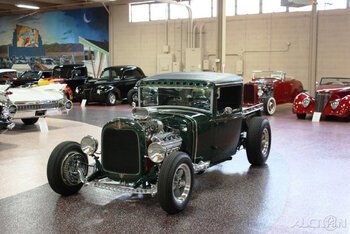 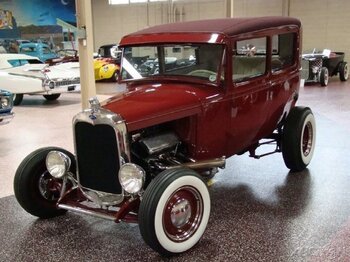 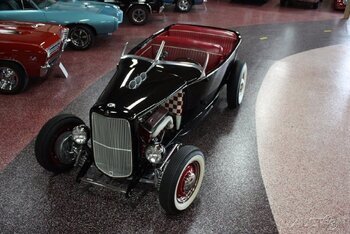 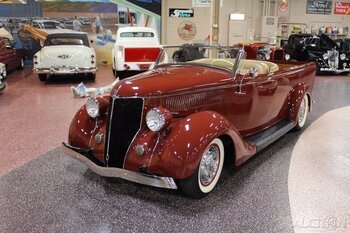